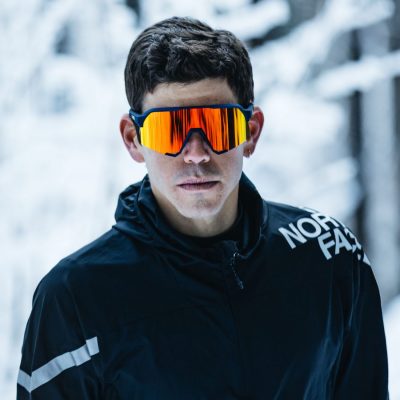 SAN DIEGO, California – March 10, 2020 – 100%®, the San Diego-based sports performance company, is excited to announce the addition of Pau Capell, Fernanda Maciel and Judith Wyder to its growing roster of elite athletes. The trio of stars are the first runners to join the 100%® squad and have assisted in the design and development of the most technically-advanced running eyewear in the world.

“This marks the start of something big for 100%. For a long time, we’ve worked with athletes who run as part of their cross-training, but this is our first-time designing eyewear for—and with—elite runners. We’re stoked to work with this remarkable group of athletes to develop something that will set a new standard in performance run optics,” said Co-founder Ludo Boinnard.

Later this month, 100% will debut its first collection of run-specific eyewear, handcrafted to be the lightest and strongest on the market. Designed with new materials and methods never before used in performance optics, 100% is ready to set a new standard in light-weight, flexibility and durability for runners, triathletes, cyclists and athletes from all walks of endurance sports.

Capell, who hails from Barcelona, has been one of the most decorated ultra-runners in Europe over the past six years and won the Ultra Trail World Tour overall title in 2018. Last year he stunned the ultra-running world by breaking away at the start to win the prestigious Ultra Trail du Mont Blanc. Finishing in 20 hours and 19 minutes, he became the first non-French winner of the event in eight years. He went on to win all four Ultra Trail events he raced last season to win his first World Tour title. Last weekend he won the third round of the 2020 Ultra Trail World Series at Trans Gran Canaria in the Canary Islands.

Maciel has finished in the top three of the Ultra Trail World Tour rankings each of the past two seasons and has four podiums at Ultra Trail du Mont Blanc. The Brazilian, who lives Chamonix, France, is one of ultra-running’s ultimate trail blazers, and was the first woman to run up and down Aconcagua (the highest mountain in South America). She also holds the women’s world record for running up and down Kilimanjaro (the highest mountain in Africa), which she did in just 10 hours and six minutes.

Wyder, from Bern, Switzerland, is one of the most decorated and versatile endurance athletes on earth. She’s a former world champion in orienteering and is now a dominant force in trail running, winning last year’s Golden Trail World Series. Competing at the Annapurna Marathon in Nepal last fall, Wyder sealed the GTWS title with a dominant win on a course that included 12,000 feet of climbing.

“What these athletes put their bodies and equipment through is unfathomable for most endurance athletes,” Boinnard said. “When you’re running up and down the biggest mountains on earth, every extra gram counts, and field of vision and protection from the elements become paramount. Working with these three amazing athletes, we’re confident we have something that will reshape the way runners feel about eyewear.”

Check out all of the latest 100%® styles and technology at 100percent.com.

100%, based in San Diego, California, is an independent premium sports brand with a focus in performance eyewear, technical apparel and sports protection. 100% empowers today’s most demanding athletes with the performance technologies and gear they need to compete at the top of a wide variety of sports.

The 100% brand has been synonymous with Motocross Americana and linked to many iconic moments that laid down the roots of what is modern Motocross. 100% dates back to the early 1980’s when the popular logo graced the factory racing equipment of the biggest stars in Motocross.

Smartwool Will Recycle Your Old Nasty Socks, Even if They Didn’t Make Them

Outdoor Brands That Guarantee Their Gear for Life, 2021 Edition