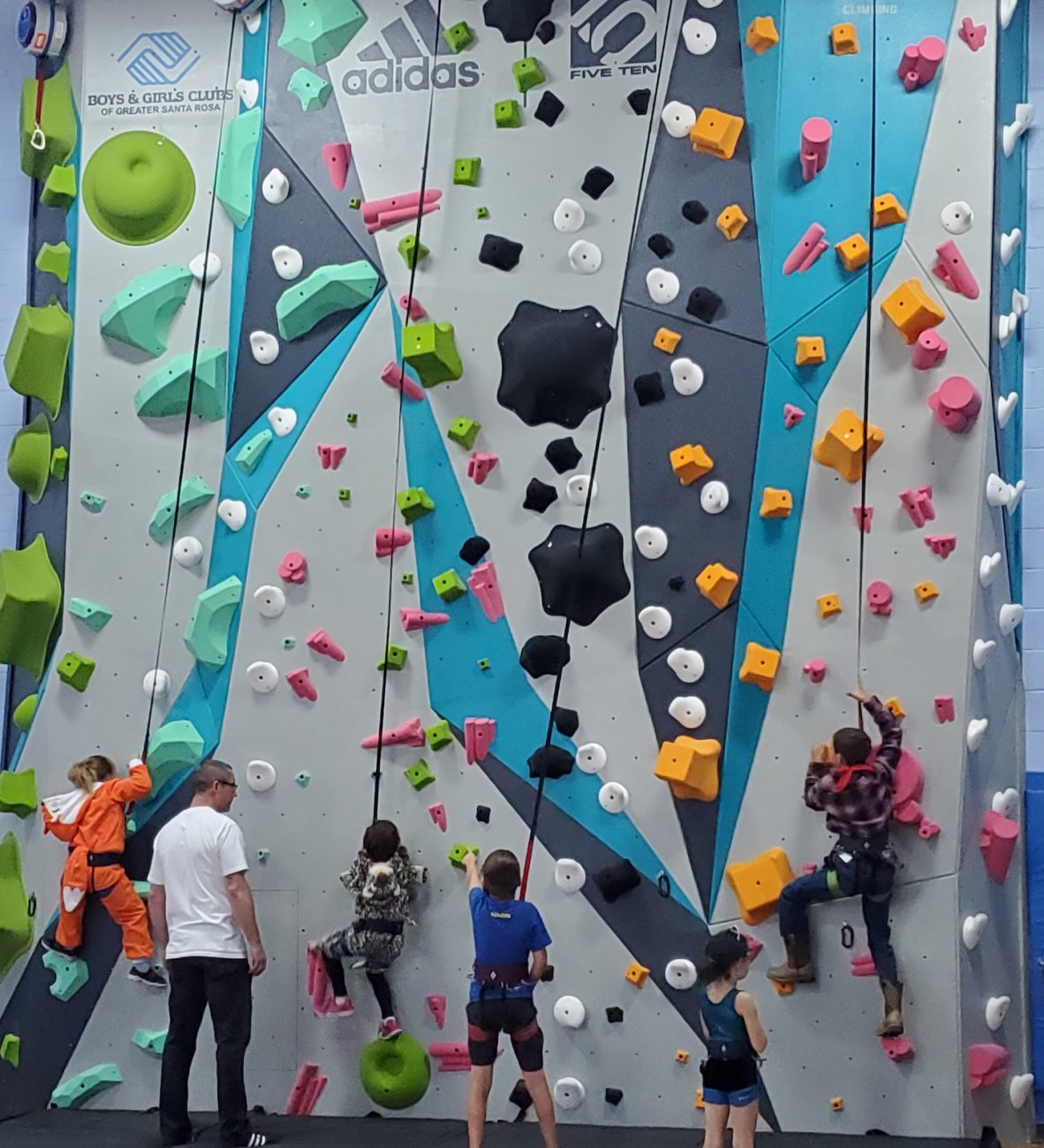 LOUIS, Miss. (Tuesday, Dec. 4) – The 1Climb Foundation – founded by professional rock climber Kevin Jorgeson – gets one step closer to its goal of introducing 100,000 kids to climbing today as it unveils its first wall in partnership with adidas Outdoor. The flagship wall is located in Jorgeson’s hometown, Santa Rosa, California, at the local Boys and Girls Club of Greater Santa Rosa.

The Santa Rosa wall brings climbing to the 1,500 kids the Boys and Girls Club serves each year; giving them the opportunity to gain confidence through learning new skills, connecting with new friends and mentors, and most importantly, having fun! The Santa Rosa wall is the first of ten walls 1Climb + adidas Outdoors are planning to open over the next two years in Los Angeles, Chicago and New York. In addition to adidas Outdoors, each wall is made possible by Eldorado Climbing Walls, SoILL climbing holds, Head Rush Technologies I TRUBLUE Auto Belay, and Black Diamond harnesses.

“Climbing fully changed the trajectory of my life,” says Jorgeson. “Building a climbing wall is the perfect way to give back – to the club and community. My hope is to inspire the kids of Santa Rosa by bringing 1Climb to my hometown.”

“We feel so lucky to be partnering with 1Climb and adidas Outdoor, as well as a committed supporter and major donor, Tricia Dickinson,” says Amber Heidtke, Executive Director of the Boys and Girls Club of Greater Santa Rosa. “Tricia is a good friend of Kevin and the club, and without her generous support, the wall – and all that it brings to our club and community – would not be possible.”

1Climb was founded in 2017 by Jorgeson and Dan Chancellor, the founder and owner of SoiLL Climbing Holds. The foundation started with the goal of introducing 100,000 kids to climbing. Today, 1Climb has opened four walls (including Santa Rosa) in Boys and Girls Clubs in California and Missouri, and has introduced more than 8,400 kids to climbing.

For more information about the Boys and Girls Club of Greater Santa Rosa and their climbing program, visit www.santarosaboysandgirlsclub.com.