ATRA helps get the Vote out for G.O.A.T. 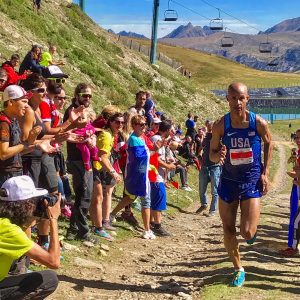 Cast a ballot for the Greatest (mountain runner) Of All Time

Colorado Springs, CO – The American Trail Running Association (ATRA) is supporting the effort of the World Mountain Running Association (WMRA), to recognize the amazing achievements of mountain runners worldwide. To this end, the WMRA has taken a look back at some of the “greatest of all time” athletes in mountain running history and generated a list of six men and six women with the goal of crowning the #WMRAGOAT.

The list of 12 athletes includes one athlete from the United States, Joseph Gray. This 36-year-old resident of Colorado Springs has amassed a storied career in mountain running over the past 14 years. Gray’s hard work and consistency is best illustrated by the fact that he is an 18-time U.S. National Champion. He won the World Mountain Running Championships in 2016 and 2019, and is the U.S. record holder for the Mount Washington Road Race. Gray has also won the Pikes Peak Ascent, has an impressive collection of FKTs and he’s come second at the internationally renowned Sierre-Zinal Mountain Race in Switzerland. He’s also an incredibly adaptable athlete, having run cross country and track at the collegiate level and he also has a long list of snowshoe accolades. Gray is a passionate advocate for giving back to the sport, particularly with his Project Inspire Diversity grassroots program aimed at seeing inspiration and motivation among young minority distance runners.

Obviously these sorts of lists are never perfect and they can be subjective. The WMRA based the selection of the 12 athletes on results achieved, but also on contribution to the sport.

In 1984, the World Mountain Running Association (formerly called ICMR) was formed with Angelo Biasi as President.  Since that time, annual International competitions have been held to test the World’s best mountain runners both seniors and junior (U20) runners.  From 1985 until 2008 as a World Trophy and since that time as an official World Championships recognized and held under the jurisdiction of the IAAF (now World Athletics).  Presently, the WMRA also holds competitions for Masters’ runners as well as Under 18 year-old-runners.  A World Cup of Mountain Running is held as well as the Long Distance Mountain Running Championships.

ATRA is a non-profit 501 (c) 3 corporation based in Colorado. Founded in 1996, ATRA’s mission is to promote trail running, mountain running, ultrarunning on trails, and to provide resources for race directors and participants in our sport. To learn more about ATRA and the Event Standards Program, visit www.trailrunner.com.

ATRA will again partner with Active at Altitude for the eighth annual US Trail Running Conference slated to be held October 21-24, 2020 in Fayetteville, AR. Additionally, ATRA is the fund raising arm for the U.S. Mountain Running Team.

Nepal suspends access to Mount Everest after a local virus case is detected.