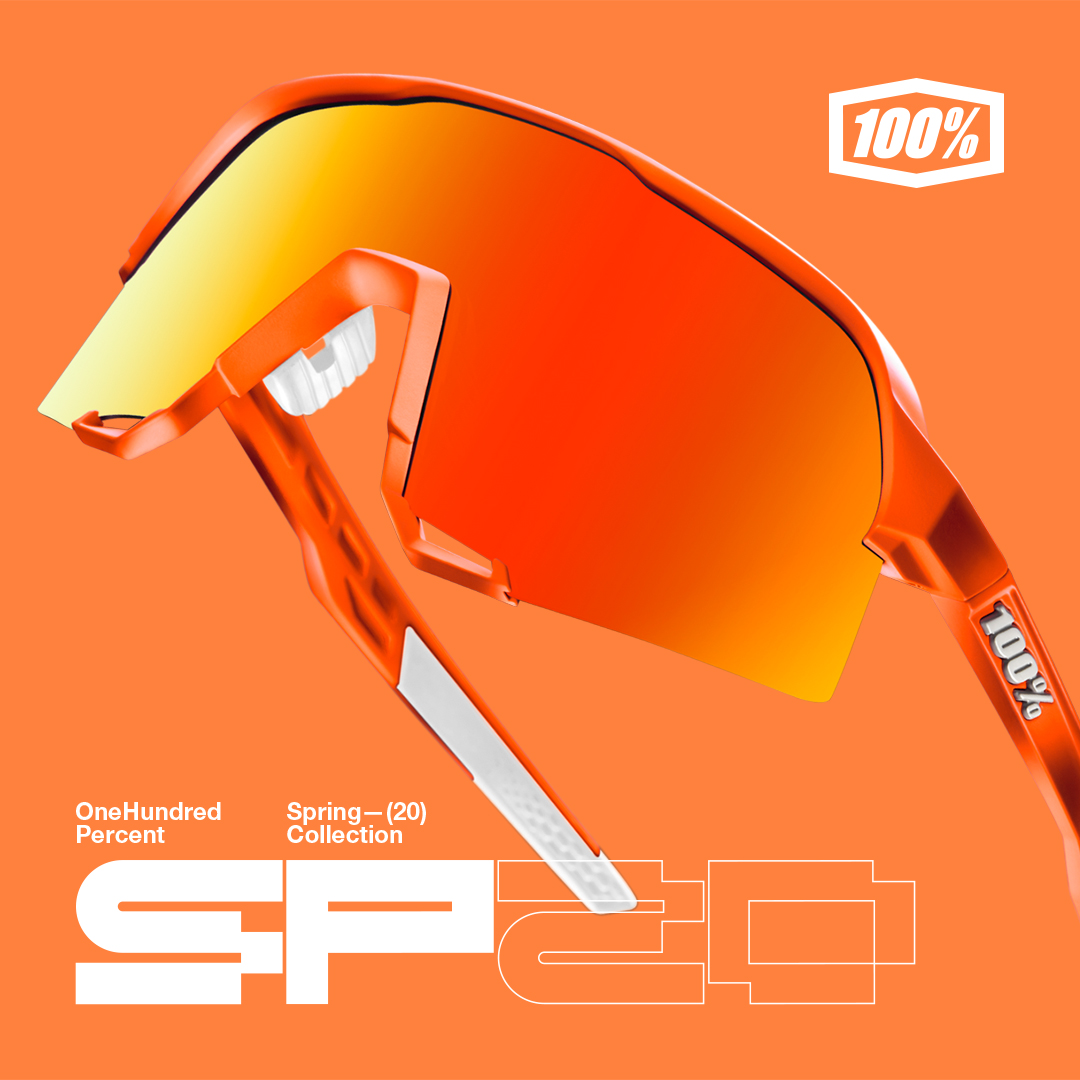 “The greatest recognition in cycling is racing with the rainbow jersey of the world champion,” says 100% CEO Ludo Boinnard. “We wanted to make something unique, so this Sunday—when MVDP lines up once more against the world’s best—his one-of-a-kind neon orange S3 shield will let the entire world know that this proud Flying Dutchman is there to defend the title for his native Netherlands.”

The limited-edition S3 model features 100%’s top-of-the-line HiPER® Red Mirror lens. They are designed in California and made in Italy, with a cylindrical shield Ultra HD lens manufactured in France. The unique shape gives riders subtly softened angularity, while retaining the definitive look of unwavering power—which is especially true on the face of the multiple-time national, European and world champion.

The HiPER® Red Mirror lensis the perfect lens to boost contrast and definition in all weather conditions. The unique lens exposes shadows in the dark and also provides riders with a soft brightness in the sun that doesn’t overwhelm. 100%’s original HiPER® lens delivers unmatched protection while helping riders see more of what matters, no matter the conditions.

Van der Poel has long been recognized as a cyclocross phenomenon, and he’s now known as the most versatile cyclist on earth, winning everything from one-day classics to stage races to mountain bike championships. This April, he’ll defend his title at the famed Amstel Gold Race, racing for UCI ProTeam Alpecin-Fenix. Van der Poel adds to 100%’s world-class roster of cyclists, which includes seven-time Tour de France green jersey winner Peter Sagan and Team Movistar. Whether it’s racing in the mud in Switzerland, the cobbles of the spring Classics or the mountains of the Tour de France, riders who give 100 percent ride 100%.

The limited edition S3 Neon Orange sunglasses are available starting January 30, 2020 for $195 USD at 100percent.com and through 100% global dealer network.

100%, based in San Diego, California, is an independent premium sports brand with a focus in performance eyewear, technical apparel and sports protection. 100% empowers today’s most demanding athletes with the performance technologies and gear they need to focus and compete at the top of a wide variety of sports.

The 100% brand has always been synonymous with Motocross Americana and linked to many iconic moments that laid down the roots and initiated the history of what is modern Motocross. 100% dates back to the early 1980’s when the popular logo graced the factory racing equipment of the biggest names in Motocross.

Almost 3/4 of the U.S. is covered with snow today