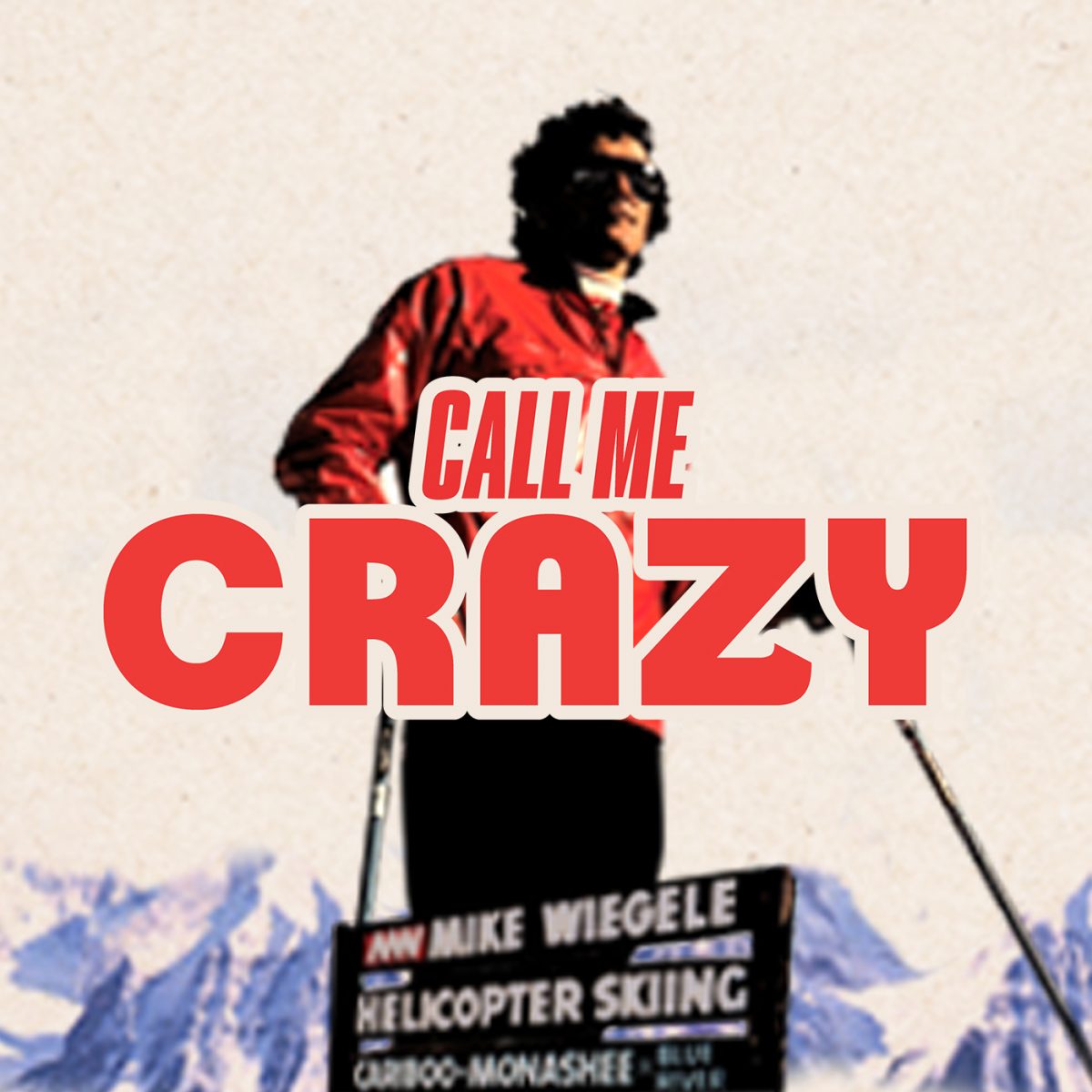 WHISTLER, B.C. (November 26, 2019) — Call Me Crazy: The Legend of Mike Wiegele, a short documentary chronicling the life of one of the most recognized names in heli-skiing, earned a POWDER Award nomination for Best Documentary, announced November 18. Award-winning outdoor marketing and content agency Origin and Mike Wiegele Helicopter Skiing (MWHS) co-produced the film, which captures the life story of Mike Wiegele of B.C.-based Mike Wiegele Helicopter Skiing, now celebrating its 50th anniversary. Call Me Crazy has been accepted into the Whistler Film Festival and the Rossland Film Festival as well as nominated for Best Storytelling at iF3 Montreal.

“I am so proud to have had Director Andrea Wing and the Origin crew working on this project,” said Mike Wiegele. “Thank you, Origin, for such an excellent job on this film and thank you to the POWDER Awards for the honor of the Best Documentary nomination.”

POWDER Magazine will celebrate its 20th Anniversary of the Powder Awards in Aspen, Colo., from Dec. 3-7. A judging panel of photographers, filmmakers, journalists, industry veterans, and former professional skiers reviewed 50-plus entries in 12 categories to determine nominees and winners.

“When Origin told the marketing team at MWHS, ‘We want to tell Mike’s story,’ we heard back, ‘Mike won’t go for it—he’s turned down many people before you,” said MWHS Marketing Coordinator Deanna Kristensen. “So we were honored and frankly nervous when Mike agreed to let us do what others had tried.”

Origin approached telling Mike’s story through a strategic lens, working with MWHS to identify the content objectives, distribution strategy and success metrics before the storyboard, scripting and production.

“Our approach instilled confidence in our client because we connected it to the results from the beginning,” said Origin Account Director and Strategist Laura Merino. “We also created numerous opportunities for spin-off promotional material to be produced while shooting the film and involved production and distribution partners that wouldn’t normally be associated with a piece of branded content. The end result: Mike is excited and proud, and the film is a finalist in the 2019 POWDER Awards for Best Documentary film!”

“It’s a huge honor to be selected as a ‘finalist’ in film festivals and awards programs, as it validates the creative direction we took and the effort put in by the team,” said Call Me Crazy Director Andrea Wing.

Wiegele, a self-described “ski-obsessed Austrian,” became one of the most influential ski pioneers in Canada and is the founder of North America’s preeminent heli-skiing operation. Weigele was called crazy his entire life—his pioneering vision and relentless determination gave others reason to do so. Despite the doubt and disbelief, he didn’t give up on the future he wanted and a future no one else could imagine.

Mike’s commitment to his vision has enabled ski enthusiasts and die-hard powder-hounds to access some of the most sought after snow in the world. Beyond his heli-skiing vision, Wiegele has also set the standard for avalanche safety in the industry, influenced groundbreaking changes in ski technology, and continues to inspire future generations of skiers, snowboarders and guides. His story is far from over.

“This film is such a beautiful way to honor a legend of the industry,” said 30-year MWHS Senior Lead Guide Bob Rankin. “Mike is an inspiration as a skier, guide and a visionary. For him to be honored both with the film and now a POWDER Award nomination is really inspiring… and inspiring to a whole new generation.”

Mike grew up in Lading Kärnten, Austria, where he developed his passion for skiing and racing. Inspired by his love for skiing, he moved to Canada in 1958. His dream of opening a heli-skiing operation was sparked after spending several winters working at Sugar Bowl, California and in Banff, Alberta, where he obtained his Canadian Ski Instruction Association Level 4 certification and went on to coach several national ski team members including Ken Read, Jim Read, Chris Kent, Bobby Allison, Cary Mullen, Mike Irwin and Bill Irwin. In 1970, he started his heli-skiing operation out of Valemount, B.C. and in 1974 he moved the operation to Blue River. In the late 1980s he started the Canadian Ski Guide Association, which has since trained and certified hundreds of ski guides for the ski industry. In 1990, he received the Bravery Award from the Governor-General of Canada for rescuing his wife from a helicopter accident. He also received the Marshall Award for Excellence from the Canada West Ski Areas Association for his outstanding contributions to the industry. Mike has been inducted into the Canadian Ski Hall of Fame, Canadian Rockies Ski Racing Hall of Fame, and the Banff Sports Hall of Fame. In 2019, he received an Honorary Doctor of Laws degree from Thompson Rivers University in Kamloops.

Origin is an outdoor-focused, digitally-driven creative, content and marketing agency. Founded more than 20 years ago, the agency has worked with a multitude of prominent outdoor brands such as Whistler Blackcomb, L.L.Bean, lululemon, Smartwool, The North Face, and many more. With offices in both Montreal and Whistler, as well as a Vermont-based US subsidiary, Origin provides a bilingual and suite of capabilities to the outdoor brands it helps succeed and grow in both Canada and the US. For more information about Origin, please visit www.originoutside.com. Subscribe to Origin’s “Insights On The Outdoors” monthly newsletter at www.originoutside.com/newsletter-sign-up.