Kings and Queens is a one-day competition within a week-long weather window that pits 24 of the world’s top skiers, riders and select local rippers against each other on the resort’s famed Corbet’s Couloir, one of the toughest runs in the world. Each competitor is granted two runs down Corbet’s with only the best run counting towards the grand prize and the elusive title of “King or Queen of Corbet’s.” The event debuted in 2018.

“We are thrilled to be partnering with an iconic resort like Jackson Hole for The Kings and Queens of Corbet’s, which has become one of the most anticipated events every winter,” said Casey Garrity, Chief of Marketing for Sweet Protection North America. “Sweet Protection is known for making world class helmets, eyewear and protection for snow, bike and whitewater sports, and we know the skiers and riders in Jackson and across the Mountain West are avid participants in those sports. For these reasons we felt like this was a perfect opportunity to elevate our presence and put our stamp on such an impactful event.”

“Jackson Hole Mountain Resort is excited to partner with Sweet Protection for the Kings and Queens of Corbet’s Event 2020,” said Jess McMillan, Events and Partnerships Manager at Jackson Hole Mountain Resort. “The success and safety of the athletes is our highest priority. Sweet Protection meets and exceeds the world-wide safety standards. It’s a perfect partnership!”

Sweet Protection also announced today that it has signed an athlete partnership deal with Jake Hopfinger, and that the Montana-based skier will compete among the world’s best when Kings and Queens opens next month. Hopfinger, 22, grew up as an accomplished ski racer in Upstate New York but now lives in Bozeman, Mont., and will be making his Kings and Queens debut as the latest addition to Sweet Protection’s roster of sponsored athletes.

“I’m really psyched to be on the Sweet Protection team, because their gear is the real deal,” Hopfinger said. “One of the biggest reasons I’m with Sweet is because I’m also into whitewater kayaking and mountain biking, and they make really bomber stuff for each of those sports, so they’re the perfect company for me. I’m not sure I want to wipe out and crash test the helmet out too much at Kings and Queens, but I’m psyched to be part of the Sweet team and to compete at Jackson Hole.”

Hopfinger was featured in the three-part online series Before Tomorrow from Benshi Creative and is working on a new project this year with the Montana-based creative firm, marking a pivotal year as he looks to build on a reputation as one freeskiing’s most promising young athletes.

“Jake is a welcome addition to our growing team of athletes and ambassadors. He brings a youthful, hard-charging and creative passion to his skiing and filming and we’re happy to support someone getting after it like he is,” Garrity said. “Jake’s willingness to step up and commit to Kings and Queens shows what type of meddle he has an athlete. Sweet Protection is stoked to provide his safety equipment, help him achieve a breakout performance and support him for seasons to come.’

Based out of the small village of Trysil, in the midst of the Norwegian wilderness and close to the mountains, the Sweet Protection crew has been developing helmets, protection gear and technical clothing since 2000. The multi-award winning team of designers, skilled technicians and the amazing team of riders have pushed the envelope of what’s possible with functional equipment. 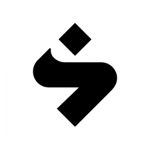 View all Releases by
Sweet Protection