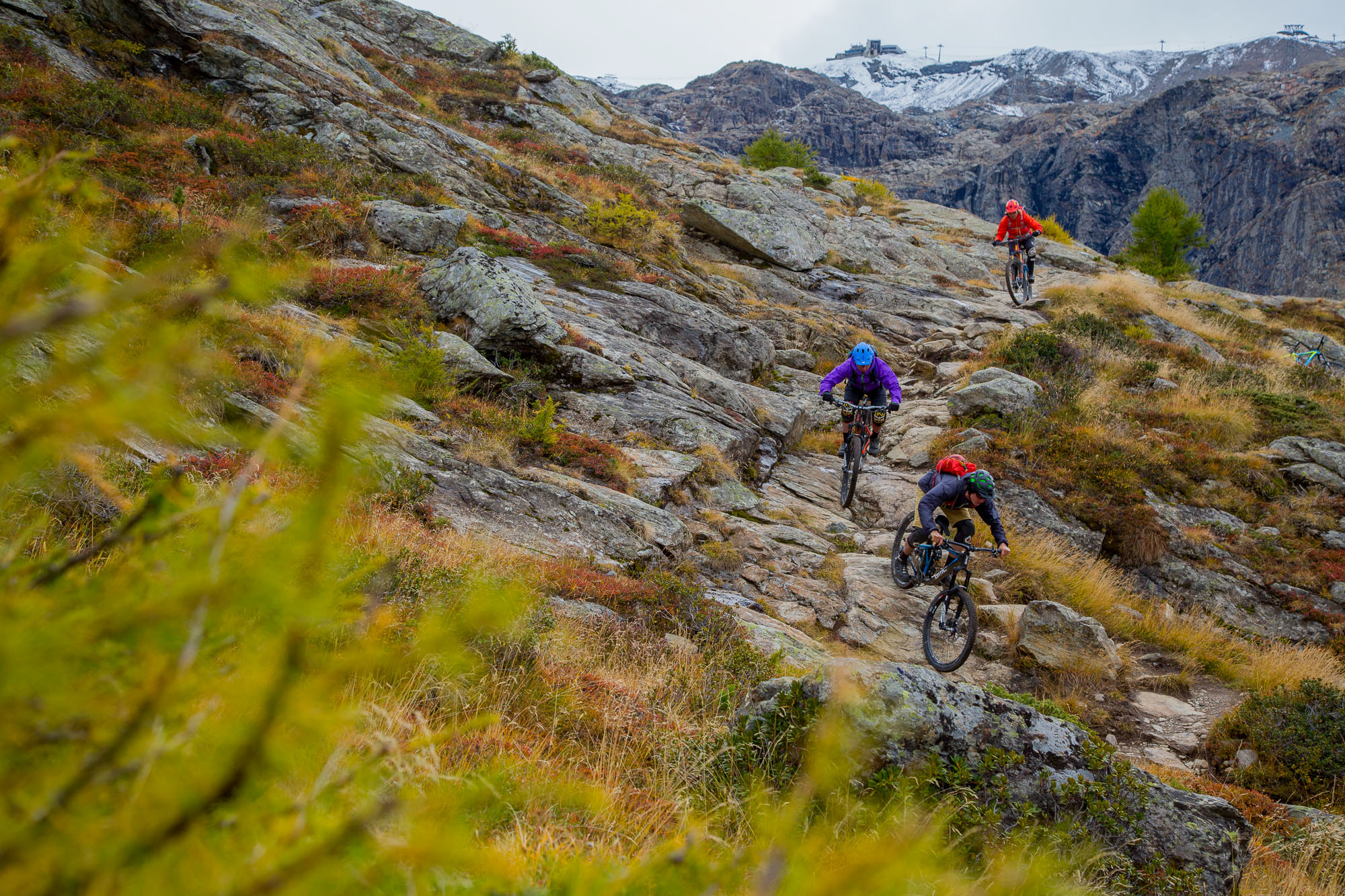 JACKSON, Wyo. (April 29, 2016) Building on the momentum of its Webby-nominated digital feature, The Unfound: Bryan Iguchi, the editorial team at Teton Gravity Research (TGR) has produced and launched Singletrack Switzerland as an interactive digital experience showcasing the incredible mountain biking Switzerland has to offer.

Partnering with Switzerland Tourism, Swiss International Airlines and BMC Switzerland, TGR gathered a handful of professional mountain bikers on a journey to Zermatt, Verbier, and the Jungfrau region to ride Switzerland’s endless trail systems. While portions of the video content from the adventure were shared as a three-part webisode series, the digital feature released today knits the webisodes together into an inspiring and useful mountain-bike travel guide to this remarkable Alpine nation.

Switzerland offers adventurous mountain bikers opportunities and terrain North American riders can only dream about. Public transportation, including funiculars, gondolas, and trains, provide the ability to shuttle 6000-vertical-foot descents. There is no shortage of culture and adrenaline here—in a single day, a rider can traverse from ancient farming trails, through technical no fall-zones, to picturesque Alpine villages.

“My time spent in Switzerland with the TGR crew was one of the most humbling, gratifying, and eye-opening adventures I have ever been a part of,” says pro rider Brice Shirbach. “The sheer scale of the landscape and the sensory overload of ripping down those mountains on two wheels was a life-changing experience for me. The people, the food, and the visuals never ceased to amaze. The world is full of some really amazing places to ride, but I can’t stop thinking about those trails in Switzerland.”

About BMC Switzerland
BMC Switzerland is the premium Swiss cycling performance manufacturer. Established in 1994, the company employs up to 120 people worldwide. It is headquartered in Grenchen, Switzerland where it also has its very own carbon production and R&D facility, the Impec Advanced R&D Lab. BMC bikes are ridden by the world’s top athletes including 2011 Tour de France winner, Cadel Evans, and 2014 World XCO champion, Julien Absalon.

About Swiss International Air Lines
Swiss International Air Lines (SWISS) is the national airline of Switzerland. It serves 106 destinations in 49 countries all over the world from Zurich and Geneva. With a fleet of 95 aircraft, SWISS transports in the region of 16 million passengers every year. As the national airline, SWISS stands for Switzerland’s traditional values and is committed to the highest standards of product and service quality.

About Swiss Tourism & Biking Switzerland
By road bike over every mountain, along single trails, up hill and down dale, by e-bike and bicycle along quiet roads, through picture-book panoramic scenery: Switzerland Mobility gets you moving. Nearly one million cyclists can be regularly found riding the 20,000 kilometers of uniformly signposted mountain bike and cycle routes.

About Teton Gravity Research
TGR is the leading brand in adventure, action-sports, and youth-culture media. TGR’s world-class storytelling has captivated audiences for more than 20 years. With a global, multi-channel footprint, a thriving millennial audience, award-winning multimedia film projects, a rapidly growing experiential platform, and unprecedented viral content, Teton Gravity Research is one of the fastest growing media brands on the planet. TGR is a proud member of 1% For The Planet, BICEP, Surfrider Foundation, IMBA, and Protect Our Winters. For more information on TGR, visit TetonGravity.com.