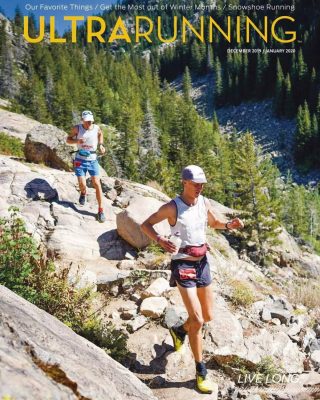 UltrAspire gears up for 2020 with Run Rabbit Run

The Run Rabbit Run courses are very much like life, in that there are many little, and not so little, ups and downs in between the obvious highs and lows. RRR holds a 50 miler and a 100 miler in beautiful Steamboat Springs, Colorado. The directors of Run Rabbit Run are passionate about contributing to the sport in a positive way. “We believe it is possible to put on a race that attracts some of the best runners in the world, but at the same time fulfills the obligation to the sport, to our athletes, and the run community as a whole” says RRR Director Fred Abramowitz. RRR takes no profits and offers the highest purse of any trail ultra in the world at a massive $75,000, anything extra made by the race is then donated to a charity. This past year RRR donated over $40,000 to charity, mostly to those benefitting kids in northern Colorado.

UltrAspire is built on the passion that is found in pushing the limits of human endurance. “It is important that the races and series we partner with identify with our core beliefs. We like when they are involved in the sport for the right reasons” Joe Petty, Director of Marketing, says regarding this partnership. Along with similar outlooks on the sport, UltrAspire also has great athlete representation at the race such as UltrAspire Elite Athlete Kyle Pietari who won RRR last year and looks forward to racing again in 2020.

“We look for a long-term partnership with businesses who are well respected in the sport and that we can be proud of being sponsored by and vice versa” says Fred. The UltrAspire team looks forward to creating a long-lasting partnership with Run Rabbit Run.

UltrAspire is a high-performance, innovative outdoor gear company. From competitive endurance sports to the casual adventurer, UltrAspire keeps to a very important code which is to create an inspired outdoor experience. Gear up with UltrAspire and experience the difference at www.ultraspire.com“