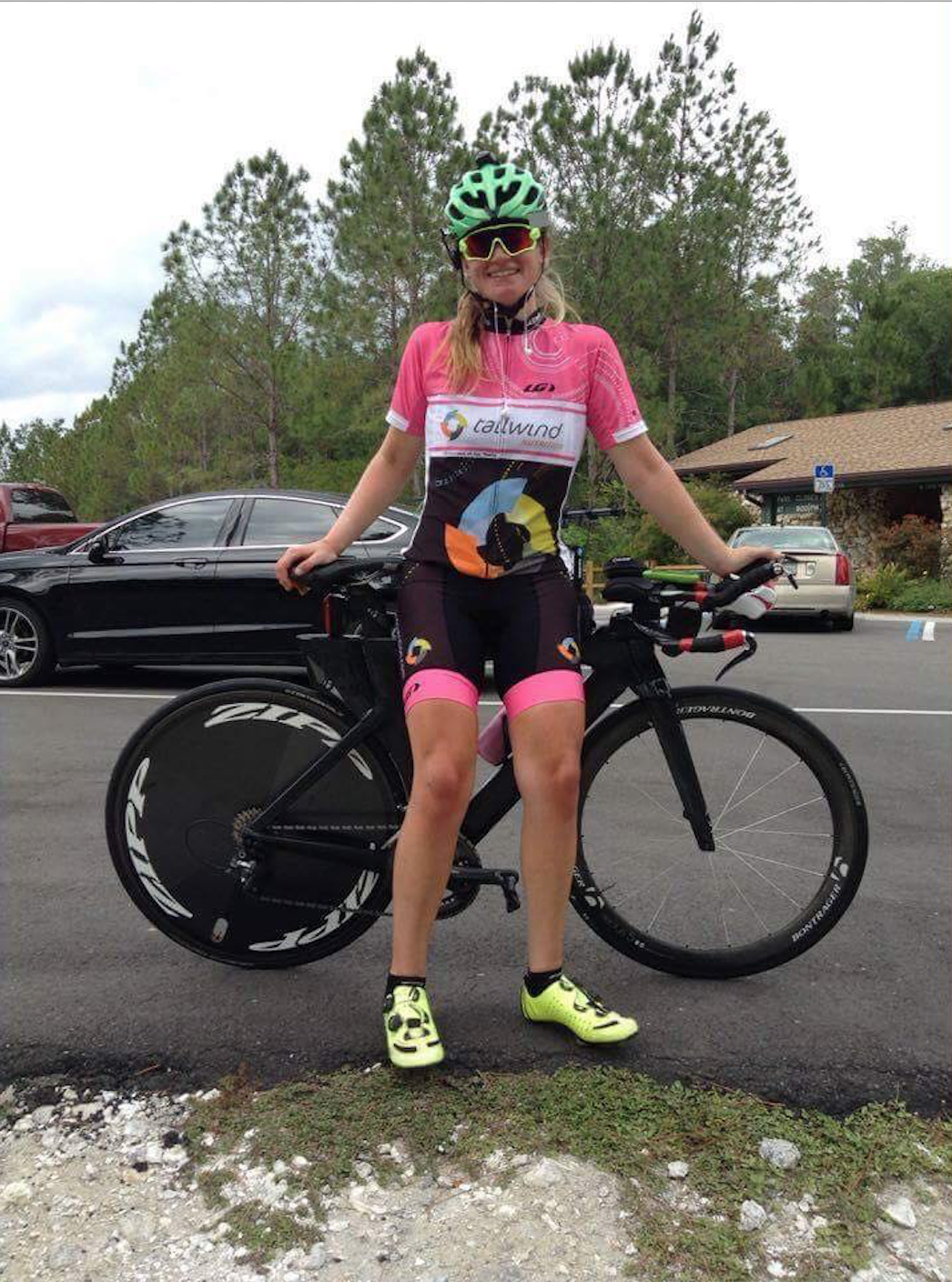 Coker didn’t stop once she broke both world records, but continued to ride an average of 237 miles every day with a goal of hitting the year mark at midnight on May 15th. At the stroke of midnight, she started chasing down her next goal, to go after the 100,000 mile world record set by Tommy Godwin, 77 years ago. To date, she has biked over 86,500 miles since May 15, 2016.

In addition to surpassing world records, Coker is an inspiration to young women and other athletes. She has had cyclists join her on countless daily rides.

“My goal was to ride from sun up to sun down and just do my best,” says Coker. “”Seeing my friends and others pushing themselves to reach their own goals really motivates me to continue to push myself. Inspiration is contagious!”

Part of her fueling strategy in breaking the two world records has been using Tailwind Nutrition. A typical day consists of eight 20oz bottles of Tailwind Nutrition to give her the calories, electrolytes and hydration she needs to pedal over 230 miles.

“With Tailwind, I can go all day long and get the calories I need to sustain my ride and I don’t get tired of the flavor or get queasy,” states Coker.

“It’s an unbelievable journey for Amanda, and we are humbled that she chose Tailwind as her main source of calories during this incredible feat,” says Jenny Vierling, cofounder of Tailwind Nutrition. “It’s an incredible test of mental fortitude, physical prowess, and spirit and we’re looking forward to supporting her on her quest to reach 100,000 miles.”

What’s next after she hits the 100,000 mile mark? Coker won’t stop cycling and says she plans on doing some TT races and triathlons.

Tailwind Nutrition was founded in Durango, CO by endurance athletes. Its product, Tailwind Endurance Fuel, is designed to be simple and complete, easy on the stomach, and tasty all day. It contains all the calories and electrolytes an athlete needs while exercising and has a clean, light flavor that tastes even better the longer you go. Hydration pack friendly and available in seven flavors, Tailwind Endurance Fuel is all natural and dairy, soy and gluten free. All you need, all day. Really. For more information visit www.tailwindnutrition.com.