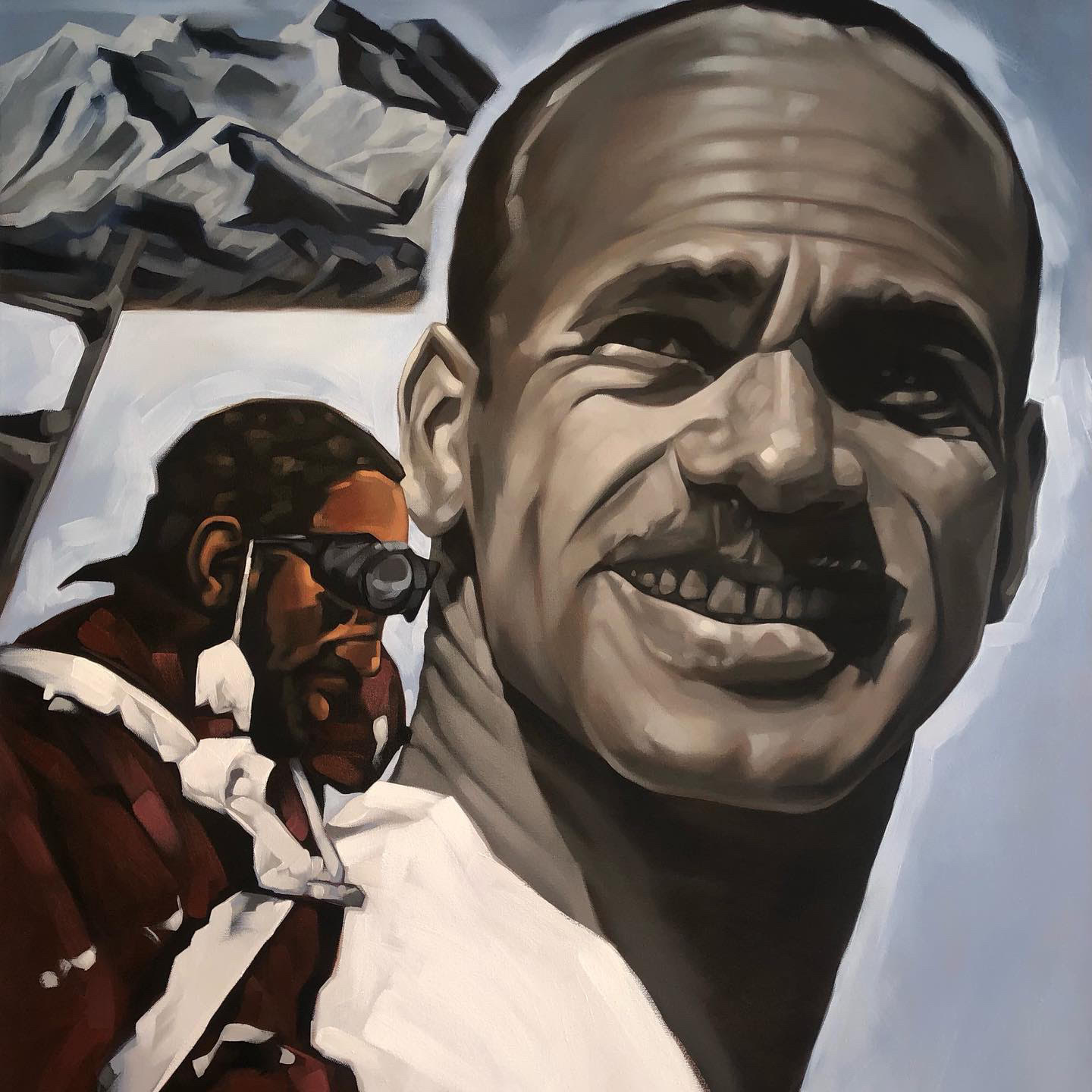 Charles Crenchaw portrait, commissioned by Outdoor Research and Seirus, aims to facilitate conversation about diversity in the outdoors

SEATTLE, Wash. (Aug. 17, 2021) – Stories around first ascents in climbing are the stuff of legends in the Outdoor Industry, but few know of Charles Madison Crenchaw, the first black climber to reach the summit of Denali, North America’s highest point, in 1964. A collaboration between journalist James Edward Mills and outdoor equipment brands Outdoor Research and Seirus aims to change that, while simultaneously exploring the issue of how people of color are represented in outdoor recreation.

Starting next week, a portrait of Crenchaw, created by artist Lamont Joseph White, will begin being displayed at the Bradford Washburn American Mountaineering Museum in Golden, CO, as part of an exhibit called ‘Something Yet Higher.’ The portrait was debuted in recent weeks at Outdoor Industry events — the Big Gear Show in Park City, UT  and the Outdoor Retailer Show in Denver, CO at the booth of the American Alpine Club, one of the museum’s founders. After a period in the American Mountaineering Museum, Mills is working on a plan to have the piece travel for exhibitions in locations around the U.S., including in Crenchaw’s hometown of Seattle.

The painting was created after Mills began exploring Crenchaw’s legacy, and brainstormed the idea of a portrait with White, a Park City-based artist who was already exploring themes around diversity in the outdoors in his work. The idea was for the portrait to accompany a history of Crenchaw’s climb that Mills was putting together. Following conversations with Outdoor Research and Seirus, the two brands — who are competitive in the glove and headwear space but share the collaborative goal of broadening outdoor participation — commissioned White’s portrait of Crenchaw.

“When I first heard of Charlie Crenchaw I felt disappointed that I, a little ashamedly, had not heard of him before and what he had done,” White said. “So to be asked to broaden the reach of his story through my art work is just an incredible  honor.”

“The team at Outdoor Research is excited to support James in bringing awareness to such an important and untold story,” said Outdoor Research President Roger Barton. “Lamont has created an iconic image with this portrait of Charlie Crenshaw and his accomplishment on Denali. We hope that this painting sparks curiosity in the next generation and inspires a more diverse group of future alpinists, climbers and outdoor enthusiasts.”

“Seirus is honored and excited to support transformation of the outdoor community in collaboration with James Edward Mills, Lamont Joseph White and Outdoor Research,” said Mike Carey, founder and CEO of Seirus. “The history of Black and brown outdoors people has existed in the shadows far too long. The memorialization of Charles Crenchaw in this history and portrait will serve as an enduring example of what people can achieve, given a chance. Elevating his inspiring story undoubtedly sends the message of rightful belonging in the outdoor community, encourages diverse participation and inspires true welcoming.”

Crenchaw, who died in 1998, lived most of his life in the Pacific Northwest. He served in the U.S. Army Air Corps and was a flight engineer in charge of maintenance for airplanes flown by the Tuskegee Airmen. His service helped demonstrate that black pilots could serve with distinction. After attending college under the GI Bill, Crenchaw worked for the Boeing Aircraft Company in Seattle. His work in quality control helped create several key components of the Apollo space program.

Crenchaw developed an interest in climbing and, in 1961, joined the Seattle Mountaineers, a nonprofit advocacy group that, among other activities, helps people gain climbing skills. He was invited in 1963 to join an expedition the following year to climb Denali via the Karstens Ridge. On July 9, 1964, a team of 15 people, including Crenchaw, reached the summit. The group also included three women, the largest number of women prior to that point to reach the summit in a single party.

According to the history that Mills has compiled, Crenchaw’s mountaineering pursuits are closely tied with the Civil Rights Movement. The March on Washington was featured in the November 1963 issue of Ebony magazine. The same edition featured a story on Crenchaw as an aspiring black mountaineer. In 2013, a team of African-American climbers, known as Expedition Denali, named Crenchaw as an inspiration as they attempted to follow his footsteps on Denali.

“Access and representation to climbing has not been representative of the full diversity of America,” said Mitsui Iwasak, American Alpine Club CEO. “As the American Alpine Club starts our work to reflect on our history and advocate for a more inclusive climbing community, the Charles Crenchaw exhibit is a significant step in helping us remember and memorialize a former AAC board member and the first African American climber to summit Denali.”

Said Mills: “As a journalist I’m used to telling stories about climbers and mountaineers, so I’m really excited to bring this celebration of Crenchaw’s life and accomplishments to life. I am so grateful for the support and encouragement of Seirus Innovations and Outdoor Research to make this amazing portrait possible.”

Outdoor Research was built to methodically create, protect, and prepare for the future. Since 1981 we have demonstrated our expertise in the outdoor, medical, and tactical industries with award-winning protective equipment. Our ambassadors, non-profit partners, and employees sustain us through seemingly impossible challenges. Join us at outdoorresearch.com.

Seirus is an authentic outdoor brand that can be counted on to deliver premium products and technologies designed to enhance the comfort and performance of active outdoor enthusiasts in any condition. For more than 30 years, Seirus has focused on innovation to develop and deliver groundbreaking technologies and products. Seirus products can be purchased at Seirus.com and at retail shops across America.