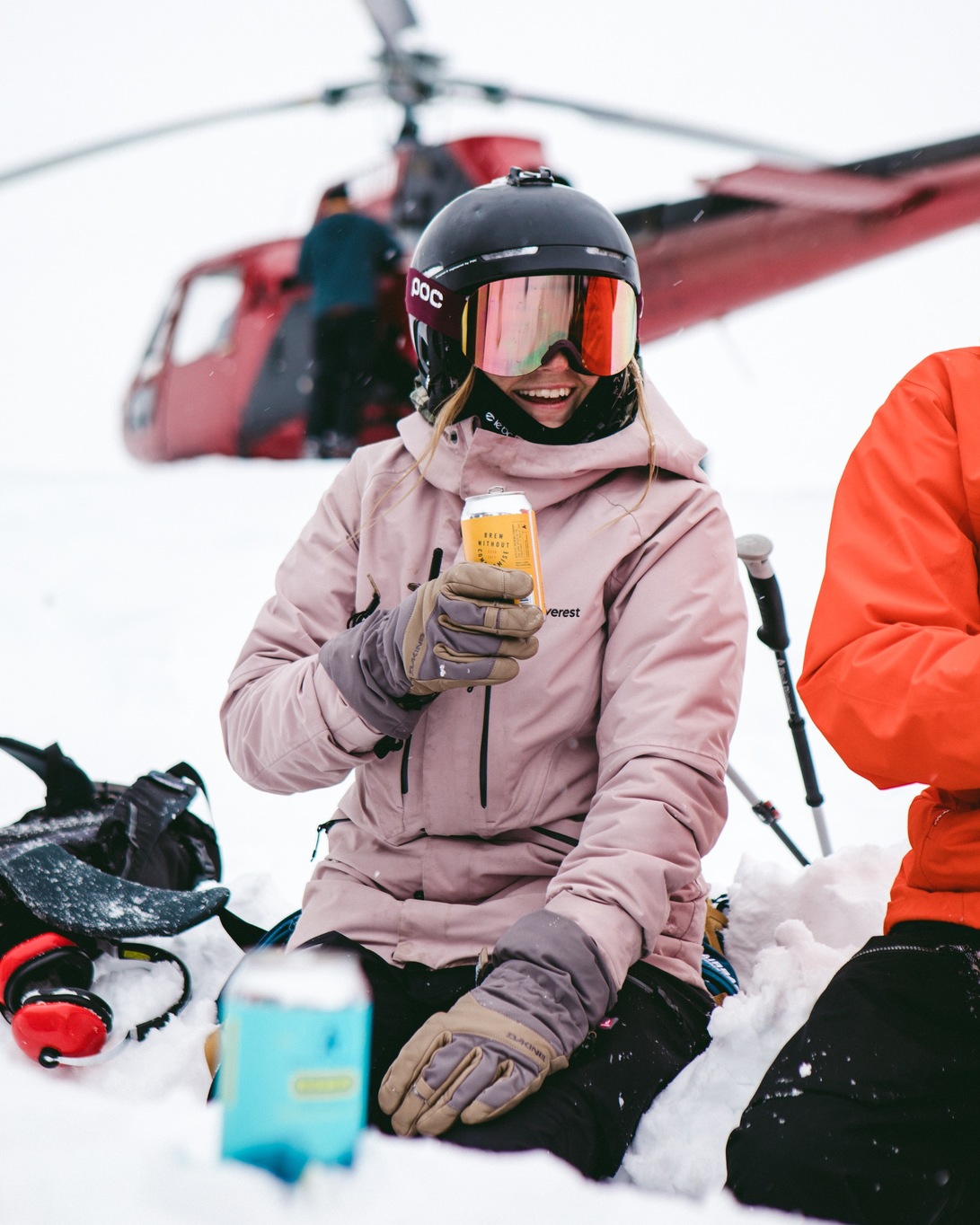 SAN DIEGO, CA and STRATFORD, CT — Athletic brewing is proud to announce they will be committing $100,000 to support backcountry access and avalanche education.

“With COVID-19 concerns at the resorts, and the need to stay close to home, skiers and riders are looking to find adventure in their local backcountry zones, many for the first time,” said Two-Time Olympic Skier turned Big Mountain Skier and Athletic Brewing Athlete, Kaylin Richardson. “I remember my first taste of the untamed mountains- it was magical. But unlike the meticulous slopes of a World Cup, ski touring is a wild, unpredictable, and dangerous endeavor. As we venture beyond the ropes this season, it is more important than ever that we support non-profits that promote backcountry access and education so that we can all safely experience the freedom that only the mountains can deliver.”

“Many of us on the Athletic team are avid skiers and riders,” says Bill Shufelt, Co-Founder of Athletic Brewing. “As the season ramped up we kept hearing the same concerns from our partner non-profits, a lack of capacity to educate all the new users and lack of access to spread out the crowds. We felt compelled to step-up and help relevant organizations build the capacity they needed to to address these challenges.”

Examples of the kind of project’s Two for the Trails is funding include with the Friends of CAIC, Athletic Brewing will be funding their trailhead education programming that includes pop-up beacon checks, as well as education-focused signage to help new users be aware of the risks of skiing avalanche terrain as well as education and equipment needed. Athletic also will be fully funding one avalanche forecaster for half of a season.

“In this unprecedented season, backcountry safety and education are paramount to help keep the community safe,” Said Aaron Carlson, Executive Director, Friends of CAIC. “Athletic brewing’s commitment to both our pop-up education program and snow forecaster program helps to give CAIC the added capacity to keep up with growing backcountry demand.”

In addition to the Friends fo CAIC, Athletic Brewing is partnering with the Colorado Mountain Club, to expand their snow ranger program grom 3 to 5 months.

On the East coast, Athletic brewing has partnered with Granite Backcountry Alliance to support their efforts to provide managed and maintained backcountry ski areas.

Over the next few weeks, Athletic Brewing will be expanding our giving to hit our $100,000 commitment and support access and education efforts around the country.

Two for the Trails is Athletic Brewing’s commitment to contribute two percent of all revenue back to trail based non-profits promoting active and healthy communities. For More about Two For The Trails visit: https://athleticbrewing.com/pages/two-for-the-trails

International Beer Challenge 2020  “Brewer of the Year North America”, Athletic Brewing Company is reimagining beer for the modern, active adult. Their great-tasting athletic craft brews let you enjoy the refreshing taste of craft beer, without the alcohol or the hangover. You can enjoy them anytime, anywhere, and still be healthy, active, and at your best; it’s the very reason they started brewing them in the first place. With custom breweries on the East and West coasts, their lineup has earned accolades throughout the industry, even against full-strength beers, including the 2020 World Beer Award Gold medal for Run Wild. To top it all off, as part of the Athletic Brewing “Two for the Trails” initiative, 2% of all sales are donated to causes and organizations that support healthy, outdoor, active living.

Whether you’ve decided to cut alcohol out of your life for good, for a night, or for just one drink, Athletic Brewing Company provides an option without compromises that you’re guaranteed to enjoy.

View all Releases by Alex Showerman