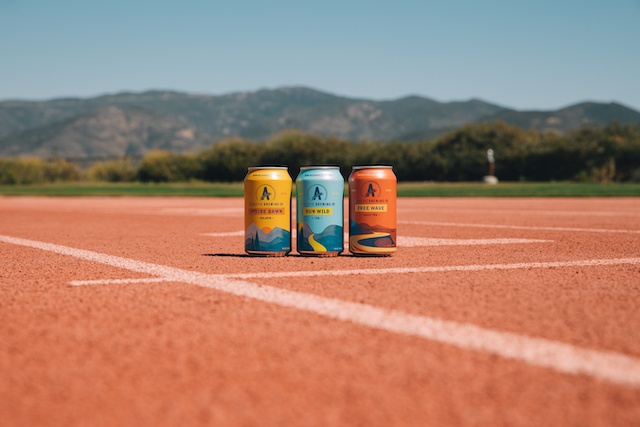 The 1-mile race, invented by a group of Canadian runners in 1989, combines the physical challenge of interval training with the skill of speed drinking. In its original form, the beer mile required runners to consume a 12 oz. alcoholic beer before each quarter mile lap. Now, in an effort to make the event more accessible to all runners, the inaugural Athletic Brewing NA Beer Mile will feature the Connecticut brewery’s award-winning non-alcoholic offerings.

“The beer mile is a time-honored tradition for so many runners, and we wanted to provide a more inclusive and responsible way to participate in the event with great tasting non-alcoholic beer,” said Athletic Co-Founder and CEO Bill Shufelt. “This will allow all runners, whether they choose to consume alcoholic beverages or not, a chance to participate.”

Unofficial beer mile races have been held for decades, often under the cover of darkness. However, the sport began gaining national attention in 2014 when track-and-field website Flotrack hosted elite men and women at the Beer Mile World Championship in Austin, Texas. That year, the men’s race was won in 5:00.23, and in the years since, times have dropped by nearly 30 seconds.

At the Athletic NA Beer Mile on October 17, current beer mile world record holder Corey Bellemore — who owns a personal best time of 4:33.60 — will be going head-to-head with American record holder Chris Robertson (4:37.40), in a bid to be crowned the official NA Beer Mile Champion.

“We’re incredibly excited to have such talented runners like Corey and Chris coming to Connecticut to compete in this event, and we’re looking forward to adding more elite talent to the field in the coming weeks,” Shufelt added.

“I’ve been following the evolution of the beer mile for several years, and it’s time to finally lace up my shoes and chug some brews,” Rovell said.

Athletic Brewing has also partnered with Beermile.com, the go-to online resource for beer mile information, to establish an official NA Beer Mile category. This will give NA beer milers around the world an opportunity to upload their results and appear on a dedicated NA beer mile leaderboard.

Registration for the Athletic Brewing NA Beer Mile is now open via RunSignup. In-person race entry is $25 and net proceeds will be donated to Still I Run, a nonprofit running community for mental health. Virtual runners and spectators can also sign-up for free.

The top three male and female finishers (by time) will receive cash prizes, and a variety of gift cards will also be awarded to age group winners. A 6-month Athletic Club subscription, merchandise giveaways, and free HOKA ONE ONE shoes will also be up for grabs, along with plenty of award-winning non-alcoholic beer for both runners and spectators.

Additional information, rules, and registration details are available on RunSignUp and www.beermile.com. To learn more about Athletic Brewing, visit www.athleticbrewing.com, and follow Athletic Brewing on Facebook, Instagram,Twitter and YouTube.

Named by Fast Company Magazine as one of the “World’s Most Innovative” companies in 2020, Athletic Brewing Company is reimagining beer for the modern, active adult. Their great-tasting craft brews provide a refreshing taste of craft beer, without the alcohol or the hangover. With custom breweries on the east and west coasts, their lineup has earned accolades throughout the industry, even against full-strength beers, including the 2020 World Beer Award Gold medal for Run Wild. Additionally, Athletic Brewing’s “Two for the Trails” initiative donates 2% of all sales to trail and park cleanups and maintenance. Plus, as a part of their IMPACT Program, 1% of revenue goes to non-profit organizations that support positive impact and opportunity from the ground up in their communities.

Athletic Brewing’s full portfolio of flagships, seasonal, and specialty beers is available for purchase on its website, www.athleticbrewing.com, as well as the company’s subscription offering – The Athletic Club.

Whether you’ve decided to cut alcohol out of your life for good, for a night, or just one drink, Athletic Brewing Company provides an option without compromises that you’re guaranteed to enjoy.

Miles into a Utah ultramarathon, ‘near whiteout’ conditions forced a rescue of more than 80 runners