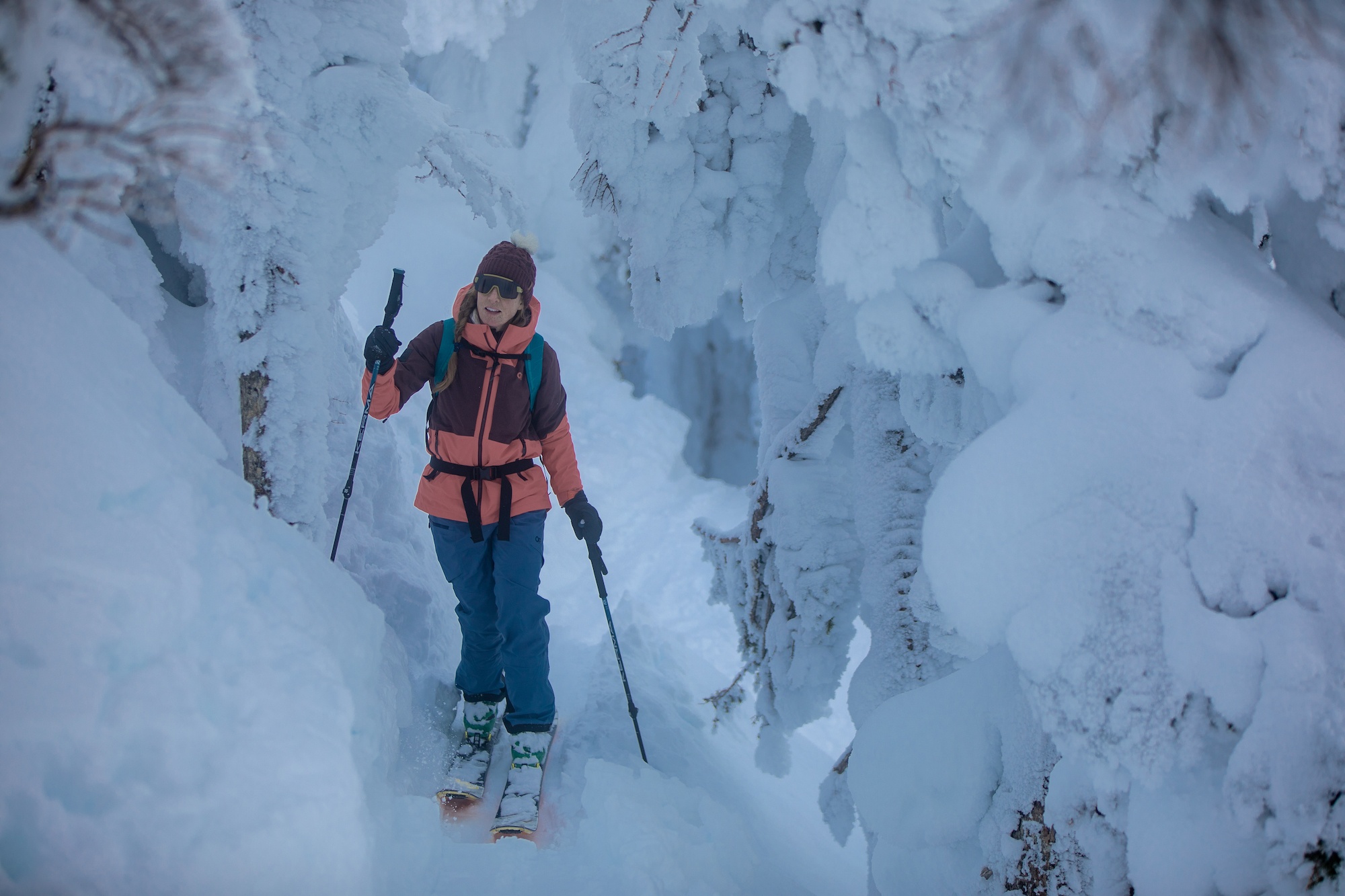 Backpacker’s Editors’ Choice Gold Award is a step beyond its regular Editors’ Choice Award, signifying products that have proven themselves over time as standout via the magazine’s rigorous testing processes.

“There are other impressive technologies out there, but nothing hits the bullseye for winter-ready toughness, affordability, and breathability like AscentShell,” the magazine’s editor’s wrote.

First introduced in 2016 and refined over the last five years, AscentShell fabric has helped pioneer more breathable waterproof apparel, due in part to the fact that it allows for actual air permeability in a waterproof shell. Jackets from Outdoor Research that use AscentShell fabric have won many awards, including a previous accolade from Backpacker for ‘Best All-Around Shell’ as well as Outside Magazine’s Gear of the Year Award.

“Time was — just five years ago — you could have a highly breathable, winter-worthy shell, or you could have an affordable one. Not both,” Backpacker’s editors wrote in the current issue. “True, there were some standout waterproof/breathable membranes on the market, many based on air-permeable technology that allowed sweat to sneak through the jacket while it was still in its vapor phase. But those options could cost as much as your month’s rent. Then AscentShell fabric hit the scene, and we’ve been having it all ever since.”

“ …. The fabric just keeps getting better: This season’s iteration is 20 percent lighter than the original stuff,” Backpacker wrote. “That weight loss helped the Skytour keep us comfortable even when dragging a 40-pound pulk sled on a sunny, 30°F day in Montana’s Beartooth Mountains. Yet the 40-by-65 denier nylon/spandex face fabric still feels bomber, and sealed out frigid winds and sloppy snow on Washington’s Mt. Baker. All that protection, without the sweat? That’s a shell for the ages.”

AscentShell is an exclusive Outdoor Research technology. Its electrospun process uses electric charges to draw polyester fibers from a polymer mixture and “spin” them into a crystalline structure that is like cotton candy on a nanoscale. The benefits of this are a waterproof fabric that has excellent stretch, a high capability for moving moisture through it, and – most uniquely – the ability to be air permeable while simultaneously achieving a serious waterproofness rating, characteristics that on the surface are at odds with one another.

“From the start, we felt AscentShell offered something standout, different and complementary to other waterproof technologies in the marketplace. To have this kind of independent and long-term validation from a media outlet with such a thorough testing process as Backpacker is extremely rewarding,” said Roger Barton, President of Outdoor Research. “We’re appreciative of Backpacker’s extensive efforts to evaluate this technology, and proud to have a team at OR that’s always looking toward ways to ensure we’re offering best-in-class products.”

Outdoor Research was built to methodically create, protect, and prepare for the future. Since 1981 we have demonstrated our expertise in the outdoor, medical, and tactical industries with award-winning protective equipment. Our ambassadors, non-profit partners, and employees sustain us through seemingly impossible challenges. Join us at outdoorresearch.com.