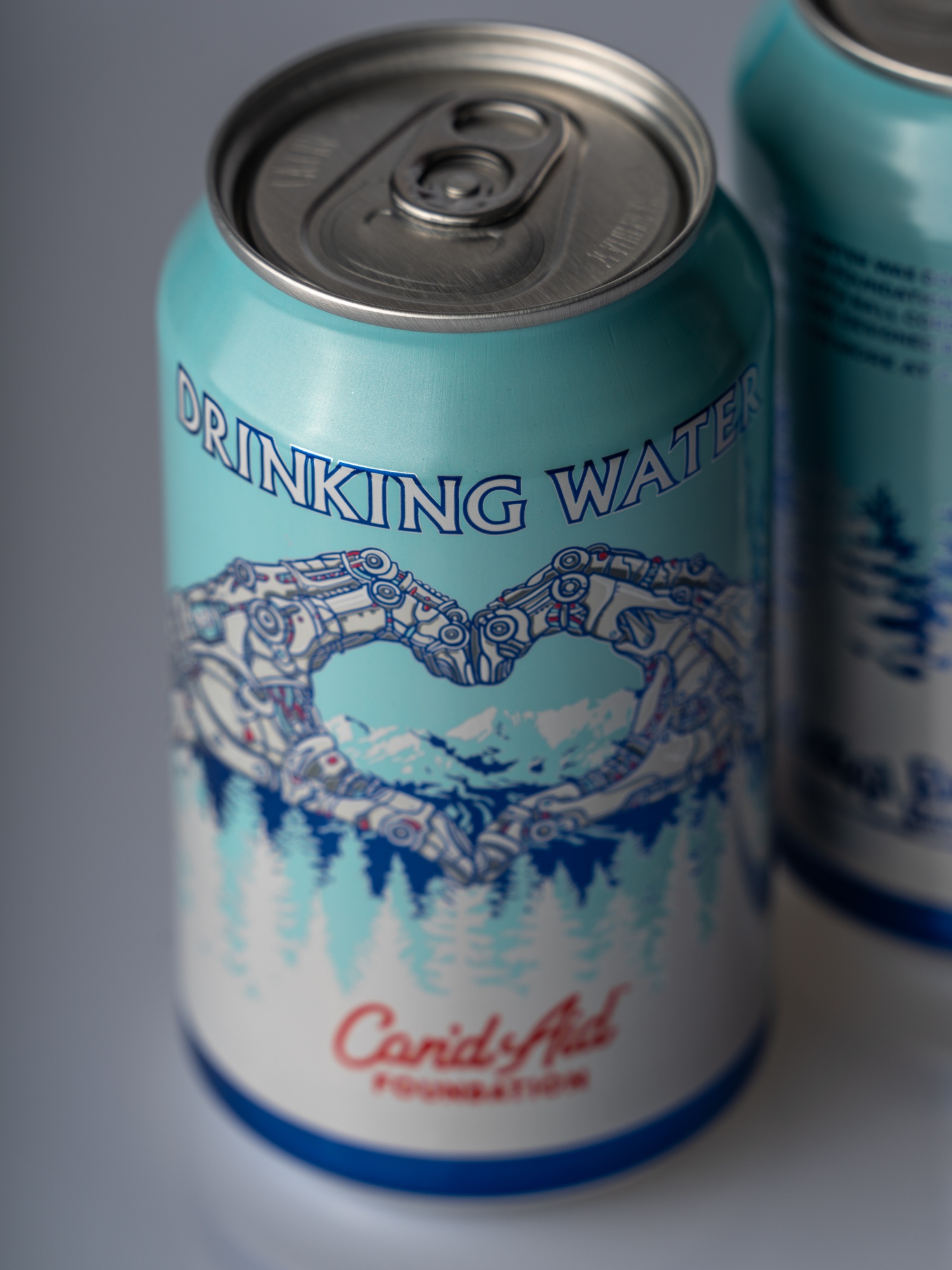 Longmont, Colorado (January 12, 2021) — In support of its mission of people powered do-goodery, Can’d Aid has partnered with Sleeping Giant Brewing and Boulder Beer Company to can clean drinking water for distribution to communities and organizations in need nationwide through Can’d Aid’s Towns program.

During their partnership with Can’d Aid, Sleeping Giant Brewing and Boulder Beer Company have committed to donating 400,000 cans of water to communities in need in 2021 — numbers that will drastically increase Can’d Aid’s nationwide impact.

“Having access to clean and safe drinking water needs to be a basic human right,” says Matthew Osterman, Sleeping Giant Brewing President and Founder. “We hope to give back and help others gain basic access to drinking water. Brewing is a water intensive industry and it wouldn’t be right for us to continue using so much water to make beer without helping tackle drinking water challenges around the country. We hope to “pay it forward” and help improve the lives of impacted Americans around the country when they need it most.”

This spring the Navajo Nation reported the highest per-capita infection rate of COVID-19 in the United States. With 30% of its residents lacking access to running water and only 13 grocery stores to service the 17.5 million acre territory of 183,000 people, COVID’s negative impacts were felt far and wide. In response, Can’d Aid kicked its water program into overdrive. Since March, five truckloads of water (over 230,000 cans ) have been packaged, shipped and distributed to struggling families throughout the Navajo and Hopi Nations.

“We’re so grateful for this new and serendipitous partnership with Sleeping Giant and Boulder Beer,” says Diana Ralston, Can’d Aid’s Executive Director. “As COVID numbers continue to rise across the country and we enter winter and stricter social distancing measures again, we have had such a high demand for more clean drinking water in our most impacted communities — like the Native Tribes of the Southwest. We’re so happy we’re able to increase our production numbers going into the new year and get more water, to more people, even more often.”

Can’d Aid spreads people powered do-goodery through Towns, Tunes, Treads & Trails and Love Yur Mama efforts nationwide. Core programs develop healthy and whole humans capable and inspired to nurture a healthy and whole planet. Since its inception in 2013, more than 1.7 million cans of water have been shipped post-disaster, over 4,000 bikes and 600 skateboards have been built for underprivileged youth, 2,100 instruments have been donated and the equivalent of 66 million cans recycled. To donate, join the do-goodery or find out more, please visit candaid.org.

Sleeping Giant is the first dedicated contract brewing company in the Western United States. Catering to the craft beer community, Sleeping Giant offers a cutting-edge QA/QC program, approachable brew lengths, a variety of packaging options, and personalized customer service that sets it apart. Since the company was founded in 2015, it has supported the brewing and packaging needs of dozens of breweries across the country and grown to be Colorado’s fourth largest independent craft brewery. Sleeping Giant made the 2019 INC 5000 list and was also named a Colorado Companies to Watch this year. Learn more at sleepinggiant.com.

Founded in 1979 as the first craft brewery in Colorado, Boulder Beer Company has been a pioneer in the craft brewing industry for 40 years. From their early days brewing in “The Goatshed” to their recent move in partnering with their friends at Sleeping Giant, Boulder Beer’s passion for innovation and sustainability has seen them to their milestone 40th Anniversary and will continue their legacy in Boulder & the craft beer industry for years to come. Boulder Beer is excited to share our rebranding and relaunch with our fans…follow us for a sneak peek at @BoulderBeerCo on Facebook, Instagram and Twitter. Learn more at boulderbeer.com