PLEASANT VALLEY, Mo. (May 7, 2018) – Chamois Butt’r, the ultimate skin lubricant and chamois cream, announces its continued sponsorship as the official skin care sponsor of the Dirty Kanza 200, the world’s premier endurance gravel road race. The Dirty Kanza will be held June 2 on the challenging and remote gravel roads in the Flint Hills region of east-central Kansas.

The DK as it is commonly referred to, has grown to become three days of activities in and around Emporia, KS, including the All Things Gravel Bicycle Expo on Friday, June 1. In honor of its 25th year in business, Chamois Butt’r is bringing its largest presence to date to the Expo.

The brand’s Expo tent will include giveaways every 30 minutes, special prizes for the first 300 riders to present their official Dirty Kanza race number plate, as well as a rider meet and greet featuring endurance specialists and past Dirty Kanza 200 winners, Alison Tetrick and Yuri Hauswald. Yuri won the 200 mile race in 2015 and Alison set a course record when she won in 2017. Additional photo opportunities will be up in the booth through the end of the event day.

Riders are encouraged to swing by the booth after registration/packet pick up to one of the entry giveaways, and riders, spectators and support crews are encouraged to stop by the Chamois Butt’r booth to snap a photograph and personally meet Yuri and Alison on Friday, June 1, at 11:00 a.m. – 12:00 p.m.

Chamois Butt’r is also partnering with the official bike shop of the Dirty Kanza, Gravel City Adventure & Supply, to give away a coupon to all attendees for $3 off their purchase of a tube of Chamois Butt’r. Riders will pick up their coupon during packet pick up.

For gravel enthusiasts who are unable to attend the event, the brand will also be announcing upcoming social media giveaways that include a 2019 race entry and special 25 Year Anniversary merch and gift bags. All those interested can follow Chamois Butt’r on Facebook and Instagram @chamoisbuttr for upcoming announcements.

“We’re always thrilled to partner with Dirty Kanza,” said Curt Shelman, Chief Operating Officer of Paceline Products/Chamois Butt’r. “It’s the pinnacle of gravel races and is well respected in the gravel community as the most challenging single-day race. It’s a great opportunity to get Chamois Butt’r in front of, or actually, behind the people who could use it the most.”

About Chamois Butt’r
Chamois Butt’r® was developed in 1993 via collaboration between physical therapist and avid cyclist Steve Mathews and an experienced and passionate group of pro cyclists, physicians and chemists. In the years since its launch Chamois Butt’r has evolved from an individual product into a full suite of offerings developed to suit the individual preferences of a wide range of athletes, disciplines and conditions including anti-chafe cream and solid forms as well as skin and kit cleansers. The Chamois Butt’r line is featured on the shelves of most U.S. bicycle retailers and also distributed internationally. For more, please visit: chamoisbuttr.com. 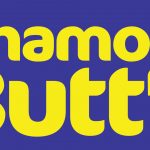