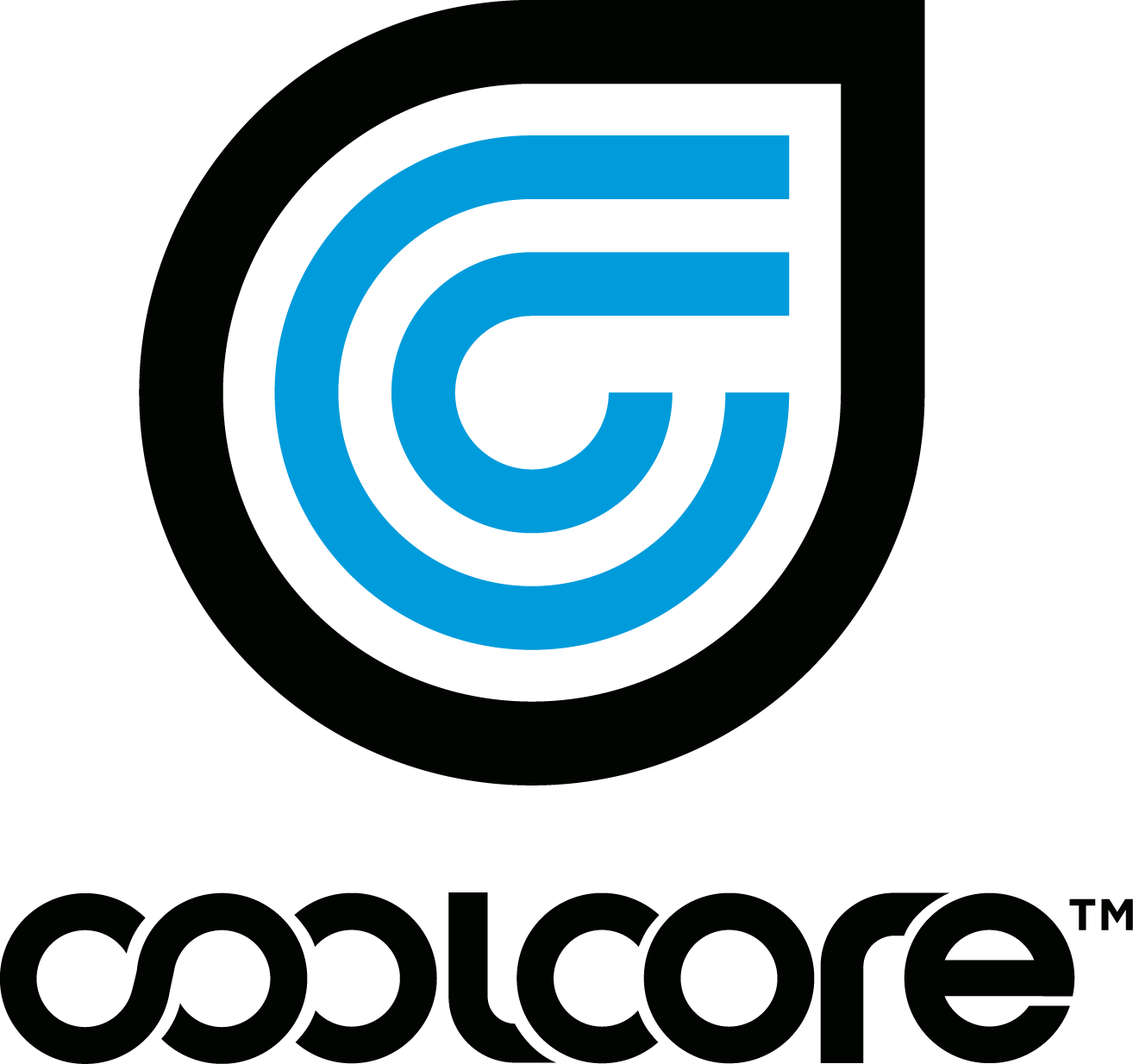 Coolcore’s “smart” fabric is an engineered material that rapidly accelerates the evaporative drying process without chemical additives or treatments.

Independently regulating the core temperature of the wearer at a cool and comfortable level, Coolcore’s base material delivers research-proven performance benefits for both winter and summer activities.

Along with being the preferred choice for active thermoregulation by leading brands, Coolcore offers a four-season collection of apparel for men and women including baselayers, tees, shorts, leggings and hoodies – as well as a variety of recovery and cooling accessories.

“Our unique and comfortable activewear collection is built on our fabric foundation that’s also truly unique in the marketplace – active thermoregulation without chemical treatment,” said David Ludd, Coolcore’s Vice President of Global Marketing.  “The active apparel market is littered with products that use treatments and additives to transform them into performance pieces.  We don’t.”

Founded in 2011, Coolcore is a growing company.  In the last two years leading outdoor, fitness, and running brands have selected Coolcore for their thermoregulating technology as well as major retail brands including Cabela’s, L.L. Bean, Disney, Athleta, Klim and Dickies.

In 2013, Coolcore became the first US Company to receive the “Innovative Technology” award from the Hohenstein Institute, and remains the only company globally to receive it for “Cooling Power.”

Independently tested by the world-renowned Hohenstein Institute on its WATson test, which measures a fabric’s cooling and drying power, Coolcore’s fabric received the best scores against seven leading brands and three competing technologies.

“Is Coolcore ‘smart’ because it’s thermoregulating? Or is it smart because it’s chemical free?” said Drew Simmons, president and founder of Pale Morning Media. “It’s no secret that apparel made with ‘smart fabrics’ are delivering the new frontier of outdoor performance. But what’s really special about Coolcore is that they’ve achieved their breakthrough technology status without the use of added chemical treatments. Plus … their hoody is fantastic.”

Coolcore creates year-round activewear for men and women, built on the foundation of   its proprietary chemical-free thermoregulation fabrics which deliver three distinct functions — wicking, moisture circulation and regulated evaporation — that together keep you cool, dry and comfortable.  Coolcore is the first U.S. company to earn “Innovative Technology” recognition from the esteemed Hohenstein Institute and the only company globally to be awarded this recognition for “Cooling Power.” To learn more about Coolcore and its products visit www.coolcore.com.