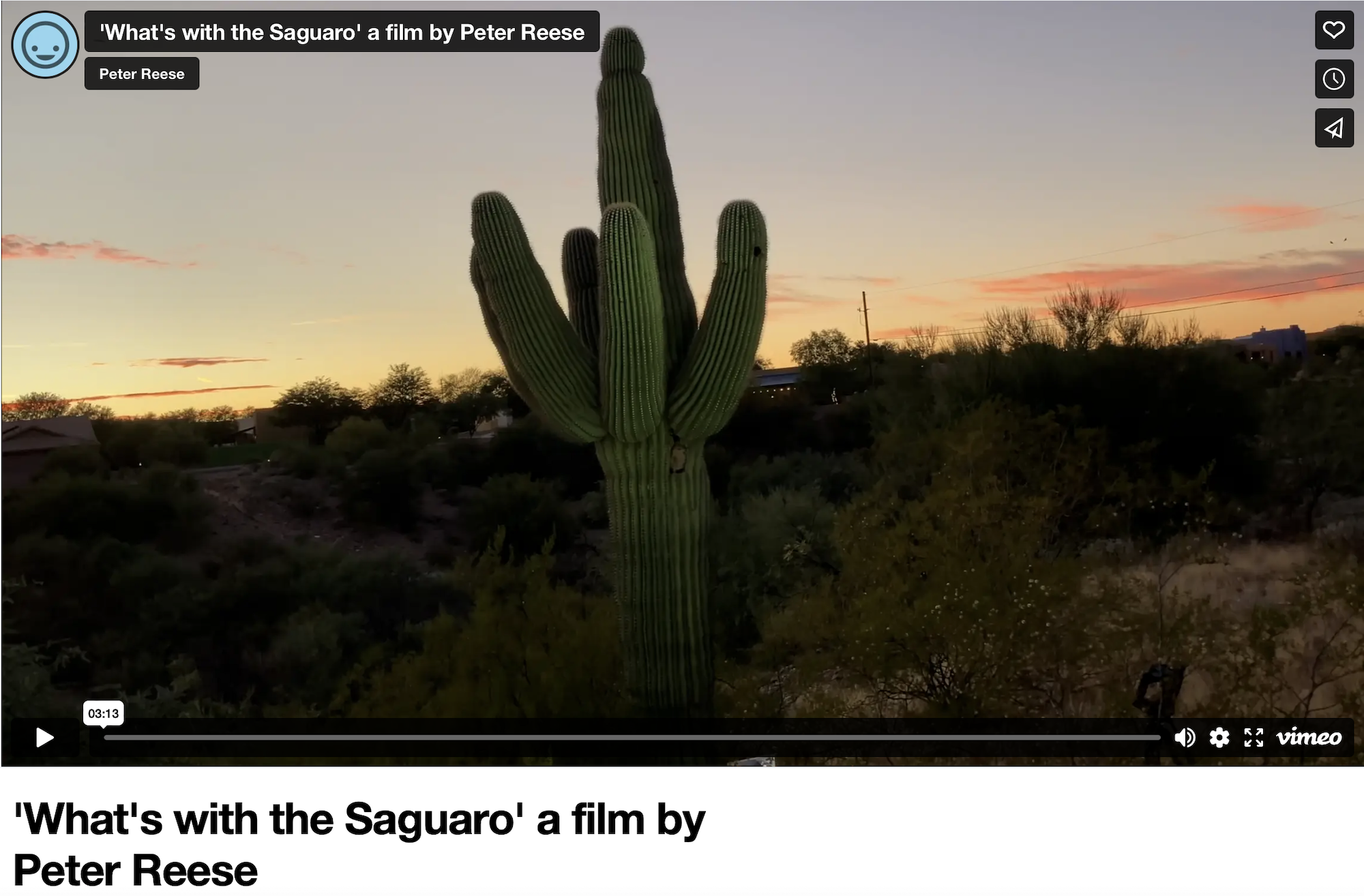 WHAT'S WITH THE SAGUARO? spurs thoughtful exploration of the Sonoran Desert

TUCSON AZ /OUTDOOR SPORTSWIRE/ – The title of this newly-released documentary says it all. WHAT’S WITH THE SAGUARO? offers multiple views of this Sonoran Desert silhouette that captivates people around the globe. Featuring an original soundtrack by Kathi Stafford and the OnesAll Band it spotlights the PakPod tripod system to bring the majesty of this unique plant to life.

According to Peter Reese, the film’s producer, ‘Seeing gift shops on the Italian Mediterranean coast in Amalfi featuring Saguaro cactus artwork was the wake-up call that spurred the film project; the cactus only lives in the southwest U.S.’

At about three minutes running time, the viewer meets a wide variety of people with both disparate and intersecting images of the Saguaro. And is challenged to come up with their own opinion thanks to this film from Woven Productions/Tucson, Arizona and Golden, Colorado.

Part of a series on lessons drawn from the singular environment that is the desert, forthcoming films include THE SEARCH FOR SINGULAR and CHANGED BY A PLACE.

To preview WHAT’S WITH THE SAGUARO?, click HERE. To learn more about the under-$10 PakPod system from a short video review, please click HERE.

WOVEN PRODUCTIONS is out to create redemptive films that elevate the human spirit, unite communities, and bring hope in a challenging world. In addition, outdoor and active lifestyle gear reviews found at www.InvestmentGradeGear.com provide alternatives to more disposable approaches to apparel and adventure equipment.

View all Releases by Peter Reese