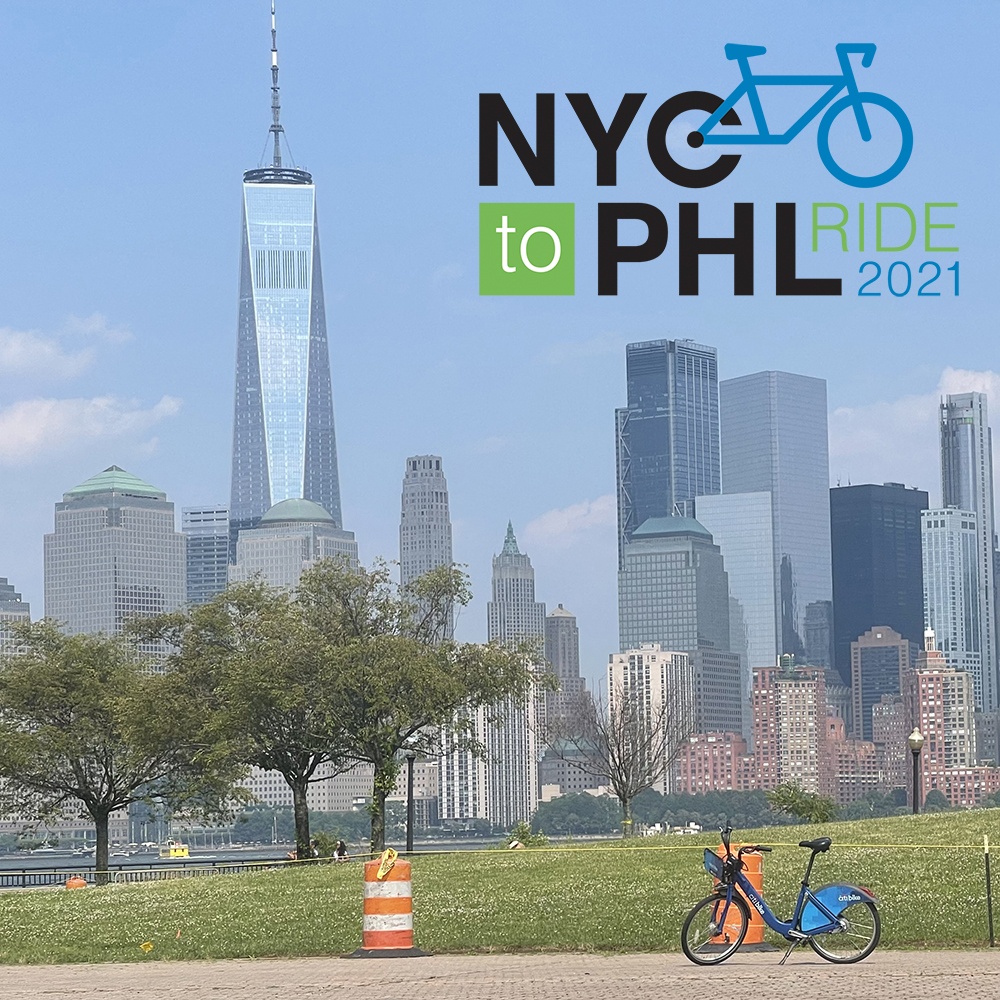 Riding to improve access to equitable, active transportation in the region, hundreds of cyclists will depart Jersey City’s Liberty State Park on Saturday, Aug. 28 for a 125-mile, two-day trek along the East Coast Greenway route.

Following an overnight stop in Princeton, New Jersey, riders will continue to Philadelphia’s Penn Treaty Park for a finish celebration on Sunday, Aug. 29. The ride will feature a mix of paved and natural surface trails, as well as supported, on-road riding.

Registration for the ride is open at greenway.org/nyctophilly at standard and premium levels, each with a fundraising commitment to support the East Coast Greenway’s mission. Included in the ride registration fee are an event T-shirt, two breakfasts, one lunch, fully stocked rest stops along the route and much more.

“Our dedicated NYC-to-Philly Ride participants have already made a significant impact through their fundraising efforts. We cannot thank them enough for their dedication to our mission,” East Coast Greenway Alliance Executive Director Dennis Markatos-Soriano said. “And with six weeks to go until the ride, it’s not too late for others to join what is sure to be an exciting event – and make an impact as well.”

Following a successful run of fundraising efforts, organizers recently increased the goal for the event to $200,000 raised in support of the East Coast Greenway’s work in the region.

Thanks in part to funds raised ahead of the event, the East Coast Greenway Alliance recently added its first-ever New York & New Jersey Coordinator, Luis Diaz, who carries region-wide responsibilities for all aspects of East Coast Greenway development from New York City.

Like Diaz, many NYC-to-PHL Greenway Ride participants were motivated to join the event because of its support of the East Coast Greenway and the importance of equitable transportation and public spaces, which rose to even more prominence during the COVID-19 pandemic.

“The pandemic had led to many more cycling miles, and I am very excited about the work the East Coast Greenway is doing daily to unite communities across the Eastern Seaboard,” said ride participant Newton Dixon, Jr., who learned about the Greenway in 2017 when he attempted to ride from his hometown of Queens, New York, to his grandmother’s home in New Haven.

Fellow participant Rebecca Feldman of Morristown, New Jersey, agrees about the Greenway’s power to connect. “The NYC-to-Philly Ride is so important because it shows how the Greenway can connect all kinds of communities that, until now, have been absolutely locked in and unable to move because of the unsafe roads.”