Eco-conscious Consumers Have Spoken: the Environmentally Friendly Shoe from SOLETM and United By BlueTM Gets Fully Funded in Less than 90 Minutes, Leading as One of the Top Sustainability Campaigns on Kickstarter. 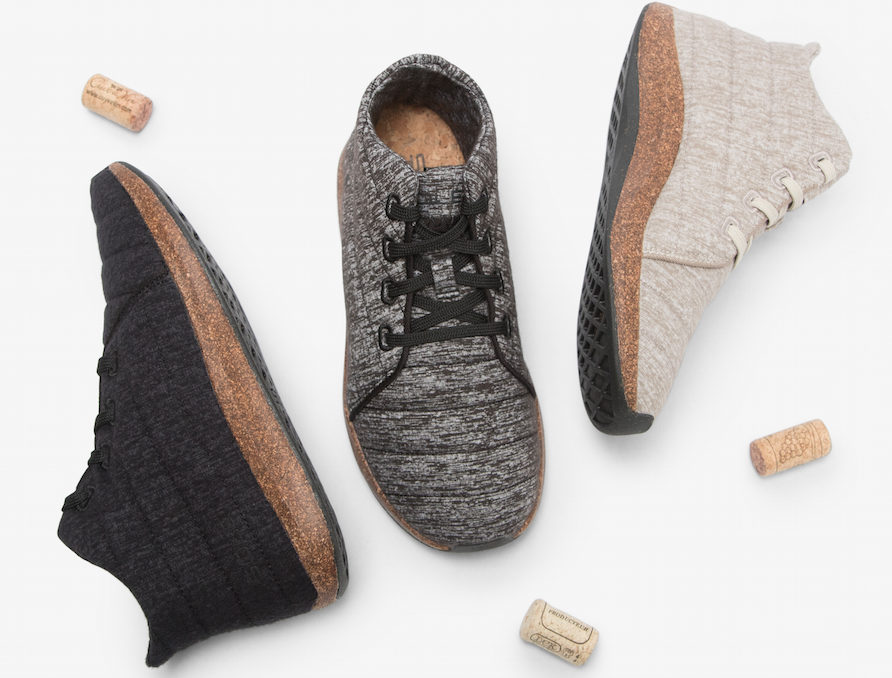 Vancouver, British Columbia (March 15, 2019) — SOLE and United By Blue are proud to announce the successful funding of their Kickstarter campaign for the world’s most eco-friendly shoe, the SOLExUBB Jasper Wool Eco Chukka. It took just 84 minutes for the campaign to reach its funding goal, which had been more than tripled by the 24 hour mark. The overwhelming support for the campaign further validates the market demand for products that prioritize the planet without compromising on comfort, quality, style or durability.

“We are blown away by the initial support from friends, family, customers, and the Kickstarter community,” says Mike Cangi, Co-Founder and Brand Director for United By Blue. “We wanted to say thanks to our current and future backers by offering new pledge options.”

As a result, the two brands are excited to unveil the SOLE x UBB Jasper Wool Eco Slip-on in celebration of the campaign reaching its first stretch goal of $300,000 in total pledges. The slip-on is made using the same eco-friendly materials as the chukka: ReCORK recycled cork midsole, BisonShield insulation, Bloom Algae Foam footbeds, natural rice rubber outsoles, and merino wool uppers. The slip-on is available now in limited quantities at an Early Bird price of $85. It will MSRP for $130 later this year.

“The slip-on has the same adventure-ready outsole, and the same cushioned comfort [as the chukka],” says Zach Osness, VP of Sales for SOLE. “The only difference is the convenient slip-on design.”

In addition to the new slip-on style, SOLE and United By Blue have made other updates to their Kickstarter campaign, in response to feedback from the Kickstarter community:

The Kickstarter campaign ends on April 4th, 2019. You can learn more about this collaboration and the campaign updates at ecofriendlyshoe.com.

SOLE is a Canadian footwear brand, founded in Vancouver in 2001. Our mission is to help people live active, pain-free lives while having the least possible impact on the planet. Our award-winning footbeds are the consumer’s choice for supportive insoles, reducing pain and fatigue in the feet of millions. Building on the success of our footbeds, we launched into footwear that is great for your feet and gentle on the earth. We strongly believe that we have a responsibility to consider the impact our actions have on the environment, which is why we’re blazing a trail for sustainability in footwear. From product design and development, to material sourcing and creation, we are committed to providing quality and comfort that doesn’t come at the cost of the planet. In 2008, we launched our cork recycling initiative ReCORK, which takes natural wine corks and turns them into a carbon-negative raw material that replaces petroleum-based foams and plastics in consumer products. We’ve recycled 100 million corks to date, and we are just getting started. Learn more about what we do and how we do it at yoursole.com.

About United By Blue

United By Blue is a sustainable outdoor apparel and accessories brand started in 2010 driven by the belief that every living creature is united by the blue of our world’s oceans and waterways, and we all share the responsibility to protect them. Our pledge unites our beliefs with our business: For every product sold, we remove one pound of trash from the oceans and waterways through company-organized cleanups. All apparel and accessories are responsibly made using sustainable materials such as organic cotton, recycled polyester, hemp, and bison fiber. United By Blue products can be found in nearly 1000 outlets globally, in our stores in Philadelphia, and online at unitedbyblue.com.

View all Releases by ScreamAgency