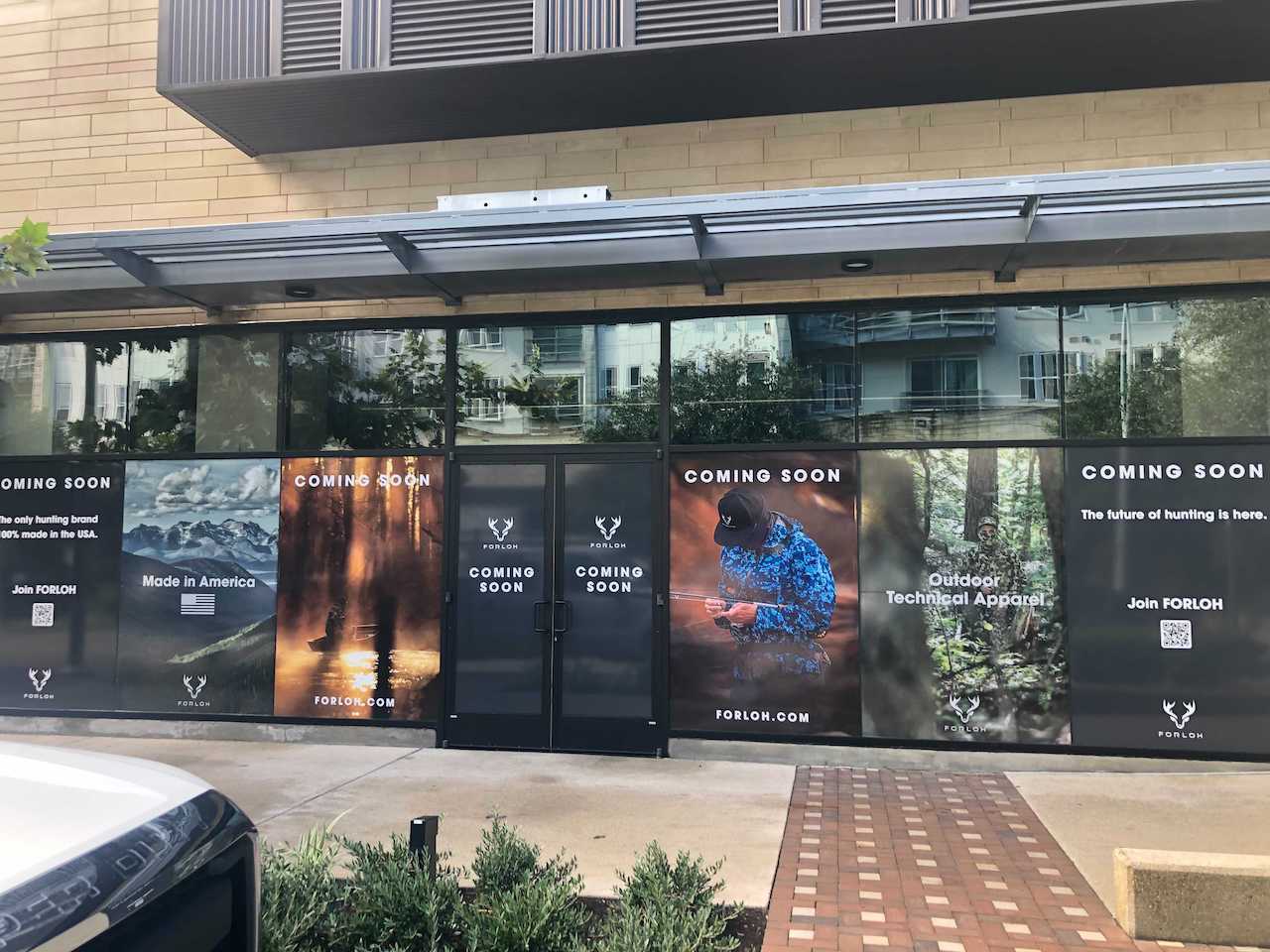 AUSTIN, TEXAS (Nov. 4, 2021) ­– FORLOH, the first brand to manufacture high-end technical hunting apparel that is 100 percent made in the USA, is pleased to announce the grand opening of a new retail concept store in Austin’s Domain Northside. Featuring the entire portfolio of FORLOH’s American-made hunting and fishing clothing, the Austin store will be the first retail site for FORLOH outside of its Whitefish, MT flagship store.

The store, located at Domain Northside, 3211 Palm Way, Suite 140 in Austin, will open its doors on Nov. 4, just as Texas hunting seasons open in full swing. An opening day event will be held Nov. 5 for the first 50 customers through the door, with giveaways scheduled for every hour.

“The in-person retail experience will play an important role as we continue to grow the FORLOH brand, and we feel Texas is the perfect place to put our first store outside of our Montana headquarters,” said Andy Techmanski, founder and CEO of FORLOH. “Texas has the largest number of hunters in the USA, with over a million buying licenses each year and Texans are the largest purchasers of American products. We’re proud to satisfy Texas’ need for world class hunting apparel that’s designed, sourced and made in the USA.”

In addition to jackets, vest and hunting pants, for both women and men, the Austin store will showcase the new Deep Space Baselayer Top, recently featured as one of the best new pieces of hunting gear in Outside Magazine’s Winter Buyer’s Guide.

The only brand that makes 100-percent American-made hunting apparel, FORLOH, focuses on the hunting and outdoor markets. Based in Whitefish, Mont., FORLOH uses a range of cutting-edge and proprietary technologies to improve performance in areas like breathability, waterproofing, insulation, heating, and cooling. Through FORLOH’s connections with U.S. manufacturers, it has adopted and applied technologies from other industries, such as NASA or the automotive industry, to create unique performance characteristics that other manufacturers are not offering. It is focused on how its products work together to create an apparel system that performs better. At its core, FORLOH is dedicated to enabling customers to forge deeper connections with the outdoors through use of better technology. Join the future today at FORLOH.com and join the conversation on Instagram, Facebook and Twitter.

View all Releases by Bethany