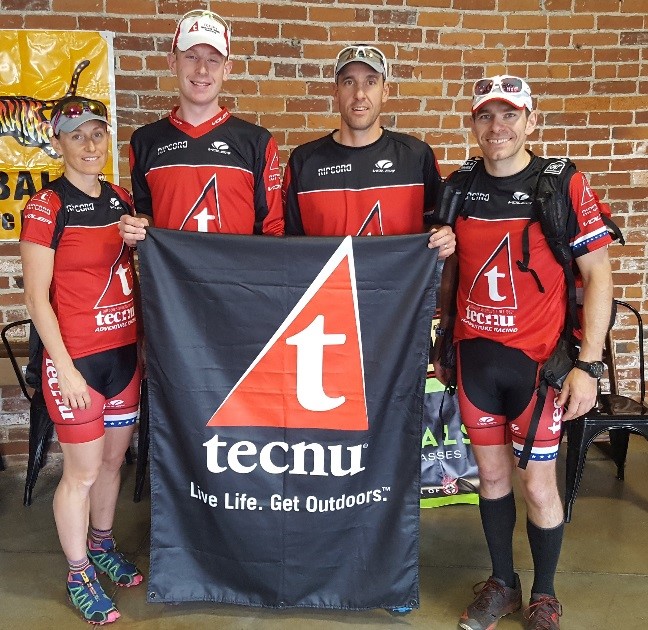 Headsweats, the leading manufacturer of performance headwear for runners and athletes, is thrilled to announce their renewed sponsorship of the Tecnu Extreme Adventure Racing team.  Now in their 6th year of partnership with Team Tecnu, Headsweats will provide headwear for the 6-person team as they tackle the most extreme adventure races across the U.S. and the world.

“This group of athletes is one of the strongest teams we have ever fielded,” said Team Tecnu’s Founder, “Earring” Doug Judson.  “We want to make sure they’re outfitted for every race with the highest-quality performance gear on the market, which is why we’ve partnered with Headsweats for six consecutive years.”

“Team Tecnu races in the most extreme outdoor conditions, and is constantly putting their gear to the ultimate test,” says Alan Romick, Headsweats Founder and CEO.  “We’re honored to know that year after year, they’ve gone with Headsweats as their performance headwear of choice.”

Team Tecnu started off their 2016-17 racing season with a victory at the Olmitz Miner, a 300-mile adventure race in Ottumwa, Iowa, and is hoping to earn their 4th straight USARA National Championship in October.

Headsweats is the leader in ultra-light, supremely wicking performance headwear that dominates the triathlon, cycling, running, and endurance markets.  For over 15 years, Headsweats has established itself as the frontrunner in technical headwear by combining the spirit of innovation, unsurpassed customer service and well-developed partnerships with high profile events and brands such as US Military Endurance Sports, Team Red, White and Blue, Gold’s Gym, Team In Training, International Mountain Bike Association, Loudmouth and Challenged Athletes Foundation.  With a dedication to seeking out and using innovative materials and designs, Headsweats makes the highest quality headwear in the industry.  Keep a cool head.  www.headsweats.com.