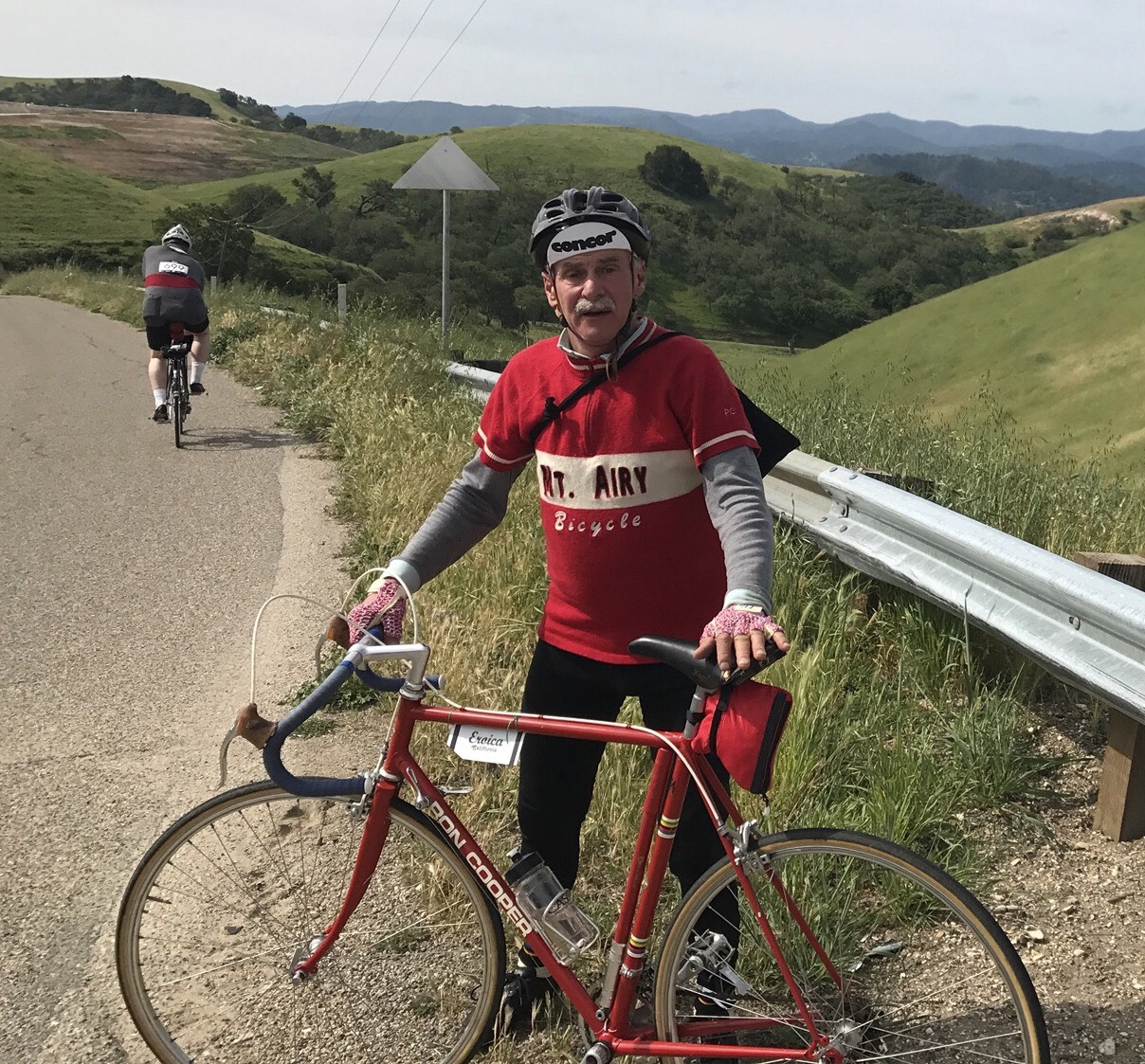 Larry Black Supporter of Organization Since 1995

“World T.E.A.M. Sports is fortunate to have a friend like Larry Black,” said the organization’s CEO and President, Van Brinson. “His expertise surrounding all things bicycle, and especially his knowledge of adaptive bicycles, has allowed the Face of America to continue to grow. His collection of over 3,000 bikes means he typically has at least one of whatever bike I need for any adaptive athlete.”

A former competitive cyclist who received his first racing ten-speed bike in 1961, Black cares deeply about the adaptive veterans who ride Face of America. “On those days when you get up and bemoan a bike ride on too little sleep or because of a pain here, headache there … that’s when I think of our riders who face their challenges each day and press on,” Black said.

Starting College Park Bicycles in 1979 “with two months’ rent and borrowed goods from a former bike shop,” Black grew his shop by providing personal service to his customers, and by stocking a large variety of discontinued and hard-to-find bicycle parts. “We are well known for having most anything cyclists want or need, or even things that might arouse curiosity and might be of little value to anyone,” he reports on his website, bike123.com.

Black has been a supporter of World T.E.A.M. Sports since 1995, when Rob and Tracy Lea invited him to participate as one of the announcers at the finish of the AXA World Ride. “I was in the booth alongside Greg LeMond, a guy with whom I have kept in contact with and raced alongside even before that,” Black recalled.

For Face of America, Black has been a supporter since the 2002 ride, which honored the victims of the September 11 attacks on America on a three-day route from Manhattan to the Pentagon. “I remember driving to New Jersey, meeting the ride, and doing follow support to DC,” said Black. “I and/or a staffer have supported the ride ever since.”

In recent years, Black and his team have offered participating athletes assistance in their two-day ride to Gettysburg through Maryland. “We provide tuning for any participants in the run up to the event, though too few take advantage of this service and arrive unprepped,” Black said. “We provide discount rentals as well as free loaners in certain cases. We help people with fittings and advice on what their best choices are for bike and trike selection.”

Through his many years of supporting Face of America, Black said his life has changed through his experiences.  “I remember 23 year old Nick, a quadruple amputee, who was very inspirational and motivational to those who questioned their abilities – and triple, double, and single amputees would feel very special having what they had.”

As the owner of two independent bike shops, Black reports it is increasingly challenging in today’s economy to make a living. “In 2003, there were 6,200-plus shops,” Black noted. “In 2016, we were down to 3,850, losing about one a day in the USA.” He attributes the decline in shops to the rise of the Internet, which allows customers to use local shops “for fitting, advice, and help selecting bikes, clothing, and shoes.” The athletes “then find a shop or an online source willing to beat a price – sometimes by what comes out to pennies a week in the end,” denying the local business the sale. In addition, some overseas suppliers can sell products for less than the shops pay from their United States suppliers. The result is fewer shops and declining sales nationally among the brick-and-mortar businesses.

Black’s website helps him maintain sales on a national basis, as does his extensive selection of hard-to-find parts and bikes. “Because we have so many different things and types of bikes, often we don’t even know what’s here,” Black explained through his website. “Often customers get involved in the search and find other distractions. We’ve been accused of doing this on purpose, ‘a treasure hunt’ as one visitor put it, saying they would be tempted with other things they found.”

While Black occasionally rides the last few miles of Face of America to support the riders, and has considered serving as a member of the moto team on his motorcycle, he believes it is better for him and his staff to be available to help the riders with mechanical repairs. “It would be more about me, not them, and every mile I’m not working, it means fewer mended bikes.”

When not working at his stores, Black can often be found riding his high wheel bike. “It’s novel and the view is terrific,” he said of his experience. “I’ve been in four races, dozens of parades, and five 100-mile century rides. Only two trips to hospitals so far.”