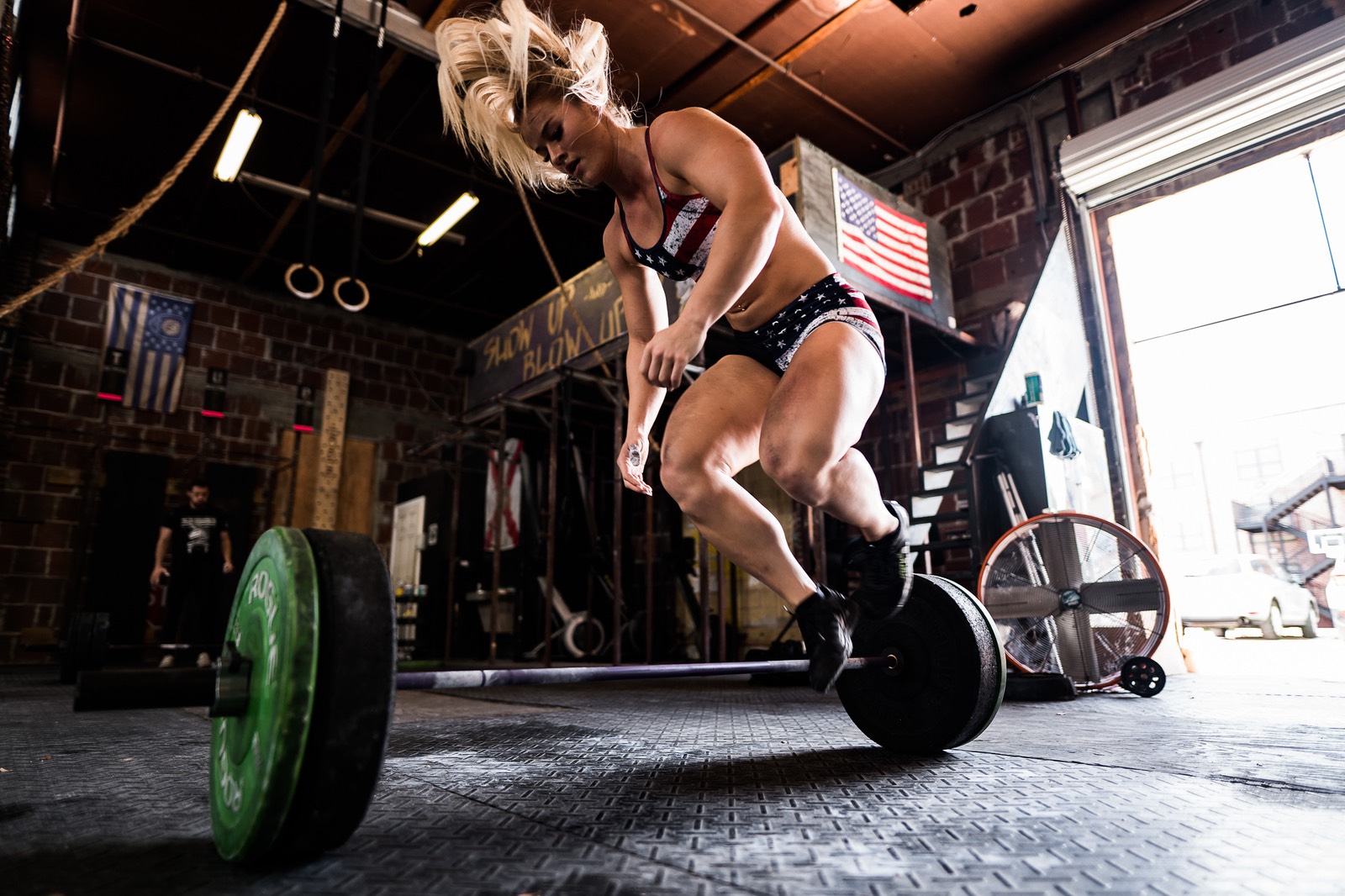 inov-8 athlete Dani Speegle has finished the 2019 CrossFit Games Open series ranked #1 in the USA, just four years after starting in the sport. The result has earned her a spot at the CrossFit Games.

inov-8 athlete Dani Speegle has finished the 2019 CrossFit Games Open series ranked #1 in the USA, just four years after starting in the sport. The result has earned her a spot at the CrossFit Games – the sport’s marquis event – later this summer.

The 26-year-old, who hails from Melbourne, Florida, USA, has enjoyed a meteoric rise since first stepping foot in a gym, and last week finished top of the USA female leader board in the CrossFit Games Open 2019.

The only four athletes to score higher than Dani in the gruelling five workouts that make up the Open were from Iceland (x2), Norway and New Zealand. A total of 140,000 female athletes worldwide took part in the Open.

Dani’s performances and overall score for the Open earned her a place at the 2019 CrossFit Games – the biggest event in the sport, where athletes from around the world compete against each other. This year’s CrossFit Games will be held between July 29th – August 4th in Madison, Wisconsin.

“The Open was an amazing experience this year,” says Speegle. “The goal going into it was to place top-20. I was just trying to make it to the Games and that was it. After week three my goals shifted a bit. It was pretty clear, barring a huge mess-up, that I was going to make it top-20, so my goal of winning the US started to take form.

“The second week was my favourite Open workout to date,” she adds. “It was the perfect workout. Heavy weight, skill, endurance – it was beautiful. When it was first released in 2016, that was my first Open and I couldn’t finish the workout because I couldn’t complete the final weight for the squat cleans. To be able to have another go at it and finish it – especially during this Open – made me all smiles.

Speegle used inov-8 trainers for the Open, completing most of the workouts in the brand’s pioneering F-LITE G 290 training shoes – the world’s first with graphene-enhanced rubber outsoles. 200 times stronger than steel, graphene is the world’s strongest material. inov-8 collaborated with The National Graphene Institute at The University of Manchester in the UK to infuse the Nobel prize winning material into the rubber outsoles of the shoes, which are scientifically proven to be 50% stronger, 50% more elastic and 50% harder wearing.

“I love the versatility of the shoes. No matter which ones I’m wearing, I feel comfortable hitting a workout, going for a run or climbing a rope,” she raves. inov-8 has a shoe for EVERYTHING. I also find that a lot of time with running shoes there isn’t enough ankle support to actually hit a WOD (workout of the day) as well, but the inov-8 runners give me enough support to do both.”

Interviews with Dani can be arranged on request, as can test & reviews of inov-8 footwear. Contact leeprocter@inov-8.com and/or francalvert@inov-8.com

Watch Dani do 19.1 (the first workout of the 2019 CrossFit Games Open) in this YouTube video: https://www.youtube.com/watch?time_continue=2&v=GnRAZ4gKbMU

Learn more about inov-8 and the brand’s revolutionary graphene footwear at www.inov-8.com/graphene