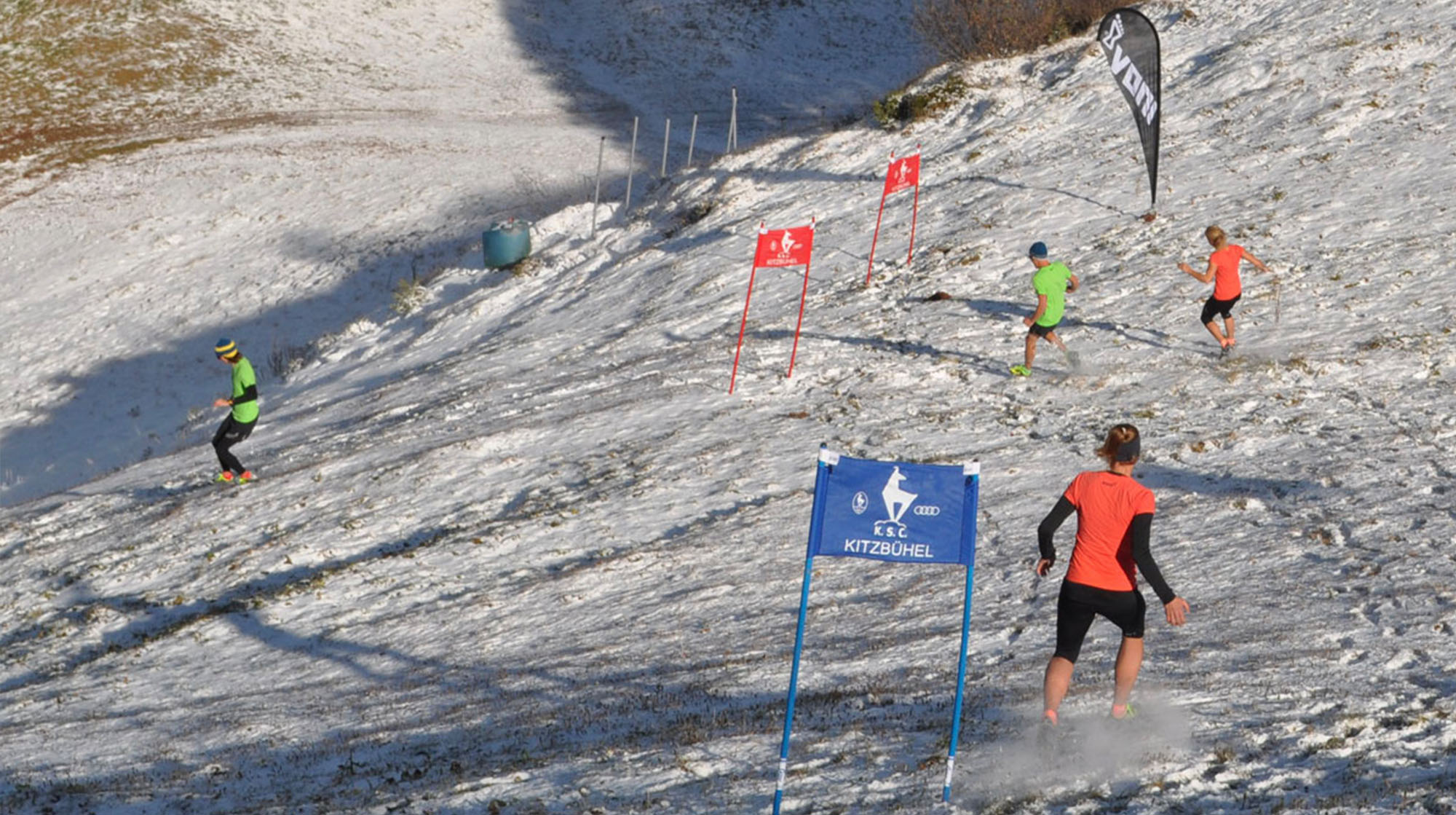 For the first time ever, runners are being given the opportunity to race down the world’s most notorious ski slope.

Featuring blind drops, daredevil jumps and an insanely steep gradient of 80%, the legendary Streif, on the Hahnenkamm mountain in Kitzbühel, Austria, is regarded as the ultimate challenge for downhill skiers on the world cup circuit.

Now, in a sporting world-first, running brand inov-8 is to stage a downhill footrace for 180 brave competitors on the Streif.

The inov-8 Descent Race will take place in October this year and see runners set off at 30 seconds intervals from the iconic ski start-house at the top of the Hahnenkamm mountain. Ski gates will guide the way for runners, who will weave down the 350m route before entering the finish area.

The fastest 30 runners in both the men’s and women’s categories will qualify for the final run where, as in skiing, finalists will start in reverse order at one-minute intervals. The fastest will be crowned downhill champions.

inov-8 product and marketing director Michael Price said: “inov-8 was forged in the Lake District fells of Great Britain 15 years ago and we have always loved the thrill of running fearlessly down steep fells. Now we’re bringing a taste of British fell running to the Austrian Alps with the pioneering inov-8 Descent Race.

“We’re hoping that runners from across the world will come to Kitzbühel and join us in experiencing what will be the ultimate downhill running thrill.”

This event is one of two world-firsts for inov-8 in 2018, with the other being the highly-anticipated launch of graphene-enhanced running shoes in June.

The inov-8 Descent Race will take place on Saturday, October 6th, 2018. Entries are now open. For all the details go to www.inov-8.com/descent

Founded in Northern England in 2003, inov-8 is one of the world’s leading footwear, apparel and equipment brands in both the off-road running and fitness sectors. Now operating in over 60 countries, inov-8 prides itself on designing high quality, innovative products that deliver best grip and unrivalled performance. www.inov-8.com

inov-8 announced its pioneering use of wonder-material graphene in December last year. The official launch of G-SERIES will be at The University of Manchester’s National Graphene Institute in June, 2018. inov-8 is the first brand in the world to incorporate graphene into sports footwear, delivering rubber outsoles that are 50% stronger, 50% more stretchy and 50% more resistant to wear. Press release: www.inov-8.com/graphene-press-release