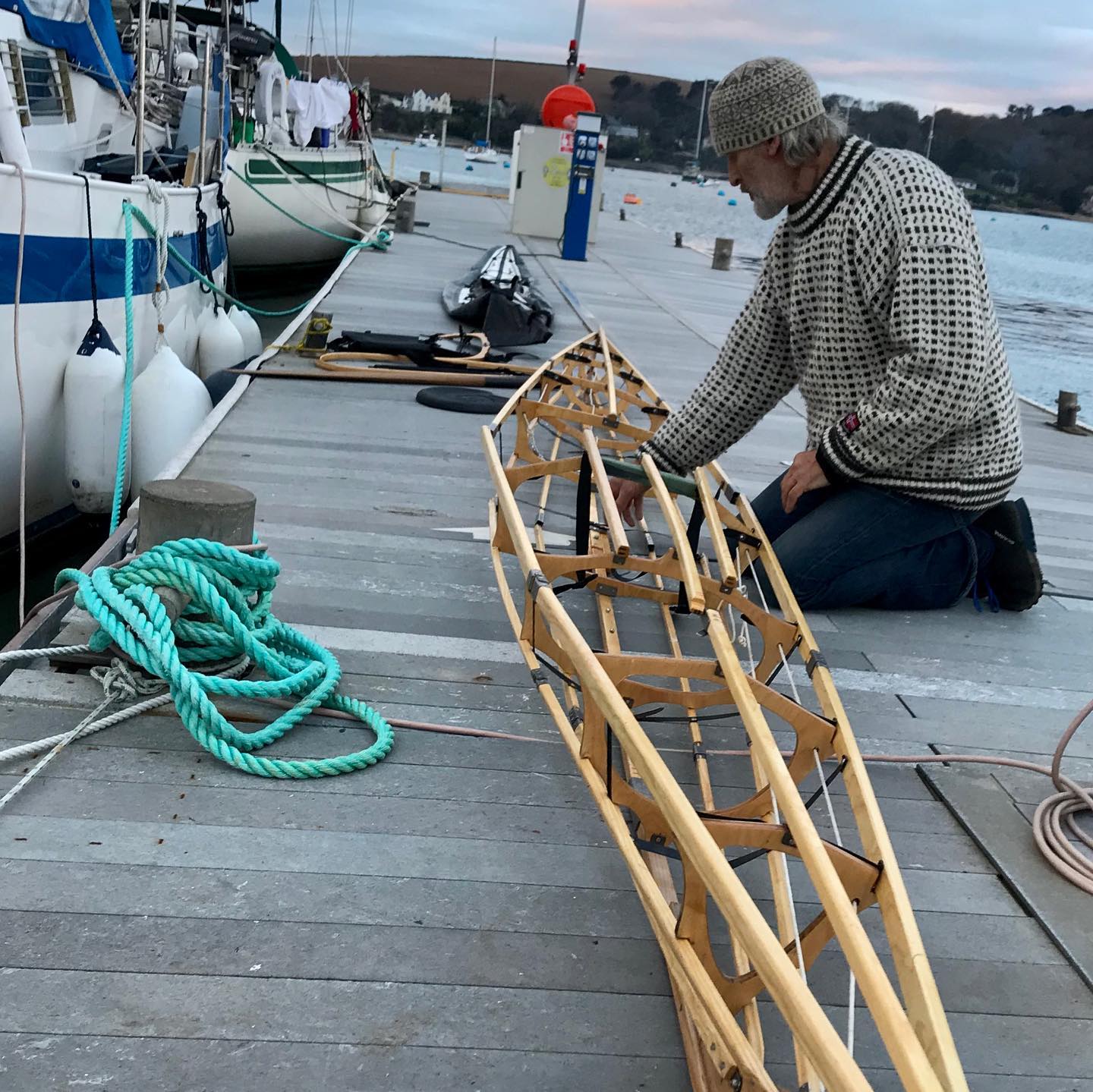 ARCATA, CA – In early June, Kokatat ambassador Jeff Allen will set sail for East Greenland from Falmouth, England, on the coast of Cornwall, following the course of Gino Watkins’ 1932 expedition. Watkins was a rising and acclaimed polar explorer who didn’t return from a seal hunting trip in Tuttlik Fjord in East Greenland that same year.

“Many expeditions have flown to Greenland and explored the area where Watkins was lost, but we believe we may be the first to follow Watkins’ route starting from the UK under sail and combining kayaks,” said Allen. “For me the adventure of sailing as Watkins did adds another level of mystique and authenticity to the expedition.”

Allen will sail to Greenland via the Faroe Islands to Iceland and then on to East Greenland on his 39-foot yacht Wild Rover. Along the way he will explore many of the inlets and islands he encounters via folding skinned kayaks, similar in design to what Watkins used. In East Greenland, Allen will explore the area by kayak and retrace Watkins final paddle.

Watkins was born in 1907 and by his early twenties was being hailed as the natural successor to Scott and Shackleton for polar explorations. In 1932 Watkins made an epic open boat journey around the King Frederick VI coast in Southern Greenland that won him the Royal Geographical Society Founders Medal and international acclaim.

On August 20, 1932, while conducting further research of a 1930 expedition that he led to the east coast of Greenland to observe the weather for a proposed trans-Atlantic air route to connect Europe and North America, he was lost while trying to provide food for his team. His empty kayak was recovered later that day, as were his trousers and kayak apron on an ice flow about one kilometer away. However, his body was never found. Gino Watkins’ kayak and gear are now stored within the Royal Geographical Society in London.

Allen plans to arrive in Greenland late July where he will remain until the middle of August.

Kokatat has been manufacturing paddling gear in Arcata, California for 50 years. At a time when many technical apparel brands were moving manufacturing offshore, Kokatat continued to invest in infrastructure in the United States. Kokatat founder Steve O’Meara was committed to the development of the finest and driest paddling apparel in the world and recognized the need to control and continually evolve the development of our dry wear. In the early days, Kokatat worked closely with W.L. Gore & Associates, makers of GORE-TEX®, to refine the sewing and sealing techniques required for full immersion suits and tops. Today, our hands-on approach to manufacturing continues to set the standard in paddling apparel. Into the water with Kokatat! Learn more at kokatat.com.