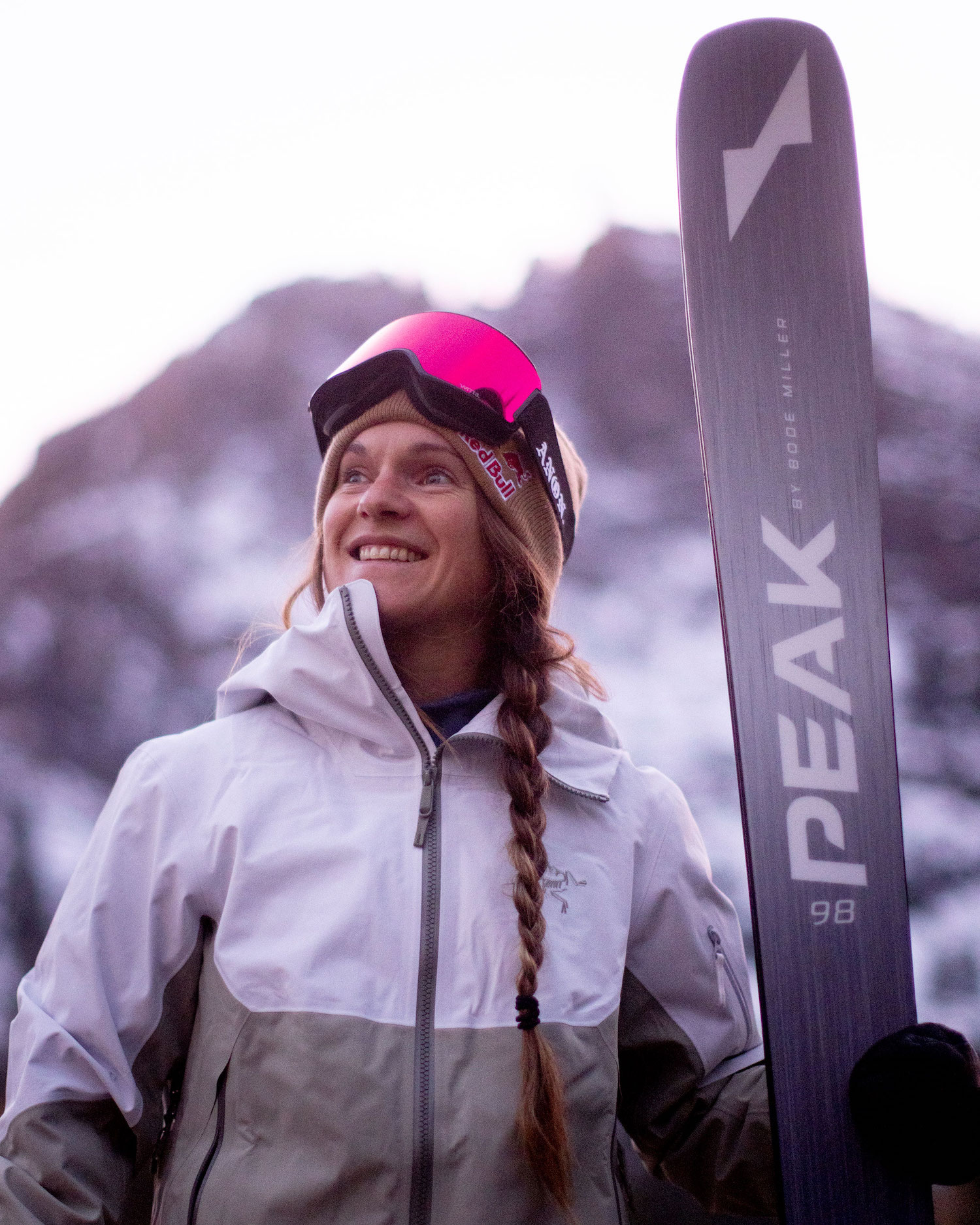 “I’ve known Michelle professionally and as a good friend for quite some time. Her intellect, passion for innovation and the mountains coupled with her remarkable skiing abilities make her a perfect fit – in fact an ideal fit – for the leadership team here at Peak Ski Company,” said Andy Wirth, Cofounder and Chief Executive Officer.

Parker will report to Wirth and serve as a member of the leadership team at the Peak Ski Company. She will be involved with key strategic initiatives including product design and development, marketing communications, and the long-term initiatives associated with advanced materials development and reengineering the process and machinery associated with the manufacture of skis.

“Having the opportunity to join the Peak Ski Company at this stage in the company’s evolution is a dream come true,” said Michelle Parker. “Andy and Bode have come out of the gates hard and fast and built a remarkably innovative company with an incredible team. The ethos of Peak and their passion for the mountains and skiing is very much aligned with mine. Near term, it’s exciting to be directly involved with developing skis, from prototype development to the critical testing and feedback loop. Even more exciting is Peak’s longer term strategic initiatives including reengineering the ski manufacturing processes that will ultimately drive remarkable outcomes including the elimination of waste and the use of resins, glues and epoxies within the ski manufacturing process – which really resonates with me as a priority.”

“I’ve recently gotten to know Michelle, but her reputation and credibility as an athlete are well known. I have tremendous respect for her skiing abilities and her passion for the environment. Most importantly, her quality of character, drive and intellect are exemplary, and we are very glad to welcome her to our team,” said Bode Miller.

Parker began her skiing career as a ski racer at Palisades Tahoe before shifting her focus to freeskiing at age 15. She competed in the U.S. Freeskiing Open, X Games and Red Bull Cold Rush, and as a big mountain skier, has been featured in numerous ski films by Matchstick Productions, Red Bull, Warren Miller, Poor Boyz Productions, and Originate, a self-produced series with Red Bull that has made her one of the most watched skiers in the world. In 2013, Parker won Best Female Performance in both the Powder Video Awards and at the International Freeski Film Festival. She is one of the founders of the S.A.F.E. A.S. women’s avalanche and snow safety clinics and an advocate for women in action sports. Parker has used her connections as a professional athlete to help advance women’s representation in big mountain skiing and freeride mountain biking, and also works behind the camera and in production roles in the action sports media space.

Currently, Parker is featured in Nexus, a film produced and directed by women that features a roster of all-women skiers documenting their connection to the mountains and how skiing shapes their relationships. For more information visit www.nxusfilm.com.

Learn more about Peak Ski Company at peakskis.com and watch the video about why Parker is joining the company’s leadership team on the Peak Skis YouTube Channel.

Proudly born of the mountains of Southwestern Montana and from the vision of its co-founders, Andy Wirth and Bode Miller, Peak Ski Company is rooted in innovation. A direct-to-consumer, high-performance ski and brand platform, Peak Ski Company is leading with a line of six all mountain and side-country skis for the 2022/23 ski season. Peak’s high-performance all mountain skis include the Peak 88; Peak 98; Peak 104, and Peak 110. Developed and tested in the Montana backcountry, the company has also developed a line of high-performance “sidecountry” skis, Peak SC by Bode Miller, including Peak 98SCs 98’s and Peak 104SCs. Peak is the first, at-scale, direct-to-consumer ski company in the United States and is focused on developing advanced materials, manufacturing processes and equipment, and integrating technologies into its skis with an intense cadence and a focus on performance. Peak’s 2022/23 line of skis have already been declared among the best skis available on the market based on the ingenuity and experience of the product design and development team led by legendary alpine ski racer, Bode Miller. Learn more at www.peakskis.com.