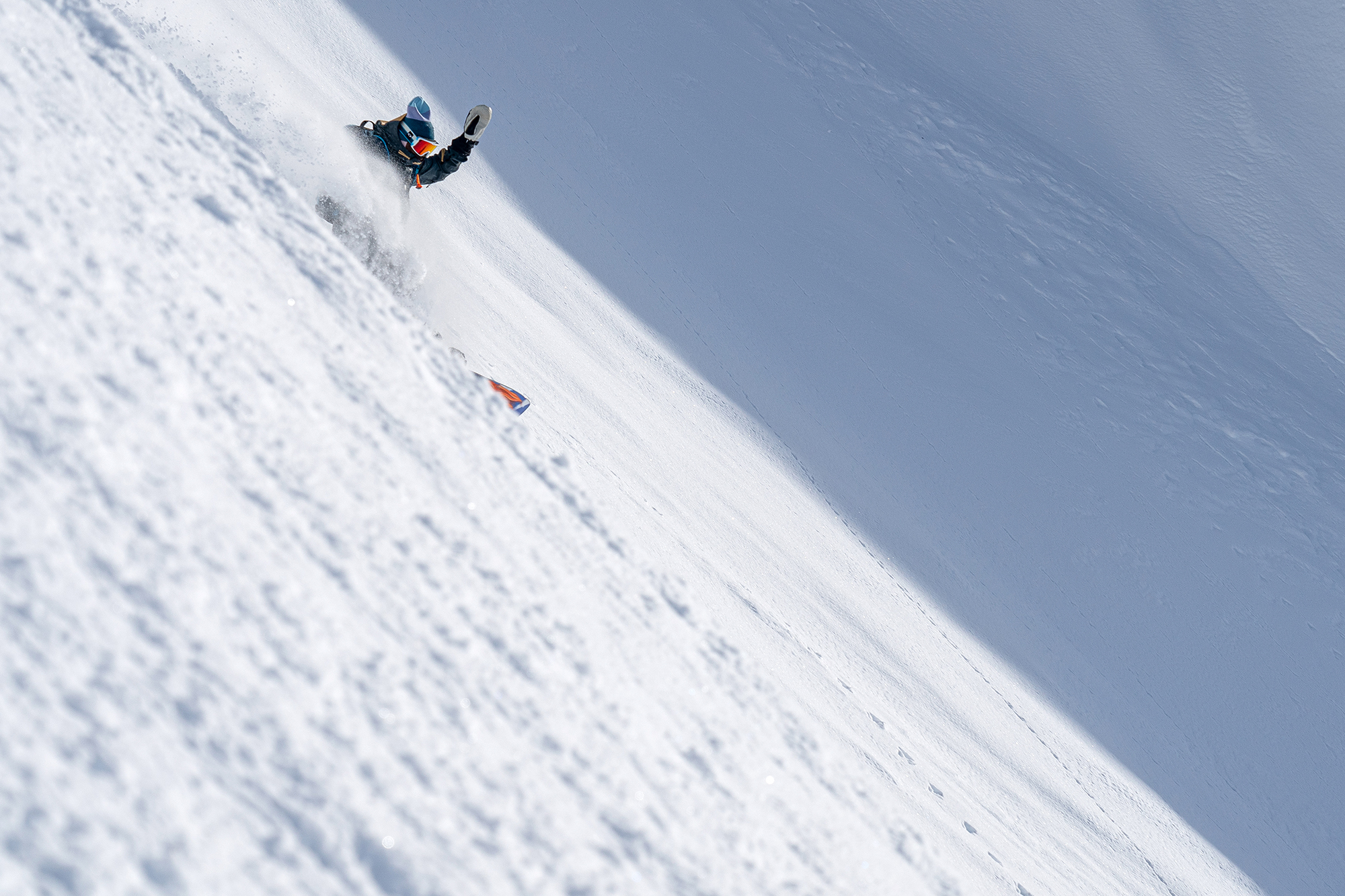 Most veterans of the snowboarding industry know that Russell was the first African-American professional snowboarder thanks to Snowboarder Magazine’s final printed issue where he donned the cover and famously said, “I’m the Jackie Robinson of this sh*t”. But what a lot of people may not know is the connection that his past has with Mizu.

“Russell and I go way back”, said Mizu’s CEO Tim Pogue. “I’m so happy he’s finally getting the credit and respect he’s earned over the years. Yes, he’s a talented rider, he’s smart as hell and has always had his finger on the pulse of trends in action sports and fashion, but mostly, he’s just so damn fun to work with!”

Russell met Tim at Stratton (Vermont) when Tim was the Burton Team Manger in the early 1990’s. They clearly hit it off as Russell was subsequently signed to the Burton grass roots team. And when Tim left Burton to start Ride Snowboards, Russell became the first team rider to join the team and helped to assemble the now legendary original Ride Team.

“I’ve been helping out Mizu on a project basis since they partnered up with Jussi, but with my snowboarding career kicking back into high gear, it just made sense for us to formalize things”, said Russell. “I have always totally supported Mizu’s mission to help reduce pollution, and since its owned and run by a bunch of snowboarders, I fit in like a glove!”

Russell is referring to Mizu’s co-founder Jussi Oksanen, a long-time professional snowboarder with Burton who added, “As young kids from Finland trying to become pro snowboarders, me and my friends always looked up to the Ride team. I remember watching ‘The Hard, The Hungry and The Homeless’ (Mack Dawg Productions circa 1994) until the tape got worn out”, said Jussi. “Looks like it’s going to be some fun winters on the horizon!”

Founded in 2008 by pro-snowboarder Jussi Oksanen as a move to cut back on the single-use plastic water bottles he witnessed on his travels, Mizu has grown to encompass a global community of like-minded people who seek out adventure, a cleaner environment, and a healthy lifestyle. Today, Mizu is known for customizing its wide range of premium reusable products that last a lifetime and help businesses, outdoor athletes and adventurers choose reusable over single use all day, every day. Mizu is a member of​ ​1% for the Planet​, directing its donations to nonprofits that protect the places where we play.

For more information email marketing@mizulife.com and/or follow @mizulife on social.

View all Releases by MIZU