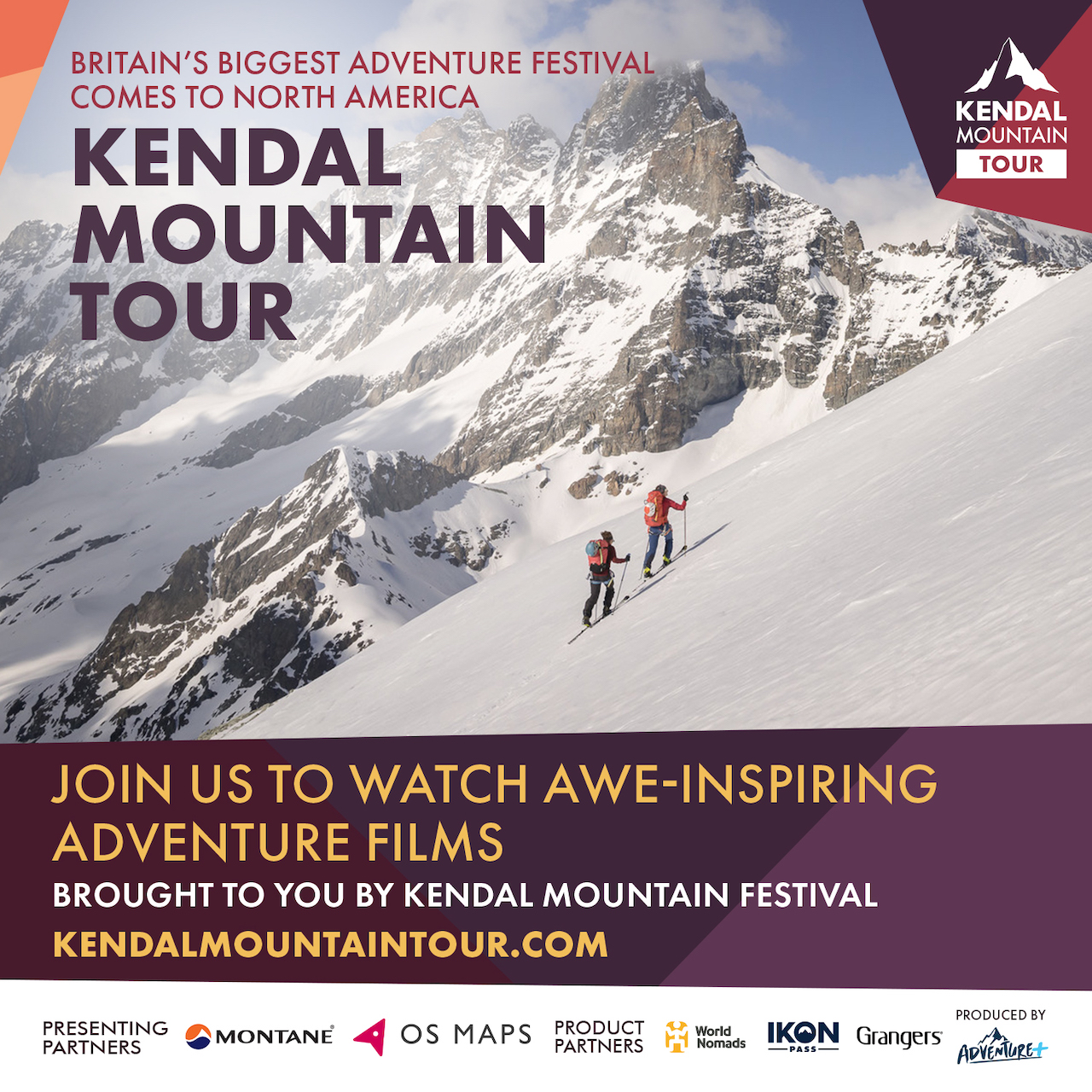 Boulder, CO (November 4th, 2022)/OUTDOOR SPORTSWIRE/ – British outdoor apparel and equipment brand, Montane, is pleased to offer their continued support of the popular Kendal Mountain Tour as it continues on tour to over 50 US screening locations this weekend. As a presenting sponsor alongside OS Maps, Montane is excited to share these uniquely British and European short films and stories with North American audiences.

Be guided through culturally rich, cinematically beautiful, thought provoking stories – told by a unique collection of travelers, athletes, activists, and creatives from the most spectacular places on earth! Check out the link below to find your nearest venue and watch the trailer here (TRAILER) #sharetheadventure . TICKETS

The drive to find, see and do more in the outdoors has driven Montane to evolve for efficiency through a simplified ‘less is more’ approach. The brand works closely with serious mountain professionals, leading adventurers, and top-performance athletes to be at the forefront of developing a clothing range that allows people to be immersed in nature, no matter the environment. Montane uses its unrivaled expertise to create a collection of reliable and versatile running, walking, and mountaineering clothing allowing its wearer to go FURTHER. FASTER in the outdoors.

About Kendal Mountain Festival: Over 40 years ago, back in October 1980, Kendal hosted a new low-key two-day event. Named the ‘Kendal Mountaineering Film Festival’, visitors experienced art, seminars, films, photography and – importantly – “two bars”. The Festival grew in stature and became globally respected as a launchpad and international showcase for mountain and outdoor film, premiering or screening such classics as ‘The Bat’, ‘Five Days One Summer’, ‘Hard Grit’, ‘Touching The Void’ and more recently ‘Free Solo’, ‘14 Peaks’ and ‘The Rescue’. ‘Kendal’ became recognized as the main annual social event for outdoor enthusiasts in the UK and Europe, and built its strong international reputation. Since then Kendal has gone on to become a global touring film festival spreading across the United Kingdom and now North America.