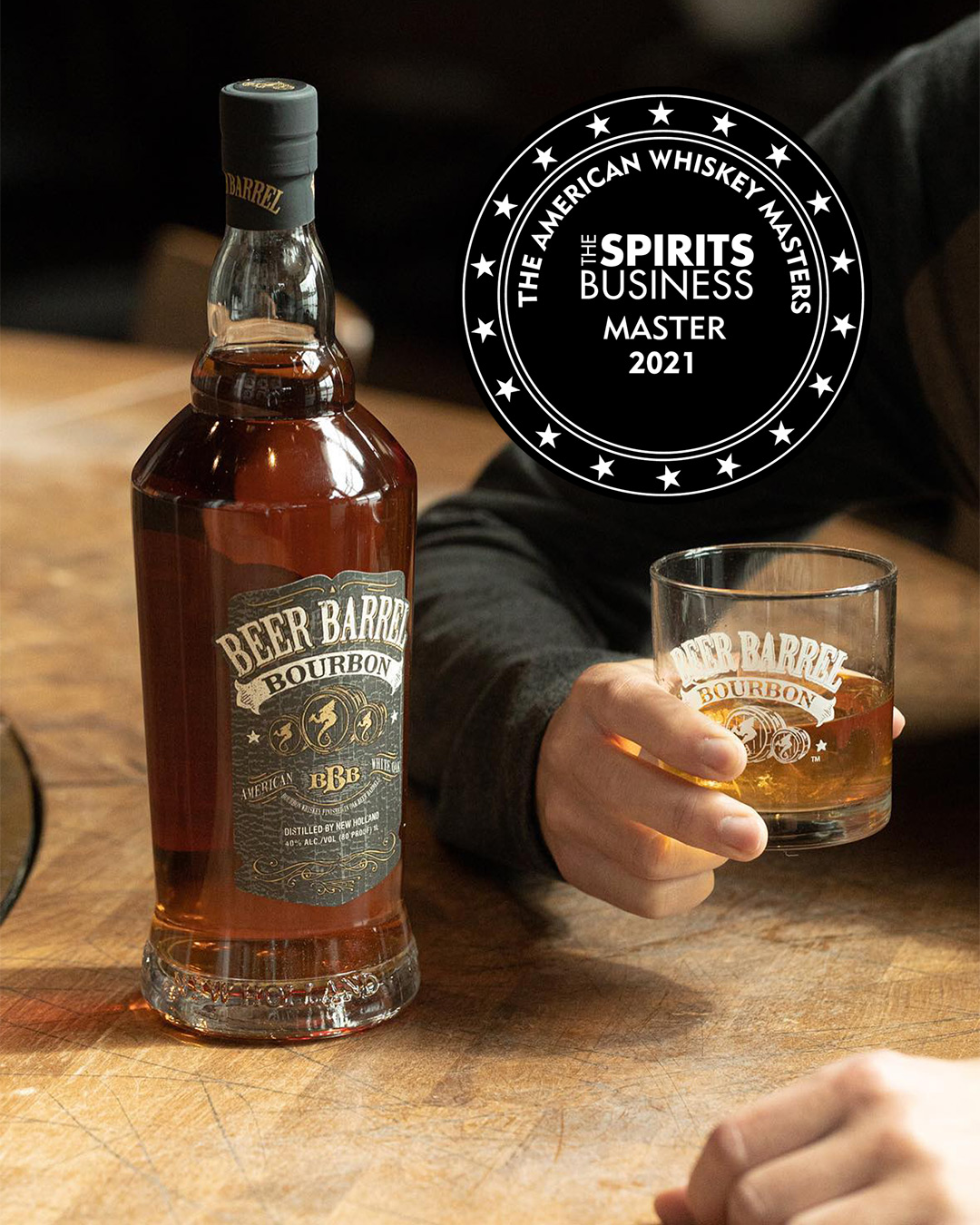 Holland, MI (August 3, 2021) — New Holland Brewing, the Michigan based top-50 craft brewery, is honored to receive a Masters Medal from The Spirits Business in the American Whisky Masters Competition for their Beer Barrel Bourbon. Launched in 2008, the prestigious Global Spirits Masters rates and rewards excellence in spirits production, from retailers, brands, distillers and blenders around the world.

“We’re thrilled that Beer Barrel has joined the ranks of excellent bourbons that have won a Masters Medal,” said Adam Dickerson, Brand Manager. “It is an absolute honor, and it further cements New Holland as one of the leading craft breweries and distilleries in the country.”

The Spirits Business is the leading international spirits trade publication, and their Global Spirits Masters is known as the world’s most highly regarded series of blind taste competition. These awards are unique in their exclusive use of completely independent expert judges, including journalists, retail buyers, bartenders and educators. Judging for the American Whiskey Masters Competition, which saw over 80 entries, took place in July in central London. New Holland Brewing’s Beer Barrel Brewing received over 90 points, worthy of a Masters Medal award.

Beer Bourbon Barrel is a unique, first-of-its kind bourbon that is aged in new American oak barrels before finishing in the brewery’s legendary Dragon’s Milk barrels. The Dragon’s Milk barrels provide a softer, more rounded flavor with notes of vanilla and smooth dark malts. Founded in 1997, New Holland Brewing is recognized as one of the leading innovators in the revolution of craft brewing and distilling.

The full results of the American Whisky Masters category can be found in the latest issue of The Spirits Business Magazine, which hits newsstands on August 2, 2021.

New Holland Brewing Company’s deep roots in the craft industry go back to 1997. Our role as an integral member of the artisan approach is something we take seriously, yet engage lightheartedly. We believe the art of craft lives in fostering rich experiences for our customers, through creating authentic beer, spirits and food while providing great service. Recognized for our creativity and artistry, our mission to improve the lives of craft consumers everywhere is seen in our diverse, balanced collection of beer and spirits.