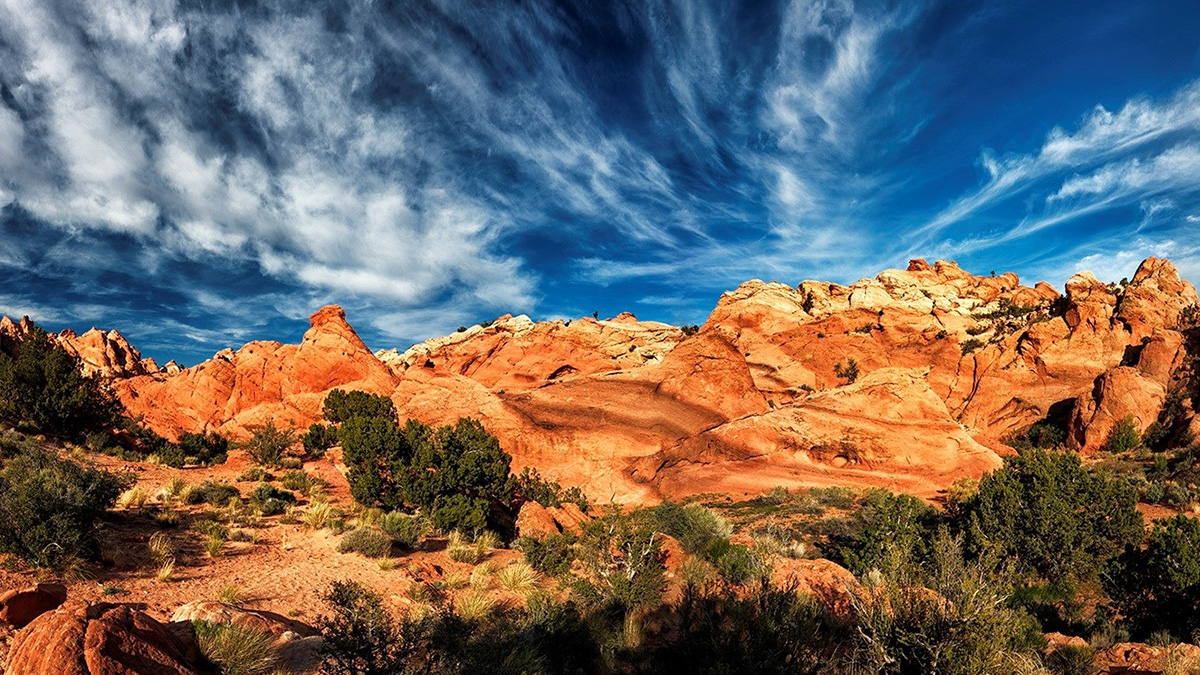 BEND, Ore. (February 14, 2022) /OUTDOOR SPORTSWIRE/ – The Conservation Alliance, along with 24 outdoor industry companies, are urging Emerald Expositions (“Emerald”) not to move the industry’s Outdoor Retailer trade show to Utah, stating that they will not support or attend a trade show event in the state as long as its elected officials continue their attacks on national monuments and public lands protections.

Industry leaders are expressing their support for the Bears Ears Inter-Tribal Coalition and its longstanding efforts to protect the homeland of the Tribes and Pueblos with cultural ties to the Bears Ears landscape, as well as the overwhelming majority of the outdoor industry and the American public. Despite widespread industry objections, Emerald has demonstrated a continued interest in moving the Outdoor Retailer trade show to Utah, a state that continues to lead the fight against designated national monuments and public lands.

“In 2017, REI Co-op strongly supported the decision to move the outdoor industry trade show out of Utah when the state’s leadership refused to protect duly designated national monuments and natural treasures,” said Ben Steele, Executive Vice President, Chief Customer Officer, REI Co-op. “Although those protections have since been restored by President Biden, Utah’s leaders are again aiming to undermine those monuments and their protections. As a result, REI will not participate in any OR trade show in the state—nor will we send members of our merchandising or other co-op teams—so long as Utah persists in attacking our public lands and the laws that protect them.”

“For decades, Patagonia has worked in solidarity with Indigenous communities, local activists, outdoor athletes and businesses in Utah,” said Patagonia CEO Ryan Gellert. “We love the state and its spectacular cultural and natural landscapes. We were thrilled when President Biden restored the boundaries of Bears Ears and Grand Staircase Escalante National Monuments this past October, and we will oppose any effort to undermine their protection. Our position on the location of the Outdoor Retailer trade show remains clear and unchanged: The show belongs in a state whose top officials value and seek to protect public lands.”

“We stand with our colleagues in The Conservation Alliance,” said Todd Spaletto, President of Public Lands. “It’s incredibly disappointing that Utah’s elected officials are seeking to tear down the protections for Grand Staircase Escalante and Bears Ears National Monuments. We love the outdoor opportunities Utah has to offer and would consider a move to Salt Lake if we saw a true commitment from the state’s leadership to align with our values and those of the outdoor industry.”

“Almost five years ago, during the 2017 Summer OR Trade Show, the owners of our company took part in the march to the Utah State Capitol. They did this not only because they are hands-on with the running of this family-owned business, but because of the core principles they want to see flourish in our business and in the Outdoor Industry as a whole,” said Tim Koehler, Chief Financial Officer, Backpacker’s Pantry. “While some things have changed in the years since then, including the structure of trade shows, two things have remained the same. Those two constants are that the Outdoor Industry stands for protection of public lands and that the Utah State Government, led by Governor Cox, has not worked to protect such public lands. Due to that, we can not support a trade show that returns to the state of Utah.”

“Protecting our planet and supporting communities are the foundation of our brand and business,” said Gordon Seabury, CEO of Toad&Co. “While we cannot predict the future of trade shows, to attend an Outdoor Retailer show in Utah, a state actively working to erode public lands protections, particularly for Grand Staircase Escalante and Bears Ears National Monuments, which have the overwhelming support of the American public, Tribes, and surrounding communities, would be counter to what we believe as a company and the values of our employees and customers.”

In 2017, the outdoor industry pulled its $45 million trade show out of Utah in objection to efforts by the state’s elected officials to illegally roll back national monument designations for Bears Ears and Grand Staircase Escalante, over the protests of the Bears Ears Inter-Tribal Coalition and more than 3 million Americans who submitted public comments. The subsequent reduction in land protections was the largest loss of federally protected lands in U.S. history. Although those protections have since been restored, Utah’s elected officials, led by Governor Spencer Cox, are once again moving to strip these magnificent lands of federal protection while simultaneously attempting to woo Emerald to move the Outdoor Retailer trade show from Denver to Salt Lake City.

So long as Utah’s elected delegation continues its assault on public lands and the laws designed to protect them, Emerald faces a choice: move the show to Utah and ensure that many of the key players in the outdoor industry will not return to Utah with the trade show, or work with the industry leaders to shape a future trade show that balances the interests and values of industry members and partners.

The following companies are calling on Emerald to support tribes and public lands:

About The Conservation Alliance:
The Conservation Alliance is an organization of 275 like-minded businesses whose collective contributions support grassroots environmental organizations and their efforts to protect wild places where outdoor enthusiasts recreate. Alliance funds have played a key role in protecting rivers, trails, wildlands, and climbing areas throughout North America. Membership in the Alliance is open to all companies who care about protecting our most threatened wild places for habitat and outdoor recreation. Since 1989, we have contributed more than $27,370,000 in grants to conservation organizations whose collective efforts have helped protect 73 million acres of land and 3,580 miles of rivers; stop or remove 37 dams; acquire 21 climbing areas; and designate five marine reserves. For complete information about The Conservation Alliance, visit www.conservationalliance.com.

Third best year on record for RV industry in US