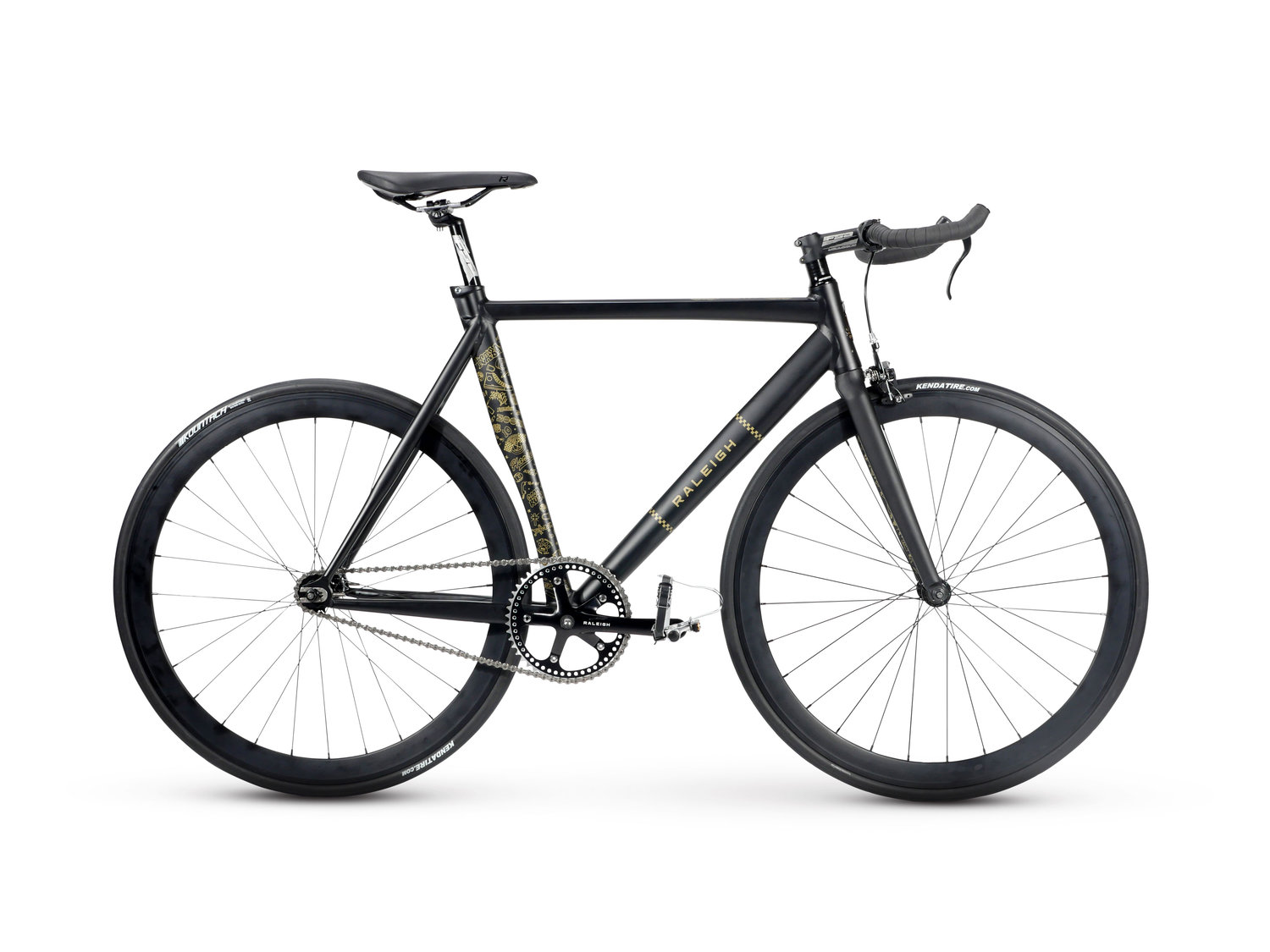 KENT, Wash. (July 18, 2017) – On the Velodrome at the 1984 Summer Olympics in Los Angeles history was made. Racing for the US, Nelson Vails won the silver medal in the sprint to become the first African-American cyclist to win an Olympic medal. And, it all happened on a Raleigh bicycle.

For decades, American cycling’s elite came from, well, the elite. They didn’t develop their Olympic-caliber talent by outsprinting garbage trucks and dodging agrressive taxi drivers. Then along came Vails. Hailing from the hard streets of Harlem, day after day – “The Cheetah,” Vails’ nickname – blasted his way through busy streets and dark alleys at his day job as a bike messenger. Night after night, he chased down the strongest riders he could find in Central Park. It’s this inspiration that helped bring to life a trio of new urban bikes Raleigh launches today in celebration of Vails and Raleigh’s history-making ways.

“Having the opportunity to continue to work with Nelson and bring out his NYC roots with his childhood friend Zephyr was not only the perfect way to create this collection of bikes, but also to expand the collaborative projects we are doing as a brand,” said Steve Westover, VP of Marketing at Raleigh. “Our vision is to continue to create authentic collaborative work with artists and individuals that both fit the Raleigh brand and style of bike collections that resonate with our brand fans and consumers.”

The collaborative fixed-gear bike project with NYC roots also includes the sublime artwork of prolific NYC-based graffiti artist Zephyr – a childhood friend of Vails. A serious bike racer in his own right, Zephyr and Vails’ early years in Harlem and Manhattan come out graphically on the new Teaba, Back Alley, and Rush Hour bikes.

Consider it a graphic tribute to two people who changed the game.

“It was great,” said Vails. “Zephyr and I were on the phone and the ideas just started popping up! Each of the symbols is a story from when we were kids in New York. This collaboration has been unbelievable, and the bikes are a special piece of history meshed with everyday functionality.”

Tapping into their past together with Raleigh steeds as the canvas, Zephyr and Vails have created three urban-focused gems that are as unique as what inspired them.

Teaba is Vails’ boyhood nickname and his namestake bike is a modern take on the straight-up racing whips Vails pedaled to countless victories. Pairing a custom-shaped aluminum frameset with a feather-weight carbon-fiber fork and a parts package picked by Vails himself, the fixed-gear, singlespeed Teaba is a quick, thrilling, and strikingly-stylish machine that can handle anything in its path. The ride also comes with bullhorn pursuit bars, toe clips, and extra brake levers and grips. The artwork on the frame features meaningful, original illustrations by Zephyr including Vails’ signature Converse Chuck Taylor Hi-Tops, an iconic dime (what Vails used to call his messenger service for the location of his next job), the flags of the NYC checkered cab (which Vails grabbed bumpers to catch rides), the notorious TOGA bike shop (where messengers gathered), and Cat’s Paw Hill in Central Park (where Vails and the crew met to ride and skate), among others. MSRP: $1,099.99.

Designed for tackling the side-streets of the urban jungle, the Back Alley is a fixed-gear, singlespeed steel bike made with equal parts artistry and attitude. It features flat bars and puts the rider in a more upright riding position to spot and dodge obstacles ahead. The Back Alley boasts riser handlebars for wheelies and bunny hopping off curbs, BMX-style grips, steel tubular fork, and fixed-free capabilities (to run as a singlespeed or fixed-gear), as well as removable brake hardware/cable guides for a clean look. The bike’s graphics include similar artwork to The Teaba that draw from Vails’ life story. MSRP: $399.99.

Designed for beating traffic and mastering backstreets, the Rush Hour is a fixed-gear singlespeed steel bike with Satori track handlebars for a more aggressive road-riding position. The bike features a steel tubular fork, and fixed-free capabilities (to run as a singlespeed or fixed-gear), as well as removable brake hardware/cable guides. Zephyr’s graphics for the bike draw from Vails’ history as a bike messenger and pro cyclist, which accentuate what it feels like to ride the Rush Hour: pure fun. MSRP: $399.99.

“Hopefully, the images resonate with anyone, no matter how much they know about Nelson,” said Zephyr. “And, if they want to dig deeper and learn the backstories, they can. Like the number 10 is on the bike because Nelson is one of ten children. And Six Degrees of Bacon is an inside joke because Nelson worked with Kevin Bacon in Quicksilver, that movie about bike messengers. This is a homage to Nelson, but if people just like these bikes because the bikes are cool, we’re good with that.”

About Raleigh USA
Raleigh USA is fashion-forward, authentically-urban, family-oriented, and road savvy. We are dedicated to building high-quality, stylish, and functional bikes with a heritage that can be trusted. We develop bikes that reflect the modern and classic lifestyle, be it downtown, out on the gravel path, or out on the open road. Find out more at: raleighusa.com.