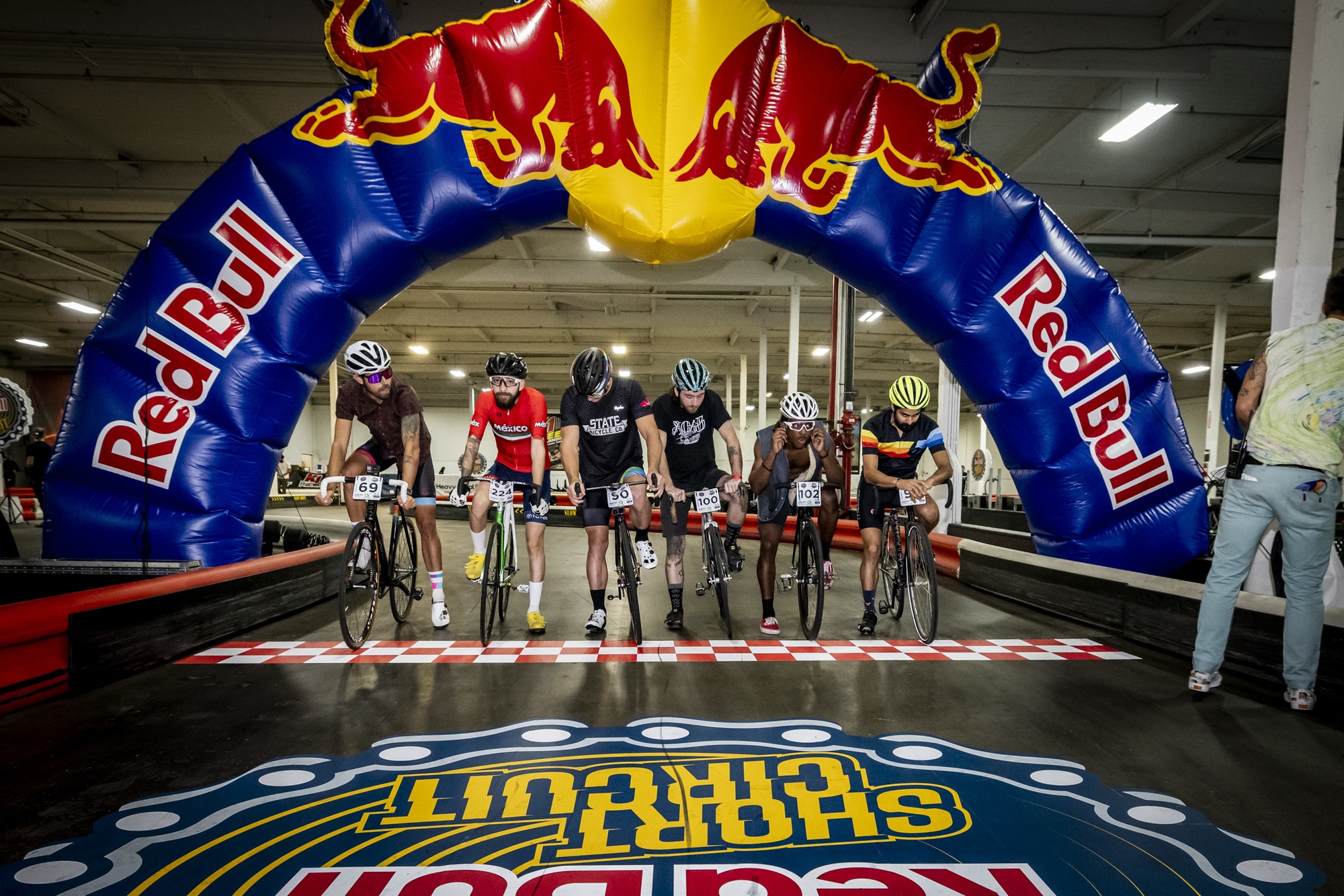 At the end of the weekend, Francesco Martucci of Long Beach, CA, and Danielle Morshead of Aptos, CA, were crowned the overall winners of the weekend, taking home bragging rights as the most-rounded fixed and full-gear urban bike racers in the Bay Area.

“This event was really fun,” says Martucci of Short Circuit. “I think it will really grow because of how fast the action is. It’s a mix of technicality and speed–you have to be good on every inch of the track. I’m really into MotoGP and I feel like this is kind of like a mix of MotoGP and bike racing with the rules and how the course is set up.”

Saturday, at the urban hub of 18th and DeHaro streets, Red Bull Bay Climb returned in a display of grit and determination over 0.32 miles of straight uphill suffer-fest, with an average grade of 15% and a maximum grade of 21%. Welcoming both fixed-gear and “open policy” of human-powered two-wheelers, the men’s and women’s categories both impressed and inspired the crowds of spectators.

“I’ve always been pretty good for a one-minute power output,” says Elworthy, who moved to the States from New Zealand and never left. “I’ve seen Bay Climb online before, so I thought I’d give it a go. And it’s sick.”

The true spirit of Bay Climb wasn’t competition, but rather celebration, as fans lined the hills of San Francisco to cheer on competitors, who matched the crowd’s vivacious energy as select racers battled it out to see who could come up with the most creative way to get up the hill.

At the completion of the weekend’s events, the top three finishers overall for men’s were Martucci, Gabuyo and Jeff Linder, while Morshead was followed by Williamson and Colleen Gulick in the overall standings.

Both events drew the best of the best in the endurance and sprint cycling spaces from across the US and the globe, and were supported by industry experts Mission Crit of San Francisco.

Photos and videos of the events cleared for editorial usage can be found at www.redbullcontentpool.com.

Both events were held in strict accordance with local county health regulations as ordered by San Francisco Department of Public Health:

Through the Red Bull network, hi-res video and still images are captured and made immediately available for editorial use for all media channels including TV, film, print, mobile and digital. The content is centrally located at redbullcontentpool.com/ for interested media.

Red Bull Media House is an award-winning, globally distributed multi-platform media company on a mission to inspire with ‘beyond the ordinary’ stories – both direct-to-consumer and through partnerships. With a focus on sports, culture and lifestyle content, Red Bull Media House offers a wide range of premium media products across TV, mobile, digital, audio, and print. Red Bull Media House produces and licenses a broad selection of global live broadcast events, compelling and inspirational local storytelling with original short and long-form programming as well as feature films from around the world.