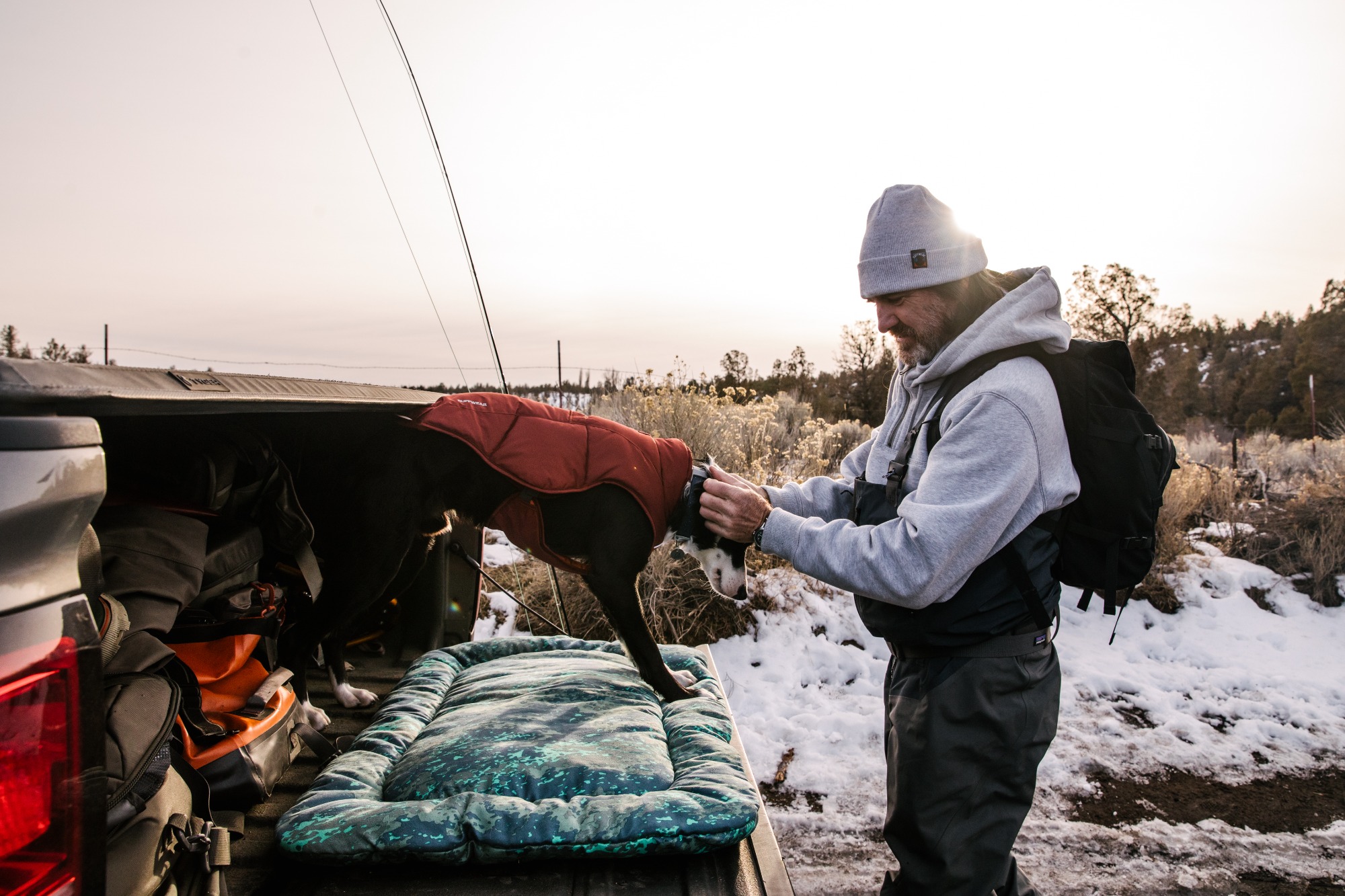 BEND, OR (February 2nd, 2022) /OUTDOOR SPORTSWIRE/ – Ruffwear, the leading manufacturer of performance dog gear built to inspire dog and human connections outdoors, has announced that Will Blount, who has served as President of Ruffwear for 20 years, will step down from his position, and Brandan Hill, former Head of Product Development, will be joining the leadership team as the incoming President of Ruffwear.

Patrick Kruse, Founder and R&D Director at Ruffwear, had this to say of the transition, “From his very first day at Ruffwear, Will possessed wisdom and drive beyond his years. He is a true leader and mentor to me and the entire Ruffwear family. I believe I can speak for our entire company when I say that it was an honor to have been his colleague. As for Brandan, his approach of observation and presence was obvious from his start at Ruffwear. Brandan prioritizes the experience and progress of those around him above his own. I continue to appreciate how Brandan shows up, guides with an invitation, and can curate unique opportunities for, and with, the skilled and talented individuals he is now leading.”

Will Blount was named president of Ruffwear almost 20 years ago and has led the brand to grow in both the national and international marketing of outdoor dog gear. Under his leadership, Ruffwear has increased its capabilities to successfully respond to the fast-changing market as the category developed throughout the past two decades.

“When I started, I was 28, and 7 employees were working at Ruffwear. We all wore a lot of different hats back then,” says Blount. “As the company grew, what we lacked in business experience, we made up for in our passion for doing things differently. Following our path is a primary component of our culture. We pioneered a new market, and by doing so, we empowered and inspired people to spend time outside with their dogs. We bootstrapped our way to success, retaining 100% ownership and resisting the allure of venture capital funding. In doing so, we had the benefit of answering to Ruffwear’s true stakeholders – our employees, customers, and community. I am proud and grateful to have helped create a special company with a strong culture, amazing people, lasting partnerships, and a bright future.”

Brandan Hill’s career spans several prominent positions in product, development, merchandising, and sourcing roles across a variety of top-tier brands including Chaco, Wolverine Worldwide, and Simms Fishing Products before finally landing at Ruffwear in March 2019 as Director of Product Development. As President of Ruffwear, Hill will lead the company in driving strategies for continued growth across Ruffwear’s various channels.

“First, I am lucky to have a seasoned and diverse leadership team as my partners for the way ahead,” says new Ruffwear president Brandan Hill. “Along with the rest of the pack, we will continue our strong heritage of leading the global dog gear category with market-defining products, rich creative content, and deep, meaningful connections with our partners, communities, and customers. “We create gear for pups to support their abled and differently-abled humans on adventuring and exploration,” continues Hill. “Whether that is down the street, to your local green space, or on a multi-day backcountry adventure. It is what we do. And it is what we have done for 25+ years. We get people outside with their pups. And we know that those connections outside help build better people that do good for themselves, for their families, for their communities, and the planet. The way for me is clear.”

To learn more about Ruffwear, its products, and its mission, visit ruffwear.com or visit them on Instagram or Facebook @Ruffwear.

Ruffwear’s mission is to Inspire Dog and Human Connections Outdoors.  Since 1994, Ruffwear Performance Dog Gear™ has combined technology, quality, fit, function, and safety to facilitate its belief that every dog is an explorer. Ruffwear is committed to enhancing the lives of all dogs and their human companions by partnering with The Conservation Alliance, in addition to supporting working dog organizations across the globe.

Based in Bend, Oregon, Ruffwear sells its products through specialty pet and outdoor retailers as well as at www.ruffwear.com.