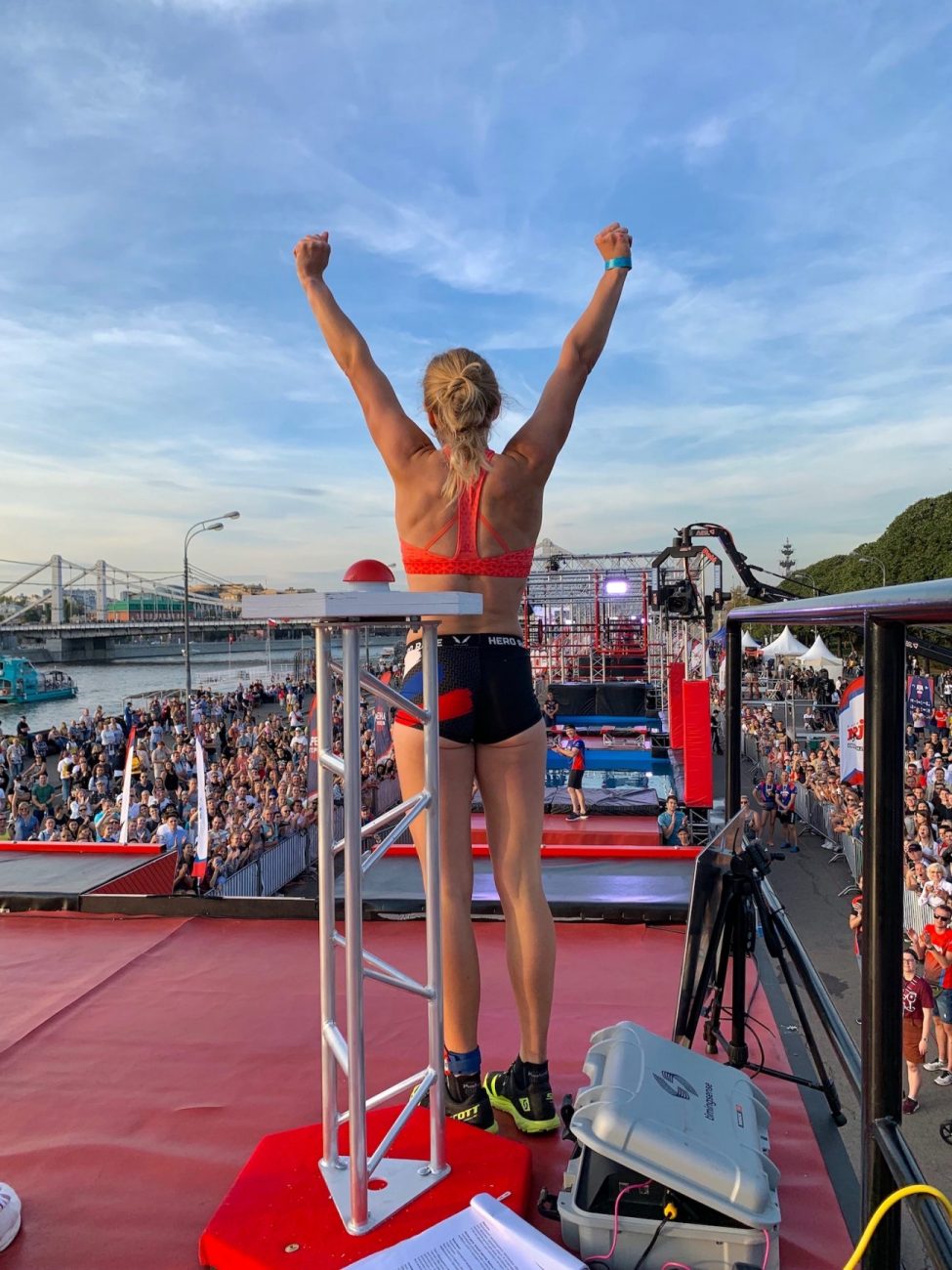 Athletes from 20 countries compete in Russia

MOSCOW, RUSSIA – Monday early morning, athletes from the Americas, Asia, the Pacific, and Europe celebrated their performances after the Ninja OCR World Championships. 2,000 competitors raced head to head over a spectacular and challenging 160 m course, flanked by thousands of spectators following the athletes.

Australian Olivia Vivian put in a commanding performance to win the overall female title (4 minutes 00 seconds – 4:00), leading every race from the qualification rounds to the finals. She also set the women’s world record with a semi-final run of 3:23.

“To be honest I still cannot believe this is real, I feel so incredibly lucky to win against some incredible athletes” said Vivian “It is a huge honour and steppingstone in the history of the sport to be crowned the first ever female World Champion for Ninja OCR and I look forward to defending the title in future races. I want to thank the organisations and volunteers for putting on such a wonderful event, and to the people of Russia for being so kind and supportive.”

Actor and acrobat Anton Fomenko, a coach with the Russian State Circus Company, won the men’s final in a world record time of 1:38. The heart stopping final was a come from behind performance to beat Viktor Skalolaz at the button.

The four-person mixed relay was won by Team Russia (Larina, Potapov, Leonova, Khaidukov) in 2:01 (world record). Team Philippines looked like a contender until they took a fall trying an aggressive jump on obstacle 6, the hanging bags.