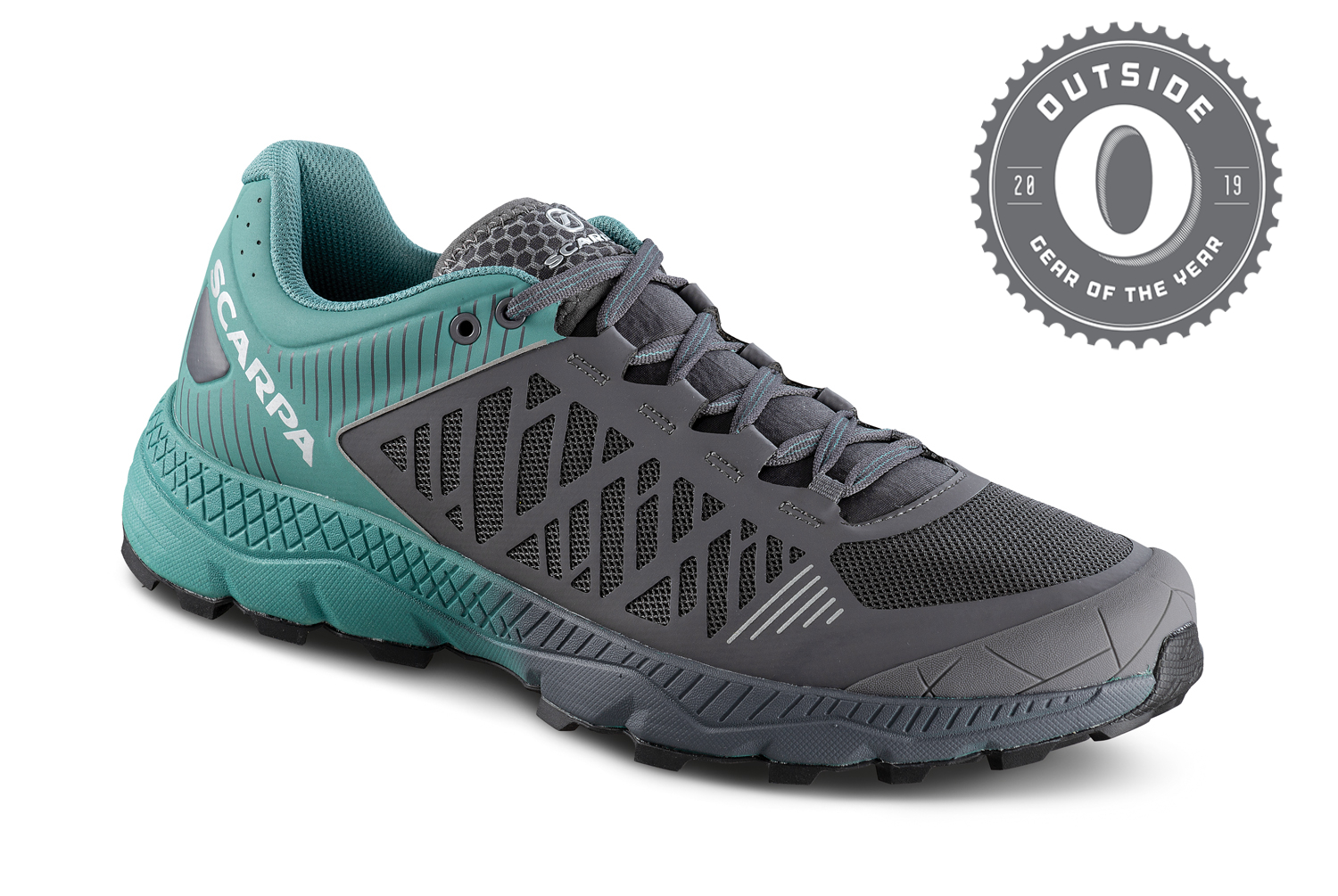 Outside test team praises versatility of SCARPA’s newest trail shoe, calling it “the only trail runner you need.”

BOULDER, Colo. (April 30, 2019) –  Earning its second major trail-running award this year, SCARPA, a leader in building performance footwear for all aspects of mountain sports, today was named winner of Outside Magazine’s 2019 Gear of the Year Award for its new Spin Ultra, a highly cushioned yet ultralight trail-running shoe.

“What stood out about the SCARPA Spin Ultra versus all other trail shoes tested was its tough, tank-like protective outer combined with a quick-footed nimbleness and playful attitude to get you through any terrain,” one of Outside’s shoe reviewers said. “It’s fast when you want it and protective when you need it.”

Outside’s test team called out features like the durable and lightweight Vibram Litebase outsole, which shaves weight through a sole base that is 40 percent thinner than normal, Vibram Megagrip rubber lugs, a highly cushioned 24.5mm stack height with a 6mm drop, and a stretchy SockFit tongue that hugs the foot while keeping it comfortable.

“All that greatness in a competitively lightweight package (9.3 oz men’s, 7.8 oz women’s) makes the Spin Ultra the only trail runner you need,” Outside’s editors wrote.

The award from Outside follows on the heels of receiving a 2019 Editors’ Choice Award from Trail Runner Magazine for the same shoe, the Spin Ultra.

The most cushioned in the Spin family, the Ultra represents a new standard in shoes designed for tackling tough terrain.

The Spin Ultra and the entire Trail Running collection are available now at North American brand retailers and at www.scarpa.com.

About SCARPA and SCARPA North America:

Outside Gear of the Year
SCARPA
Spin Ultra