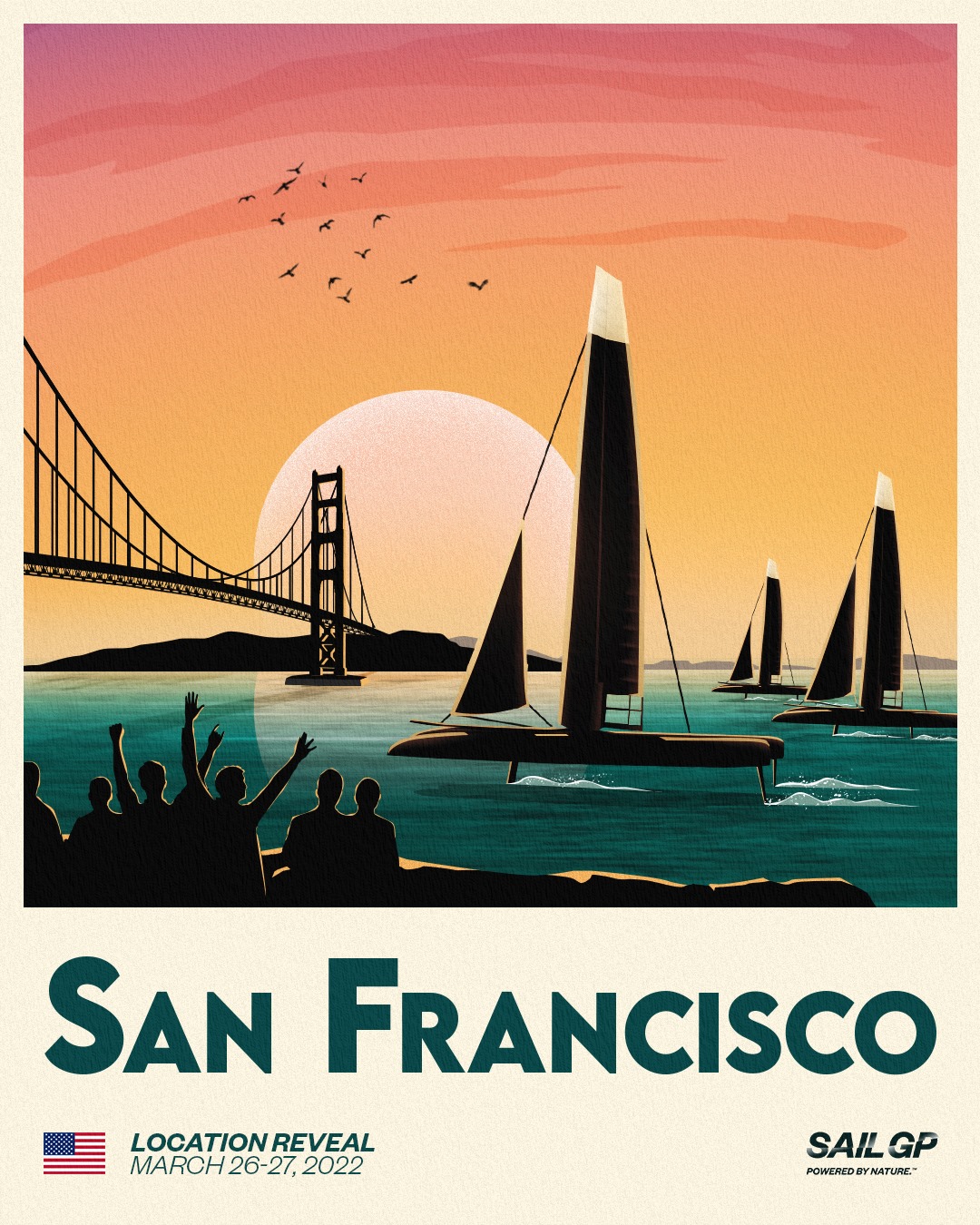 San Francisco, CA – February, 2021– The global sports league SailGP and Silverback team up again to welcome the sports pinnacle league back to San Francisco on March 26-27, 2022.  The supercharged F50 catamarans – named World Sailing’s 2019 Boat of the Year – will compete at speeds exceeding 50 knots (60mph/100kph) in the picturesque San Francisco Bay, which will host the SailGP Season 2 Grand Final, closing out the eight event global championship.

Silverback will again play a pivotal role with the United States Grand Prix | San Francisco event to manage an extensive onshore production of the eight-team, 300,000 sq ft technical team base and the venue buildout for this internationally televised event.  Additionally, Silverback has become the primary liaison for the City and County of San Francisco and SailGP with venue scouting, mapping and permitting across all city onshore and water agencies for the upcoming event.

“2020 was a challenging year of rescheduling, postponements and deep unknowns; the team at Silverback has been there with us every step of the way to support us in securing the venue locations and dates for our second season in 2021/2022,” commented SailGP Global Event Director, Jennie Kim. “We are excited to finally get our rescheduled Season 2 underway in April and work with the team at Silverback on this world-class event and especially the SailGP Grand Final in San Francisco next year.”

SailGP is racing redefined, powered by nature and driven by purpose. Established in 2018 and headquartered in London and New York, SailGP is an annual, global sports championship featuring bold, cutting-edge technology and awe-inspiring athleticism. The fan-centric, inshore racing that is powered by nature takes place in some of the most iconic harbors around the globe and culminates with a $1 million winner-takes-all match race. Rival national teams battle it out in identical supercharged F50 catamarans, engineered for intense racing at electrifying speeds exceeding 50 knots (nearly 60 mph/100 kph). Visit SailGP.com for more information.