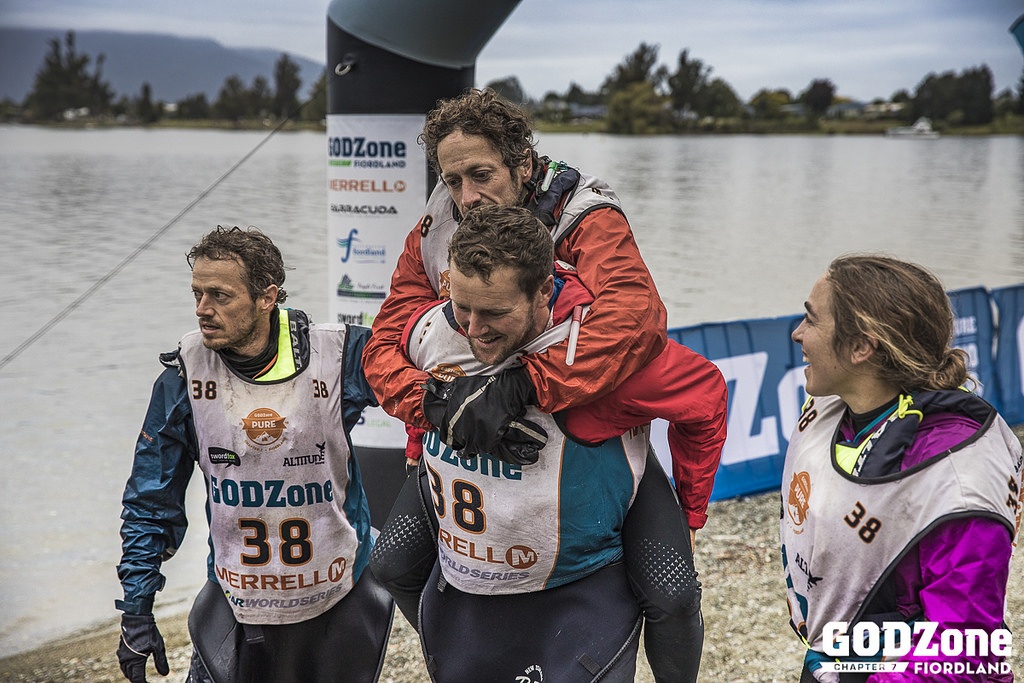 Bend, Oregon — Team Bend Racing, the top-rated US team in international Adventure Racing (AR) and promoter of some of the most challenging multi-sport races in North America, has joined forces with SIMBOL Communications to help with various marketing initiatives. They hope to grow brand awareness for both the racing team and the races they promote as well as the sport itself.

Team Bend Racing’s (TBR) husband-and-wife founders, Jason and Chelsey Magness, brought in SIMBOL to provide services including sponsorship generation/management and media relations for their races – like the world-renowned America’s Toughest Race this May in Oregon, the only U.S. stop in the World Series, destined to be as challenging as the notorious Eco Challenge races and including some never-before seen AR disciplines – along with the team and its individual athletes.

Originally called Team Yoga Slackers, Jason and Chelsey, along with the rest of the team, have been racing and winning all over the world for decades and has been featured in major magazines, films, TV shows and more. That renown culminated in hours of television coverage as one of the most featured teams in last year’s extremely popular World’s Toughest Race: Eco Challenge Fiji (viewed by millions on Amazon Prime) where they finished as the top American team, and they hope to use this new partnership to build on this momentum.

While shining a spotlight on their own remarkable, and wildly diverse, talents and vocations, including the traditional AR disciplines like mountain biking, running/hiking and paddling, along with yoga and even acrobatics and slacklining – much of which they practice as a family with sons Max and Revel in tow – they also hope the increased exposure will help refuel the AR industry as a whole, especially in light of the current boom in outdoor activities.

We’ve gotten so much out of our careers in Adventure Racing and all of its disciplines over the years, but we’ve also enjoyed so many other activities – all while remaining an incredibly close-knit family (possibly even because of that) – and we sincerely want as many others as possible to be able to enjoy that as well,” Chelsey says.

Her husband adds, “Yeah and that’s one of the reasons we want to grow our influence within the AR world but also well beyond. Everything we do can be done by anyone, albeit maybe not at the same level. We want our racing and our events like America’s Toughest Race to influence people to go beyond their ‘normal’, whatever that may be.”

The Magness’s diversity of athletic skills and pursuits at the highest levels, however, is what really sets them apart from other endurance athletes. The two team leaders also enjoy long histories of practicing and teaching somewhat more passive activities like yoga, including couple’s yoga. Add to that another rarity in the endurance world – acrobatics – and it’s a recipe for creativity quite unlike your mom’s yoga! And then there’s the slacklining – basically tightrope walking on a narrow, flat strip of stretchy climbing rope material. They may not be the Flying Wallenda family, but they’re internationally renowned for these activities, perhaps even more so than their AR exploits. And watching them saunter across rock formations and river gorges must help ‘psych out’ even the toughest of their AR competitors.

“We’ve known Chelsey and Jason for a long time, and we’re always in awe of what they’re able to accomplish in AR and its individual disciplines,” says SIMBOL Co-Founder Scott Boulbol, “but it’s who they are outside of that world that really blows us away. They are truly inspiring as athletes, parents and human beings alike, and that inspiration transcends the AR world and even the general outdoor world. We’re thrilled to have this opportunity to spread their stories, and the story of their sport and other pursuits, to as wide an audience as possible.”

Jason and Chelsey Magness built their relationship on a shared passion for adventure. As professional multi-sport athletes, teachers and coaches they help thousands of students every year at live workshops, elite training camps and online at bendracing.com and jandctraining.com. As part of Team Bend Racing they travel the globe competing in some of the toughest races on earth, battling rugged conditions and exploring the edge of human potential. Whether racing across remote icebergs, practicing acroyoga or balancing on a slackline a thousand feet above ground, they’ve learned to train the mind and body to surpass limits and take life to the next level.

SIMBOL Communications formed to help brands tell truthful, authentic stories through exposure in a wide variety of media outlets, developing creative in the outdoor, cycling and fitness industries — as both industry professionals and competitive enthusiasts — the founders of SIMBOL have all the tools to get powerful stories to the right audience.