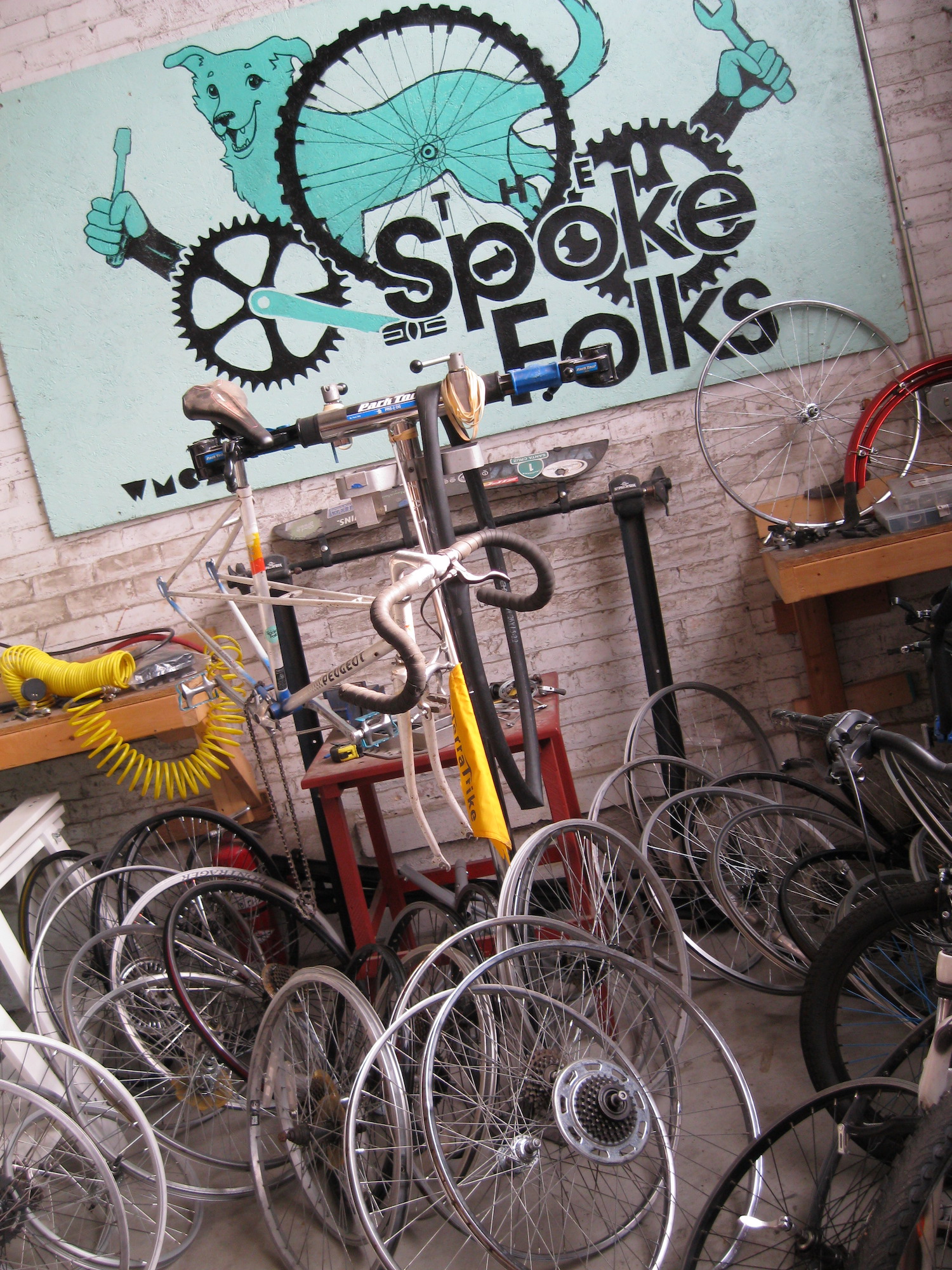 GRAND RAPIDS, Mich. — TerraTrike, a pioneering local recumbent tricycle company, has donated more than $3,000 worth of cycling accessories to The Spoke Folks, a non-profit bike cooperative based in Grand Rapids.

“We love what The Spoke Folks stand for and what they’re doing for the Grand Rapids community – approaching big societal issues all through the humble bike,” said Mike Kessenich, CEO of TerraTrike. “We applaud their efforts and want to support them in any way we can. Hopefully, this is the start of a larger collaboration.”

The Spoke Folks is a registered non-profit that was established in 2012 to increase bicycle ridership in West Michigan and beyond. Martel Posey, the executive director of The Spoke Folks, says it hasn’t been easy, but the rewards are worth it.

“The donation from TerraTrike will help to make a lot of our customers bikes better vehicles of transportation,” Posey said, “and we can only accomplish this with other great organizations who support the work we love doing.”

The donation from TerraTrike consists of wheels, tires, shifters and other accessories that will go toward building bikes for community members at low or no cost.  Last summer, The Spoke Folks helped fix 78 bicycles, provided 90 inner tubes and 86 brake cables to local youth.

“This was an amazing donation,” said Posey. “It helps us to replenish a lot of the parts that we have used during our busy season.”

In addition to providing community members with affordable bikes, The Spoke Folks also have a mobile repair truck they take to local events where they run workshops and give tips on bike tune-ups. They also have an annual membership program so any local bike enthusiast can have access to their shop space with tools and knowledgeable staff on hand to help.

About The Spoke Folks

The Spoke Folks is a nonprofit co-op organization based in Grand Rapids, Michigan, whose mission is to increase and sustain bicycle ridership in the West Michigan area and beyond. It wants to empower people to ride with pride and confidence, breaking down the obstacles that prevent people from cycling. More information at thespokefolks.org.

TerraTrike (WizWheelz, Inc.) is headquartered in Grand Rapids, Michigan and is the largest producer of recumbent trikes in the U.S. The TerraTrike brand has been going strong for over 20 years, maintaining one of the industry’s most extensive sales and support teams, with over 200 dealers in multiple countries. For more information, visit Terratrike.com.