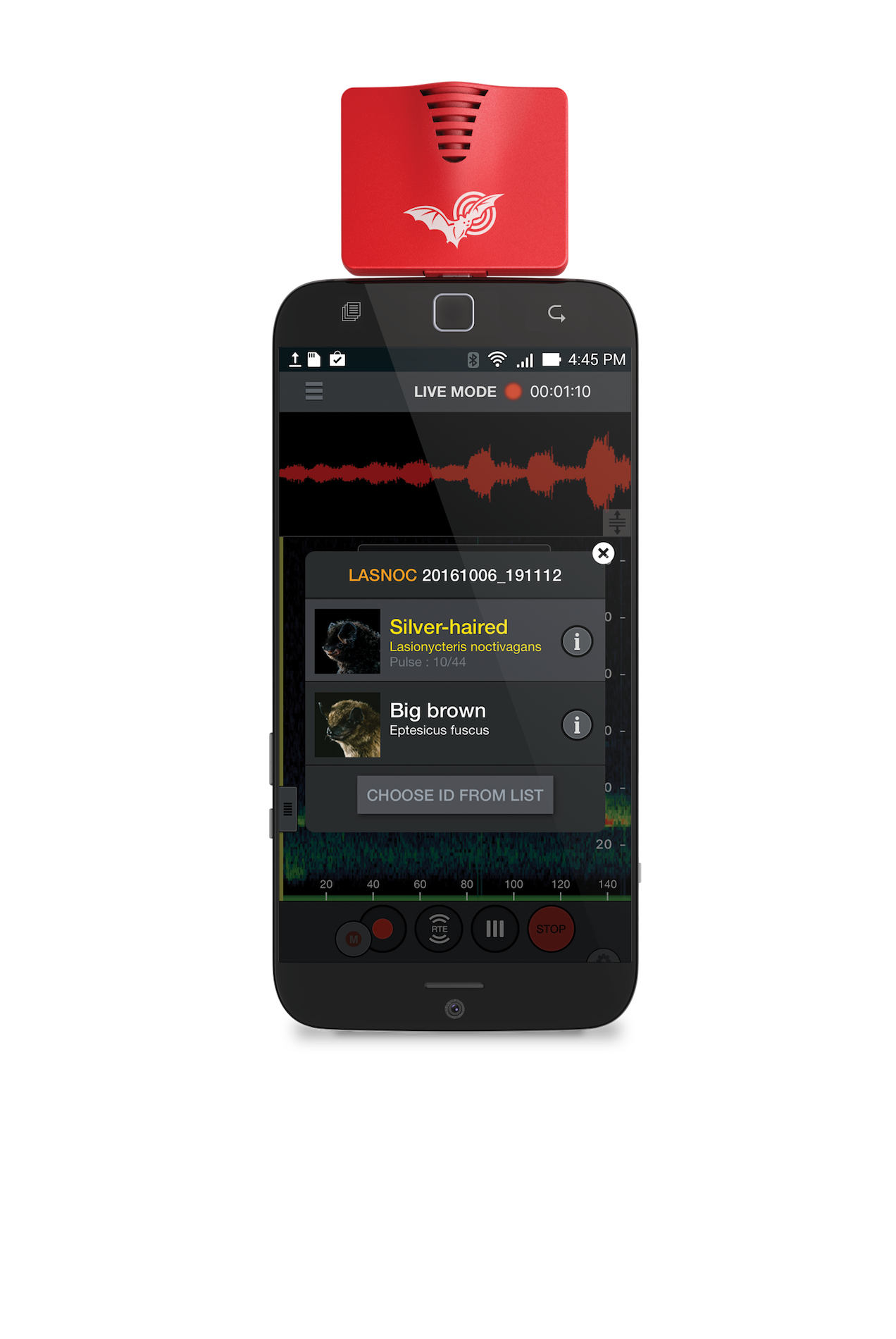 BOSTON, MASS – The only Android based bat detectors on the market have received a major upgrade just in time for National Bat Appreciation Day, April 17, 2018.  Users of the Android Echo Meter Touch 2 (EMT 2) and Echo Meter Touch 2 PRO (EMT 2 PRO) plug-in modules will now have several new functions, while EMT 2 users will also get access to several functions previously only available to EMT 2 PRO users.

Among the new functions available to Android EMT 2 and EMT 2 PRO users via upgrade of its companion app is the ability to save recordings to an external SD card.  Additionally, users will be able to export files via Wi-Fi, filter out extraneous noise while listening for bats, and custom label recordings.

EMT 2 users will also get access to advanced settings, previously only available to EMT 2 PRO users including audio division ratio settings to customize audio playback, the ability to save non-bat noise files, and turn Nightly Session Mode and Auto-ID on or off.

“The EMT 2 has made the world of bats accessible to virtually anyone,” said Sherwood Snyder, director of product management at Wildlife Acoustics.  “We are constantly looking for ways to improve our apps and these updates give users ever more powerful tools to explore their interactions with bats.”

Along with the new version of the app, the company released a firmware update of for the EMT 2 PRO improving its compatibility with some Android devices.

The EMT 2 modules connect to Android devices via its USB connector.  The module’s acoustical horn captures the bat’s ultrasonic calls and efficiently directs them to a highly sensitive microphone.  The calls are then digitized and played back in real-time in audible sounds through the smartphone’s speakers with a full-color spectrogram on-screen. The app then automatically reveals the most likely species recorded. Each recording is tagged with the species and geolocation and can be shared with other bat enthusiasts or transferred to a computer for additional analysis.

EMT 2 ($179) is designed for budget-minded nature enthusiasts and batting hobbyists.  The EMT 2 PRO ($349) is designed for bat professionals has a better microphone and advanced features including adjustable microphone gain and a selectable sample rate to record bats with very high frequency calls.  Modules are available at www.echometertouch.com.

National Bat Appreciation Day occurs annually on April 17th.  Bats play a crucial role in our ecosystems by controlling insect populations and pollinating flowers.  A 2011 study estimated that bats have an economic impact of about $23 billion a year in reduced crop damage and pesticide use in the United States.