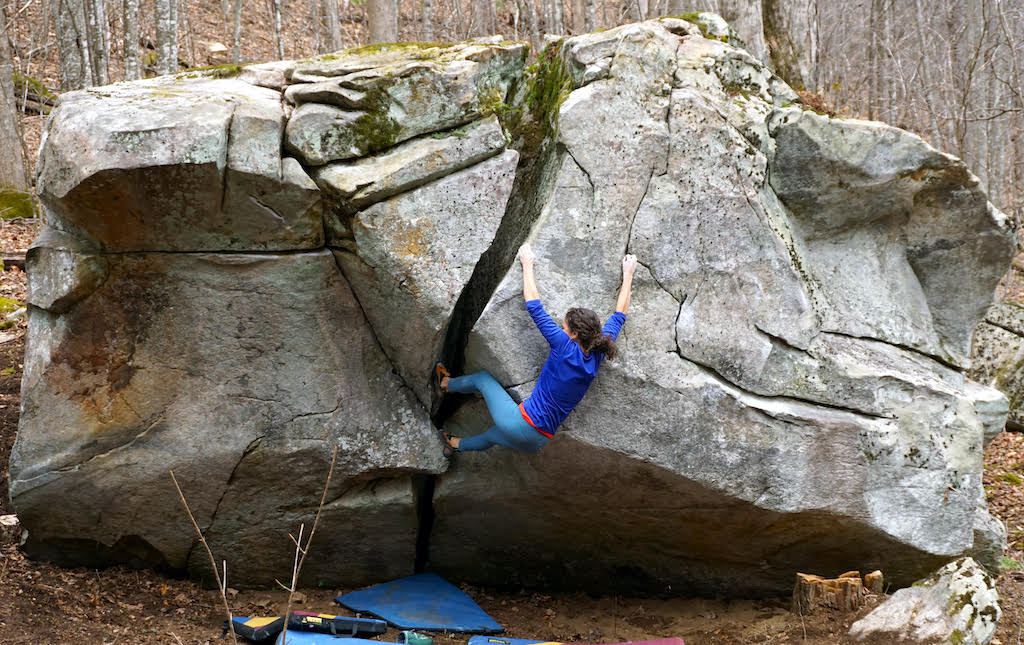 “Trango has been an amazing partner with the CCC for many years,” said Mike Reardon, Executive Director of the Carolina Climber’s Coalition. “This year, Trango supported our C4 Team and our access efforts with over $12,000 in donations. These funds went directly to open access to the Stony Mountain Vineyard Boulders, the Weaver Knob Boulders, and to further our stewardship work across the region.”

“We’re excited to support the Carolina Climber’s Coalition and their mission to protect, preserve and expand climbing areas in the Carolinas, Tennessee and Virginia,” said Everett Russell, Marketing Manager at Trango. “It’s truly inspiring to see how much the CCC has accomplished year over year and as a company, we remain deeply committed to promoting active participation in expanding and maintaining these treasured climbing

“Without support from companies like Trango, we would not be able to maintain existing access at our climbing spaces or expand permissible climbing access to new areas. We’re eternally grateful for Trango’s support,” added Reardon.
About Trango

Trango has been designing climbing gear in the Front Range since 1991 and remains passionate about creating innovative, solution-oriented products that help climbers achieve the next level in the sport. Beyond award-winning climbing equipment, Trango is also the U.S. distributor for Spanish rock-climbing shoe company Tenaya while also owning eGrips, a rock-climbing hold company that produces climbing grips in Colorado.

The Carolina Climber’s Coalition was established January 16, 1995, with the purposes of preserving the natural environment, promoting safe climbing practices, and preserving climber’s access to climbing areas in North and South Carolina. Since 1995, the Carolina Climbers Coalition has grown and expanded. Today the CCC is a 501(c)(3) nonprofit corporation that still holds onto the motto “preserving protecting and expanding your climbing opportunities.”

Patagonia Will Donate $100 Million a Year to Fight Climate Change. What Can that Money Accomplish?