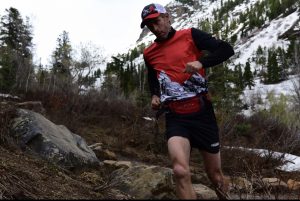 UltrAspire is a hydration & lighting brand dedicated to working with athletes to create new and innovative gear. UltrAspire CEO, Bryce Thatcher, has been in the industry designing and introducing new concepts since before 1985 when he launched Ultimate Direction. After selling his first company, he then worked with Nathan Sports during a critical growth stage helping to develop their presence as a leader in hydration products. In 2012, Bryce introduced UltrAspire bringing with it 30+ years of design and industry driving knowledge motivated to do one thing, create products for endurance athletes that are truly needed to break boundaries. “It isn’t my goal to be all things to all people, I want to create products for those who know when something feels right and good” -Bryce Thatcher.

It was important for the team at UltrAspire to drive home the defining point of the brand, “Inspired by Athletes,” and what that actually means to those involved in the sport. “Nothing comes to market that isn’t thoroughly examined, these products undergo an intense series of testing and revisions done by those will be using them to their fullest potential, the athletes.” Bryce said.

“At the office people will take lunch runs, or go for a mountain bike ride in the afternoon and we want that type of work culture and passion to be expressed through the types of content we choose to release” Director of Marketing Joe Petty said. The focus is on authenticity and connecting with those directly in contact with our product at the personal level. With that goal in mind, UltrAspire released a blog and filled it with educational content, the Inspired by Athletes podcast, and more video production than ever before.

In total, UltrAspire saw over 42% growth in 2019 and is excited to take that momentum into 2020. “When you do things that stem from a real passion, the right people identify and want to support something that is pure and honest” Joe said. Headed by VP of Sales Kevin Robison, the UltrAspire team has ambitious goals for the years to come.

View all Releases by
Ultraspire