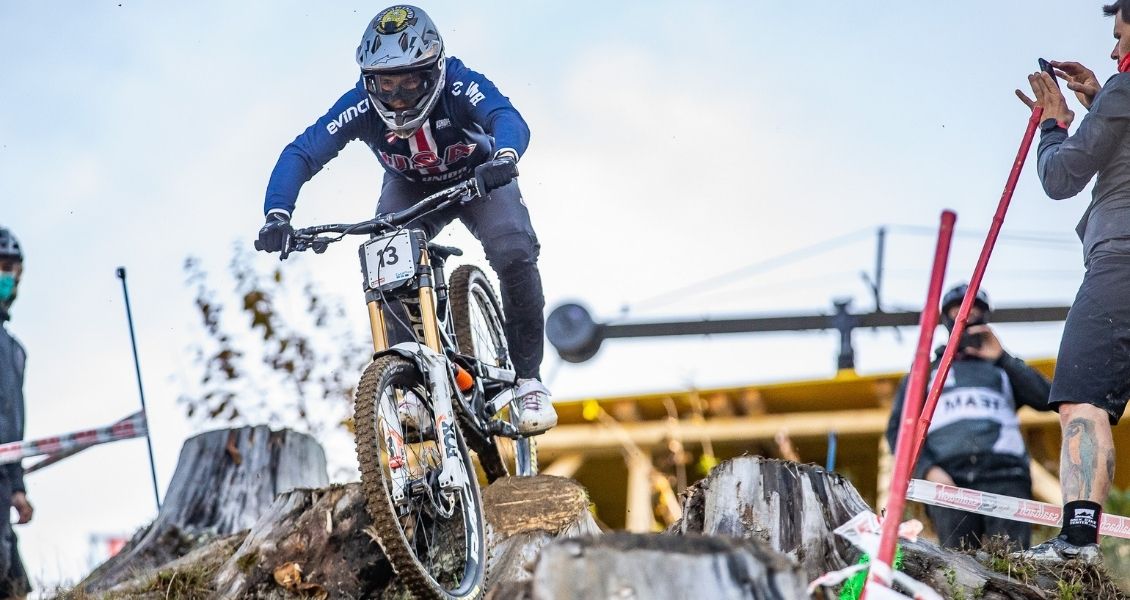 30 Cross-Country, 17 Downhill, and 7 E-MTB racers will head to Val di Sole, Italy to compete in the World Championships

An all-star squad for the cross-country event will highlight riders who have had international success at last year’s Mountain Bike World Championships in Leogang, Austria. The team will showcase recent Olympians Haley Batten (Park City, Utah; Trinity Racing), Kate Courtney (Kentfield, Calif.; SCOTT-SRAM Factory Racing), and Erin Huck (Estes Park, Colo.; SCOTT-Stages) for the Elite Women. Batten took fourth in the U23 Women’s race last year and will compete in her first Elite Women’s World Championship. Fellow Olympian Christopher Blevins (Durango, Colo.; Trinity Racing) will also be moving up to the Elites, but on the Men’s side, after taking home a silver at the 2020 Mountain Bike World Championships in the U23 category. Joining the Olympians is Riley Amos (Durango, Colo.; Bear National Team), who rode to fourth in Leogang in the Junior Men’s Cross-Country race. Amos came out of the junior ranks flying and working his way up in positions at every U23 World Cup this year. He went back to Leogang for World Cup #3 and was the first male to ever win a World Cup in USA Cycling history.

Dakotah Norton (Oliver Springs, Tenn.; The YT Mob) has proven to be the fastest rider in the U.S. this year with a Top-10 at the Leogang World Cup and winning the National Championships. Junior Christopher Grice (Brevard, N.C.; Specialized Factory Racing) is looking for a podium finish this year in his last year as a junior. Grice is the next generation of DH racing keeping his times competitive with the elites. Kailey Skelton (Rancho Santa Margarita, Calif.; KHS Factory Racing/Monster Energy) will get a taste of international racing after having a blazing fast run at National Championships. Ella Erickson (Hayden, Idaho; Commencal USA) will headline the Junior Women’s field with several World Cup podiums on her resume. The Downhill squad is heading over to Europe to race the Maribor World Cup in preparations for the World Championships.

Jim Miller, USA Cycling’s Chief of Sport Performance, is eager to see the World’s best compete, especially after the Olympic Games and the Mountain Bike National Championships. Miller said, “We are excited about both the Cross-Country and Downhill teams selected. America has a resurgence of talent racing on the dirt and we’re optimistic in what they can accomplish in Val di Sole.”

The Team USA roster is as follows:

Selection criteria are available for Cross-Country here and Downhill here.

Visit USACycling.org for more information on the athletes, events and membership programs, and follow @USACycling across all channels for the latest on Team USA.