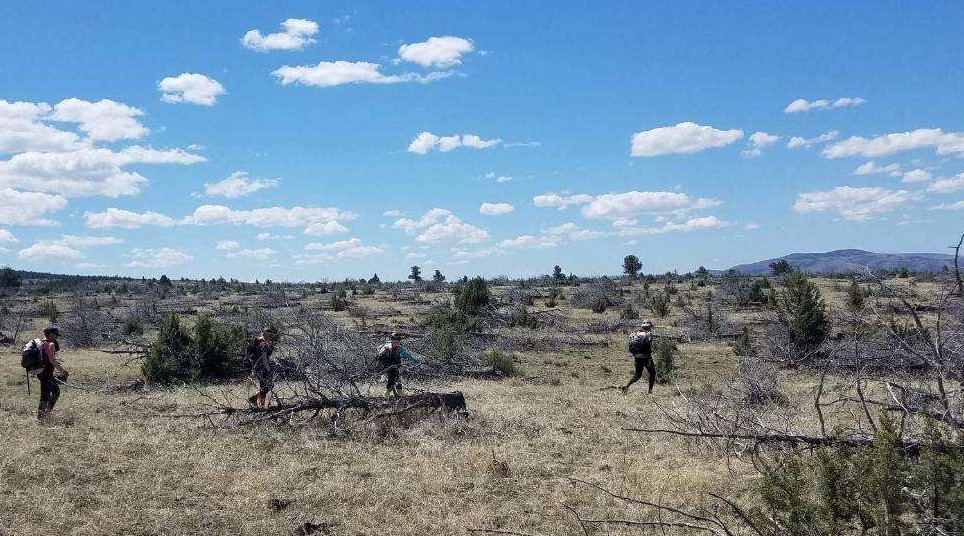 Bend, Oregon (May 20, 2021) — Chelsey Magness is well acquainted with Adventure Racing podiums as a founding member of Team Bend Racing, the top-rated US team in international competition. But her latest podium may be her proudest moment: Her woman-dominated (3-1) Team Journey/Bend Racing (TJBR) placed 2nd overall at last week’s Expedition Oregon: America’s Toughest Race (ATR) – the first such team to ever make the podium in an AR World Series race.

International AR rules require teams be coed, and the vast majority of competitive teams are comprised of three men and one woman. There have been previous attempts by woman-dominated teams, but TJBR – actually a blend of two teams, Journey Racing and Bend Racing, featuring Magness, Katie Ferrington, Rea Kolbl and Joseph Bellier – is the first to finish in the top three overall. They finished ATR in over 92 hours of nonstop racing, besting the 3rd-place team by a relatively tight 2-hours. The only team that managed to stay ahead of them was La Jolla IVF/Vidaraid, a former #1 team in world rankings, and currently #2, who were the heavy favorites going in.

Magness was thrilled with the team’s final result, having set the unprecedented podium finish as a major goal. “I am beyond stoked about our accomplishment. We all stated our goal beforehand and executed it the best way we knew how,” she says. “We all had never really raced together before, but we had the drive to push and to do everything in our power to realize our shared goal of making it on the podium!”

And she was equally enthusiastic about getting the chance to influence and motivate women and girls everywhere. “Leading up to and during the race we were always saying to each other how excited we were to be inspiring our kids, and girls and women everywhere. Showing them they can accomplish whatever they dream of, with no barriers based on who they are, is a very powerful message,” she adds.

As excited as race organizers are with the final results, they’re equally happy with the overall success of the event and the quality of the course. Race Director (and Chelsey’s husband) Jason Magness, a world-class adventure racer as well, says, “We set out to design a course similar to races that had most inspired us over the years a – races that would have the top teams asking themselves ‘can we even finish this?’ We tried to bring back more of a true expedition feel, where the terrain, elements and distance are a major challenge for every team – not just for the sake of making it hard, but to really test the athletes’ endurance, skills and mental toughness to their very limits.”

Ferrington, who usually races for Team Journey, thinks Jason nailed that goal. “I may be biased, but I really think that was Bend Racing’s best race ever, and Jason has put on quite a few,” she says. “It was extremely tough, but it flowed really well, the leg lengths were spot on, and each checkpoint was so perfectly placed in a gorgeous spot – these little ‘oases’ are more important than people may think.”

Following the success of last year’s hugely popular Amazon TV series Eco Challenge Fiji, Hosted by Bear Grylls, viewers will get another chance to watch World Series Adventure Racing, as TJBR’s historic achievement will be the subject of an upcoming documentary filmed at last week’s race. Director/Producer Emily Hopcian, an award-winning multimedia storyteller, will be shooting “Mandatory Gear” during the race, and is hoping to place the women’s empowerment and adventure-themed film into renowned film festivals such as Banff Centre Mountain Film Festival, Women Sports Film Festival and more. The film should be done in late 2021 and they hope to release it soon after or early in 2022.

For more information on the race or team please contact SIMBOL Communications: scott@simbolpr.com

Jason and Chelsey Magness built their relationship on a shared passion for adventure. As professional multi-sport athletes, teachers and coaches they help thousands of students every year at live workshops, elite training camps and online at bendracing.com and jandctraining.com. As part of Team Bend Racing, they travel the globe competing in some of the toughest races on earth, battling rugged conditions and exploring the edge of human potential. Whether racing across remote icebergs, practicing acroyoga or balancing on a slackline a thousand feet above ground, they’ve learned to train the mind and body to surpass limits and take life to the next level.

Kampgrounds of America Named a Most Profitable Franchise of 2022