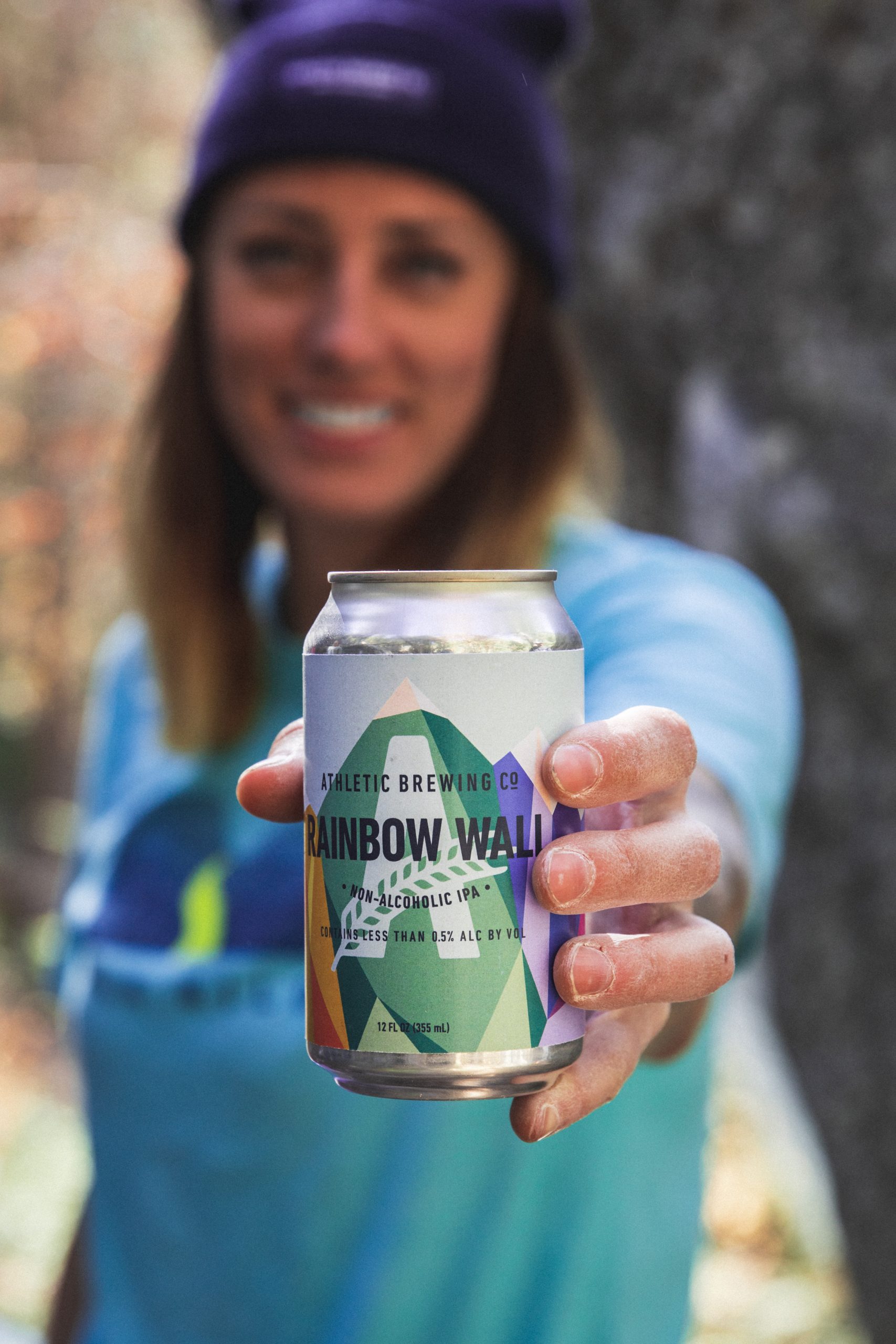 STRATFORD, CT AND SAN DIEGO, CA — From the walls of the world’s top climbing competitions and the world’s greatest routes to fostering a supportive environment for LGBTQI+ athletes, Alex Johnson is a champion. Athletic Brewing Company, the leading brewer of craft beers that just happen to be nonalcoholic, is proud to announce that they are collaborating with Johnson on the release of a new beer, Rainbow Wall, to launch for ‘Pride Month’ in June. Athletic will donate all net profits from Rainbow Wall to Athlete Ally, a non-profit whose mission is to foster equal access, opportunity, and experience in sports for everyone, regardless of their sexual orientation, gender identity, or gender expression.

“At least eighty percent of LGBTQI+ athletes are not comfortable coming out to their coaches. Growing up in the Midwest, I was one of those athletes,” said Johnson. “Athlete Ally is such a great organization, and I am excited to present this beer to the queer community to say that we see you and we support you.”

“Right now there are a record-breaking number of anti-LGBTQI+ bills, many targeting access to health care, and even banning LGBTQI+ Individuals from participating in sports,” said Alex Showerman, a queer trans woman and Athletic Brewing’s Director of JEDI and Non-Profit Partnerships. “This beer not only celebrates out and proud athletes, like Alex, but the proceeds will go to support Athlete Ally’s advocacy efforts and training work to create safe spaces for LGTBQI+ folx within sports.”

Athlete Ally is a national nonprofit LGBTQI+ advocacy group. They focus on making athletic communities more inclusive and less discriminatory and helping athletes to advocate for LGBTQI+ equality. Johnson, who came out in 2018, serves as a mentor for younger LGBTQI+ athletes.

“Coaches play a powerful role in shaping inclusive environments for LGBTQI+ athletes,” said Hudson Taylor, Founder and Executive Director of Athlete Ally. “As an Athlete Ally Ambassador and coach, Alex Johnson has made a profound difference in the lives of the LGBTQI+ athletes who learn from her and look up to her. We’re grateful to be working alongside her and Athletic Brewing to build a sport culture that’s truly safe, welcoming, and inclusive for all.”

Athletic Brewing projects a $20,000 donation to Athlete Ally from the collaboration. Inspired by Johnson’s coaching and mentorship, the funds will be used to create a coach’s symposium this fall that will train coaches on how to create safe spaces for youth, high school, and college athletes to feel safe coming out in.

The Blood Orange IPA, Rainbow Wall, is named after a well-known mountain face called the Rainbow Wall at Red Rocks in Nevada. It is one of the most challenging climbs of the area and also happens to be Johnson’s favorite, making it a perfect fit for this collaboration. Rainbow Wall was inspired by an incredible athlete to celebrate all the colors of the LGBTQI+ community. Johnson was involved in all aspects of creation from recipe collaboration to the label design.

Johnson prefers refreshing, citrusy beers that are easy to drink after a hard workout. Together with Athletic’s Co-Founder and Head Brewer, John Walker, they created a slightly hazy IPA with a clean malt bill that allows the soft, tropical fruit notes from the Strata hops to shine. There is a higher than usual carbonation and a zesty finish from the fresh Blood Orange puree that makes Rainbow Wall bright, light, and refreshing at just 70 calories. The beer is absolutely perfect to take on a hike or climb. Rainbow Wall is available via AthleticBrewing.com beginning on June 1st.

“Athletic beers are the beers that my partner, Bree, and I take out bouldering on weekends. It is a great extra carb intake, it allows us to climb safely, and it is a perfect social offering on the trail,” said Johnson. “We saw Athletic’s Soul Sour beer during Black History month, and we approached Athletic about doing something during Pride Month. We want to support our community and it is totally rad that Athletic was willing to help us.”

“We believe that sharing a beer is the connector that allows us to build inclusive communities,” said Athletic Founder Bill Shufelt. “This belief is core to our mission at Athletic Brewing. In addition to donating all the profits from Rainbow Wall to Athlete Ally, our work continues well beyond this partnership. We are proud to donate one percent of our sales to non-profit organizations that are breaking barriers in sports and craft beer.”

Athletic anticipates they will donate $500,000 to these causes this year alone.

International Beer Challenge 2020 “Brewer of the Year North America”, Athletic Brewing Company is reimagining beer for the modern, active adult. Their great-tasting athletic craft brews let you enjoy the refreshing taste of craft beer, without the alcohol or the hangover. You can enjoy them anytime, anywhere, and still be healthy, active, and at your best; it’s the very reason they started brewing them in the first place. With custom breweries on the East and West coasts, their lineup has earned accolades throughout the industry, even against full-strength beers, including the 2020 World Beer Award Gold medal for Run Wild. To top it all off, as part of the Athletic Brewing “Two for the Trails” initiative, 2% of all sales are donated to causes and organizations that support healthy, outdoor, active living.

Whether you’ve decided to cut alcohol out of your life for good, for a night, or for just one drink, Athletic Brewing Company provides an option without compromises that you’re guaranteed to enjoy.

Johnson, whose achievements include two World Cup Gold medals, five US National titles, and US National Team membership from 2001 – 2001 and 2019-2020, began climbing competitively at age 13. Johnson’s outdoor climbing resume is equally unmatched as she was the first person ever to climb Critically Acclaimed, The Swoop, Saturn Returns, Sowbelly, and Lucky Charms in Red Rocks, Nevada, as well as Middle Path in Khon Kaen, Thailand. After 10-years she also completed her long-time outdoor nemesis, the legendary V13/14 climb The Swarm in Bishop, CA.

Athlete Ally believes sport will change the world when it welcomes and empowers all people. As a leading national nonprofit working at the intersection of sport and LGBTQI+ equality, Athlete Ally works to end the structural and systemic oppression that isolates, excludes, and endangers LGBTQI+ people in sport. We educate individuals and institutions to understand obstacles to inclusion for LGBTQI+ people and how they can build an inclusive culture within their athletic communities. We work to ensure sport governing bodies, teams and leagues adopt policies that reflect the diversity of their constituents. We incubate athlete activism to advance LGBTQI+ equality in and through sport. For more information, visit https://www.athleteally.org/ or follow us on Facebook, Twitter or Instagram. 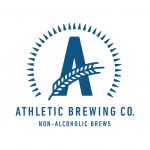 View all Releases by Bianca Chaer