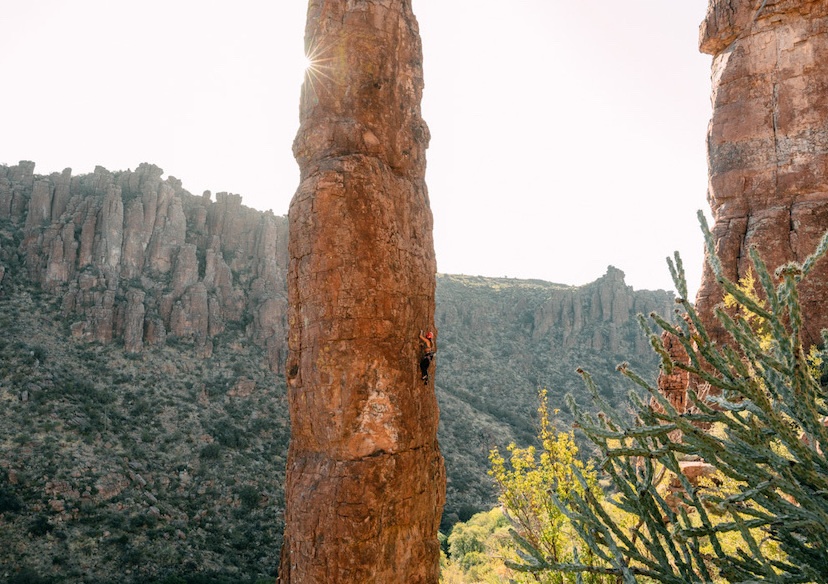 Boulder, Colorado – January 25, 2021 – In the final days before leaving office, the Trump Administration initiated the transfer of 2,422 acres of Oak Flat in Arizona, an Apache ancestral territory and world-class rock climbing destination, to foreign-owned Resolution Copper (RC). Access Fund has filed a lawsuit in Arizona federal district court, seeking to prevent the destruction of the sacred site and the largest-ever loss of climbing on America’s public lands.

Access Fund is joined in this lawsuit by the Inter Tribal Association of Arizona, Arizona Mining Reform Coalition, Center for Biological Diversity, Earthworks, and the Grand Canyon Chapter of the Sierra Club.

If the proposed mine is allowed to move forward, it will, by RC’s own estimate, result in a surface crater approximately two miles wide and 1,000 feet deep — consuming Oak Flat and all of the sacred sites and recreational resources within it, including hundreds of climbing routes and thousands of boulder problems.

“Oak Flat is a sacred place to our friends in the Native American community, and climbers have enjoyed this beautiful landscape for generations,” said Chris Winter, executive director of Access Fund. “We could lose it all if Oak Flat is traded away to a foreign mining company. For everyone who cares about this special place, we have to stand up to keep public land in public hands.”

“Yet they are poised to do just that at Oak Flat!” Winter added.

Access Fund has been fighting for more than 15 years, alongside tribes and environmental groups, to prevent RC from obtaining ownership of this parcel of U.S. Forest Service (USFS) land to access a large copper ore deposit. Congress approved the land transfer in 2014 in a secretive deal between powerful members of Congress—which was devoid of any public input, comment, or scrutiny—getting the unrelated land transfer bill attached to the “must-pass” National Defense Authorization Act that funds the military. However, before the land could be transferred to the mining company, the USFS was legally required to complete an Environmental Impact Statement (EIS) on the mining operation, as the National Environmental Policy Act (NEPA) mandates.

Access Fund, local tribes, and many environmental groups participated in the USFS’s EIS process and voiced strong opposition to the Draft EIS, which did not adequately analyze the potential impacts to air, water, cultural resources, neighboring communities, and the local recreation economy.

The USFS fast-tracked the EIS process, releasing the final EIS and Draft Record of Decision last Friday, January 15, a year earlier than planned. It fails to inventory irreplaceable cultural resources and lacks the necessary record of decision to certify its completion and accordance with law. Yet the Trump Administration nonetheless rushed through this environmental review in the waning days of the administration.

Access Fund and its co-plaintiffs are asking that the court set aside the final EIS because it is inadequate. If successful, this lawsuit would prevent the land transfer until the new administration conducts an adequate and careful environmental review.