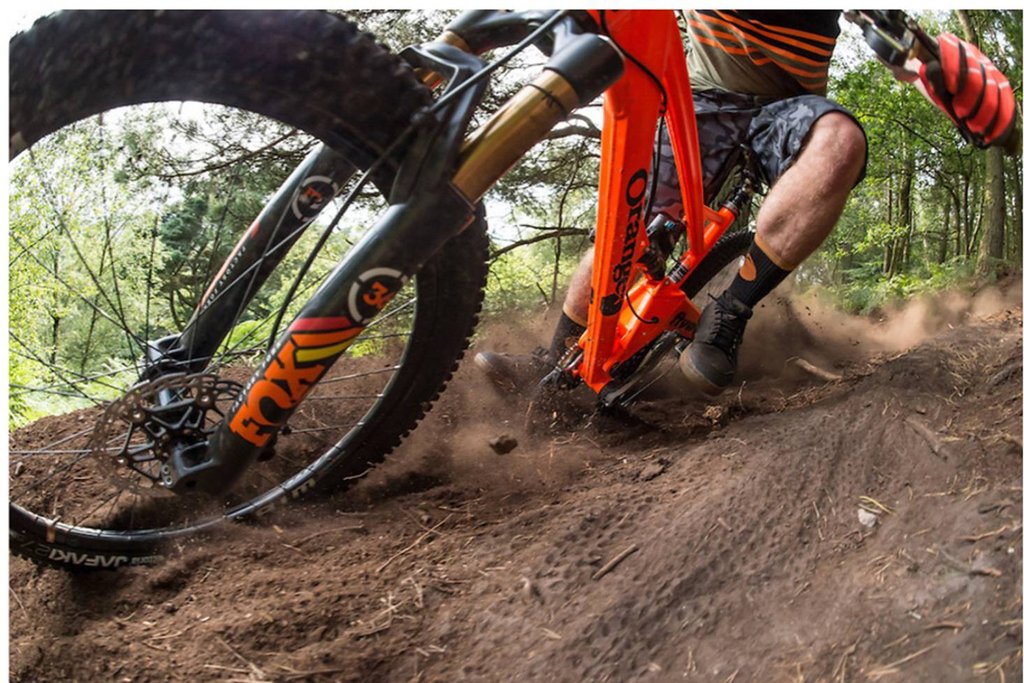 Aventuron, a distributor in the bicycle and outdoor industries, is pleased to announce that Orange Bikes has formally returned to the U.S. and Canadian markets by being available exclusively through the company. With a rich history in producing hand-built frames in small batches, each Orange Bike is skillfully crafted to perform perfectly for the conditions it is designed for. Founded in 1988, Orange is headquartered in Halifax, United Kingdom and produces a wide range of mountain bikes, ranging from the full-suspension downhill 324 to the steel hardtail P7. Orange’s original hardtail, the Clockwork, was named after the film by a similar name. Orange-sponsored riders have held the downhill world cup championship, as well as the women’s under-21 downhill world championship.

Orange Bike’s new owner, Ashley Ball, who is the nephew of founding partner Steve Wade, decided to accelerate the development of the brand outside the UK when he took control of the company in late 2015, with the United States and Canada as priority targets. The creation of a North American distribution structure required a company adhering to the values of the brand with a strong knowledge of the environment.

“We’ve been looking for someone to work within North America for a while now. We needed an organization who understands what Orange is all about and who understands the brand’s philosophy and values. Someone who has experience in working with niche brands, like ourselves, and has an understanding of how to introduce brands into the US market. It would be all too easy to head to a big distribution company and just be another bike brand added to their existing portfolio. We’d get lost and wouldn’t survive. Orange needed someone who can tell the story, the history and the heritage to dealers and consumers and more importantly, get people to actually test the product. That’s why we’ve chosen to partner with Aventuron and benefit from their knowledge of introducing smaller, nicher brands into the US,” remarked Jay Tolan, General Manager of Orange Bikes.

Orange Bikes currently offers 26 different bike models to suit any riding type and style. The company manufactures bikes that fit into the all-mountain, full-suspension trail, hardtail, downhill and cross/urban bike segments of the industry with a range of models in each type.

“Our industry experience with niche brands sets a very high standard in which we seek out the best of the best. Orange Bikes has been a leader in the industry for years and a huge presence in Europe. We are absolutely thrilled to have them on as a partner and are excited to introduce them to our dealer network here in the United States and Canada,” stated Carl H. Martens, President and Owner of Aventuron.

The full line of Orange Bikes will be available for purchase through a dealer network comprised of independently owned and operated bicycle retail shops (IBDs) and via the Aventuron website which will operate in tandem with dealers that make commitment to the brand.

Based in Halifax, West Yorkshire Orange Bikes produce a full range of bikes from urban commuter cycles through to high end competition downhill mountain bikes. Quality and reliability are always at the forefront of each concept. Orange continues to be at the heart of the UK grassroots scene.

In October 2015 ownership of the company was taken over by Ashley Ball who is managing director of P.Bairstow Limited, Precision Sheet Metal Work specialists in Elland, West Yorkshire. He now also steps into the role of managing director of Orange Mountain Bikes Limited. www.orangebikes.co.uk

View all Releases by Carl