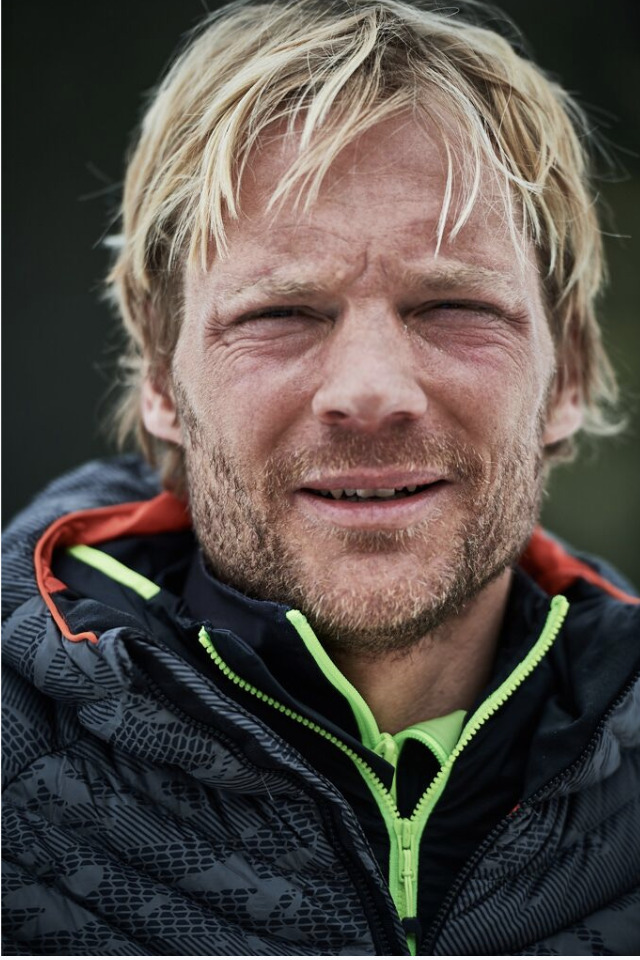 A Transalp second to none: Speed Alpinist and DYNAFIT General Manager Benedikt “Beni” Böhm pushes the limits of time with his project “Speed Transalp – Non-stop.” On March 09-10, 2019, Böhm crossed the Alps on touring skis from north to south in one push in only 28 hours and 45 minutes. Normally, for the route from Ruh- polding, Germany, to Kasern, South Tyrol/Italy, trained mountain athletes need between three and six days. Böhm conquered the distance with its 210 kilometers and 10,500 meters of vert non-stop without any long breaks or sleep. The 41-year-old significantly undercut his own goal of 36 hours. Together, Böhm and mountain endurance specialty brand DYNAFIT are donating 13,000 Euro to the non-profit Albert-Schweitzer Children’s Village and Family Facility organization, which is actively committed to helping disadvantaged children, youth and families.

After extreme athlete Benedikt Böhm had crossed the Alps in 2006 together with five colleagues in a record time of just 2 1/2 days, he wanted to take on the route in one push and dedicate the project to a good cause. The starting gun for the “Speed Transalp – Non-stop” went off at 6 a.m. on March 9 in Ruhpolding. Böhm traveled across the main Alpine ridge toward Kasern in eight stages. In Seegatterl, Lofer, Hochfilzen, Hinterglemm, Jochberg, Neukirchen and Krimml, there were aid stations and gear stops where the speed alpinist could warm himself briefly, change, and get food and drink. In order to guarantee good, steady progress, a six-person scouting team in the days prior set continuous tracks and marked the route.

During the project, two veteran mountain guides were always at Böhm’s side to ensure his safety and to intervene or take action in case of emergency. That was in no way necessary at any time. On Sunday, March 10 at 10.45 a.m. Böhm reached the mountain village of Kasern, thrilled but also exhausted. For the 210 kilometers and 10,500 meters of vert, he needed exactly 28 hours and 45 minutes – an unprecedented success and an athletic performance that also pushed the experienced speed alpinist to his limits.

“The Speed Transalp war an indescribable experience for me. I am totally done, my feet hurt, and my entire body is sucked dry. I can hardly wait to crawl into bed, yet at the same time I am incredibly happy that I did it,” said Benedikt Böhm about the Speed Transalp. “One big thank-you to my entire team for its support and prep work. Without all of you, this would not have been possible. Thanks, too, to everybody who followed the activity and supported it. I am very happy that we can make a donation to a good cause with this athletic activity. A really nice sum is going to the Albert Schweitzer Children’s Village and Family Facility.”

Headbands for a good cause – Böhm matches all proceeds.

To support the project of managing director and brand ambassador Benedikt Böhm, Mountain endurance brand DYNAFIT came up with a special promotion. From March 4 to 10, 2019, the Performance Dry Slim Headband was available for a special price of 10 Euro (normally 18 Euro). All proceeds will be donated in their entirety to the Al-bert-Schweitzer Children’s Village and Family Facility. Benedikt Böhm, himself father of three children, had promised to personally match proceeds if he succeeded at finishing the Speed Transalp in less than 36 hours. In total, with the headband sales and the contribution by Böhm, 13,000 Euro was collected that will be donated to the Albert-Schweit- zer Children’s Village and Family Facility.

Skitouring Speed Transalp to set a record and for a good cause: Böhm crossed the Alps on touring skis from north to south in one push in only 28 hours and 45 minutes. Photo credit: DYNAFIT/ Your Big Stories.