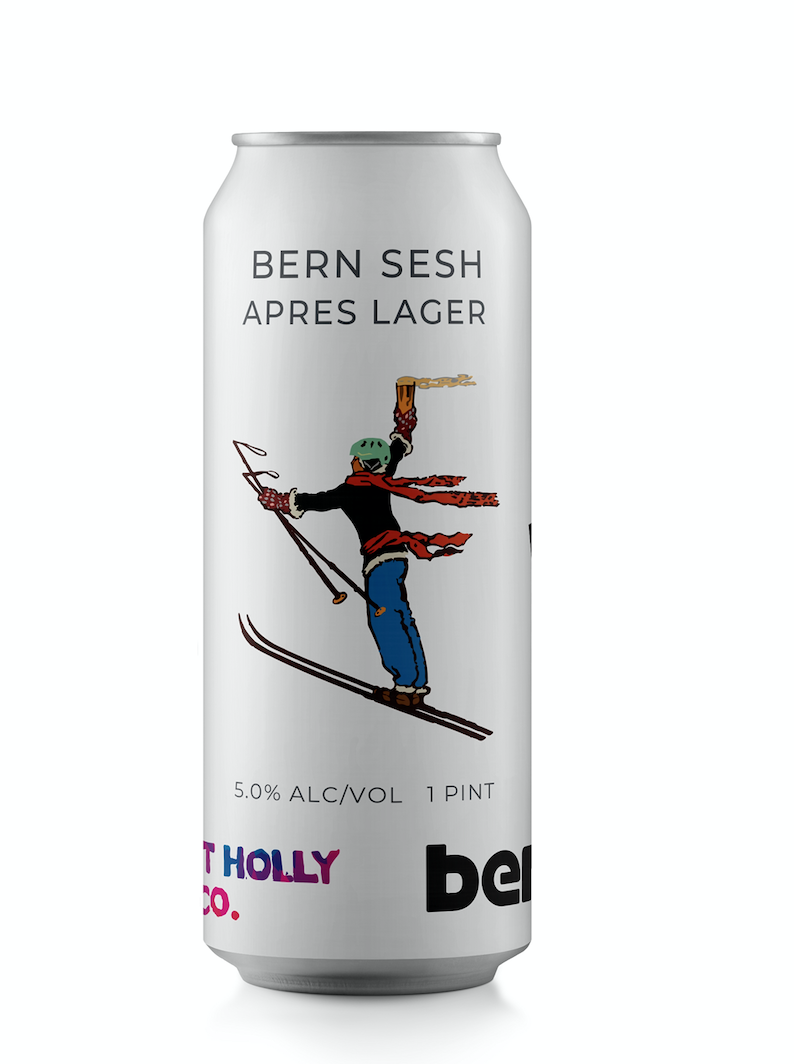 This release marks the first collaboration between Bern Helmets and Mount Holly Beer Co., two New England-based companies. Mount Holly Beer Co. brews lighter-bodied beers with a lower alcohol by volume (ABV) for easy drinkability. Using quality ingredients such as spalter select hops and a fine-tuned brewing process, Mount Holly’s selection of IPA’s and Lagers stand out with hoppy tones and ABV’s below 6%. To celebrate the partnership, Mount Holly and Bern will host an event at Hops on the Hill in Killington, Vermont on January 15th.

“It is great to join forces with another New England company, especially as the partnership came about very organically,” says Founder and Chief Strategist at Mount Holly, Daniel Tilly. “Bern is big in the snow industry, so we thought what better than to brew the perfect beer for being up in the mountains.”

“The team at Mount Holly Beer Co. is incredibly creative and loves the outdoors like us,” said Mickey Russell, social media manager at Bern Helmets. “This project was as fun as it was beneficial for both brands. With snow finally arriving in New England, we know consumers are heading to their favorite resorts to get first tracks and looking forward to that first beer after a long day on the slopes.”

Mount Holly Beer operates a half-barrel pilot brewery in Mount Holly, Vermont where they test ingredients and develop new recipes, working with breweries in Vermont and abroad to brew their beers on a commercial scale. All of Mount Holly’s beers are made by the experienced crew at Rutland Beer Works. Inspired by country life and Nordic simplicity, Mount Holly beers are geared towards legendary drinkability and have a focus on ingredient selection. For more information, visit www.mounthollybeer.com.

Located in Plymouth, Mass., Bern, privately held, originally invented The Famous Bern Baker designed by veteran Jonathan Baker and worn by Seth Wescott, winning Gold in the snowboard cross in 2006 Torino Olympics introducing the “stealth Brim style” to the world. Today, Bern is building upon its 15-year legacy of pioneering street-inspired gear that sets the tone for style, comfort, and safety on the streets, park, trails, slopes, and on the water.

Bern focuses on designing stylish, innovative, and purpose-built helmets that appeal to action sport devotees looking for something a little out of the ordinary. Being the original all-season helmet brand, the Bern team is passionate about being active, and having fun. Bern strives to make high-quality products that speak to kids, commuters, casual riders, and dedicated athletes. Bern recognizes the fact that today, consumers are searching for alternative modes of transportation and is 100% committed to developing a durable, versatile performance product that excels in the micromobility category. Working with both in-house designers and respected experts in the field, Bern expects to introduce a helmet for micromobility in 2021. Bern is committed to its mission of providing enthusiasts with an experience that will help them Stay Out There and get the most out of doing the things they love.