Beyond Coastal Expands its Athlete Team to 13 in 2018 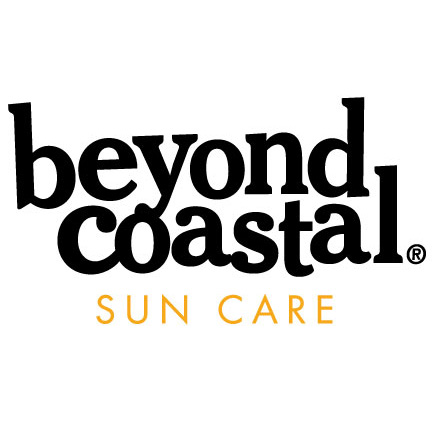 Sun Valley, ID. (Sept. 13, 2018) – Beyond Coastal, manufacturer of premium sun care products, recently welcomed three new athletes to its Athlete Team including skier Hadley Hammer, endurance runner Joseph Gray and Ultrarunner Ian Sharman. Started in 2018, the Beyond Coastal Athlete Team has grown to 13 athletes in less than a year. Created by athletes, for athletes, Beyond Coastal is dedicated to protecting these men and women as they pursue their sport with safe, natural and effective sun care products.

“I’m super stoked about growth of our team. We’ve loved building the Beyond Coastal athlete team with top-notch athletes and are thrilled to have them join of our community,” said Beyond Coastal Director of Marketing Colleen Gilligan. “Joe, Ian, and Hadley are all phenomenal athletes and perform at the highest level.  They are each also very conscious about what they are putting on their bodies and what products they are using, making them great fits for the brand.”

Hadley Hammer grew up in Jackson, Wyo., and has made a name for herself as a talented freeskier. She competed in the Freeride World Tour and recently transitioned to an adventure and ski film career. She is the only woman and second skier to have ever dropped in on ‘Corrugated,’ the forbidding wall of spines in the Alaska/BC backcountry. Hammer lives for the balance of a big mountain skiing lifestyle and touts titles like sommelier and gourmet chef on her days off the slopes.

Joseph Gray is considered one of the most diverse long-distance runners in the world with world titles in snowshoe running, mountain running, and trail running as well as USA National Championship titles in cross country, track, road racing, mountain running, trail, Ultramarathon and skyrunning. In 2008, Gray made history when he became the first Black American to make the USA Mountain Running World Team. In 2009, he took it a step further and became the first Black American to win the USA National Mountain Running Championships. He has represented Team USA 28 times in his career, earning more than 20 global medals. When he’s not “on the run,” Gray gives back to his southern Colorado community.

Ian Sharman has been racing around the world in all styles of events since 2005 and coaching since 2010. He has run 200+ ultras and marathons (PR: 2:21) and won 50+ multi-day races, road marathons, trail ultras and adventure races. His running has taken him to difficult and beautiful mountain terrain including the Himalayas, Andes, Rockies and European Alps. He holds the record for the 100-mile trail race in the US (12h44m) and the Grand Slam of Ultrarunning (69h49m). He won the USATF 100-mile Trail Championship twice and is the 2013, 2015, 2016 and 2017 Leadville Trail 100 Champion. When he’s not earning another title or breaking a world record, Sharman writes for Ultra Running Magazine and his personal blog and mentors aspiring world-class runners.

Beyond Coastal Sun Care’s products are especially formulated for tough conditions during all-out adventures—the types of activities that these athletes live for. The Active 34 formula offers broad-spectrum and water-resistant protection and features clean ingredients that rub in clear with no odor or residue. Beyond Coastal products are—and always have been—100% oxybenzone-free and include healthy inactive ingredients such as shea butter, aloe, rose hip oil, sesame, jojoba, and sunflower oil.

For more information on Beyond Coastal’s products visit www.beyondcoastal.com

Beyond Coastal was founded in 2006 with the goal of offering clean and healthy sun care products for those who live their lives in the outdoors. Beyond Coastal products are broad spectrum, water-resistant and designed for outdoor athletes who require maximum protection for intense, prolonged exposure to the elements. Formulas are created with hard-working, natural inactive ingredients in order to deliver safe and long-lasting protection. All of Beyond Coastal’s products rank as some of the safest on the market by the Environmental Working Group seven years running. For more information, visit www.beyondcoastal.com