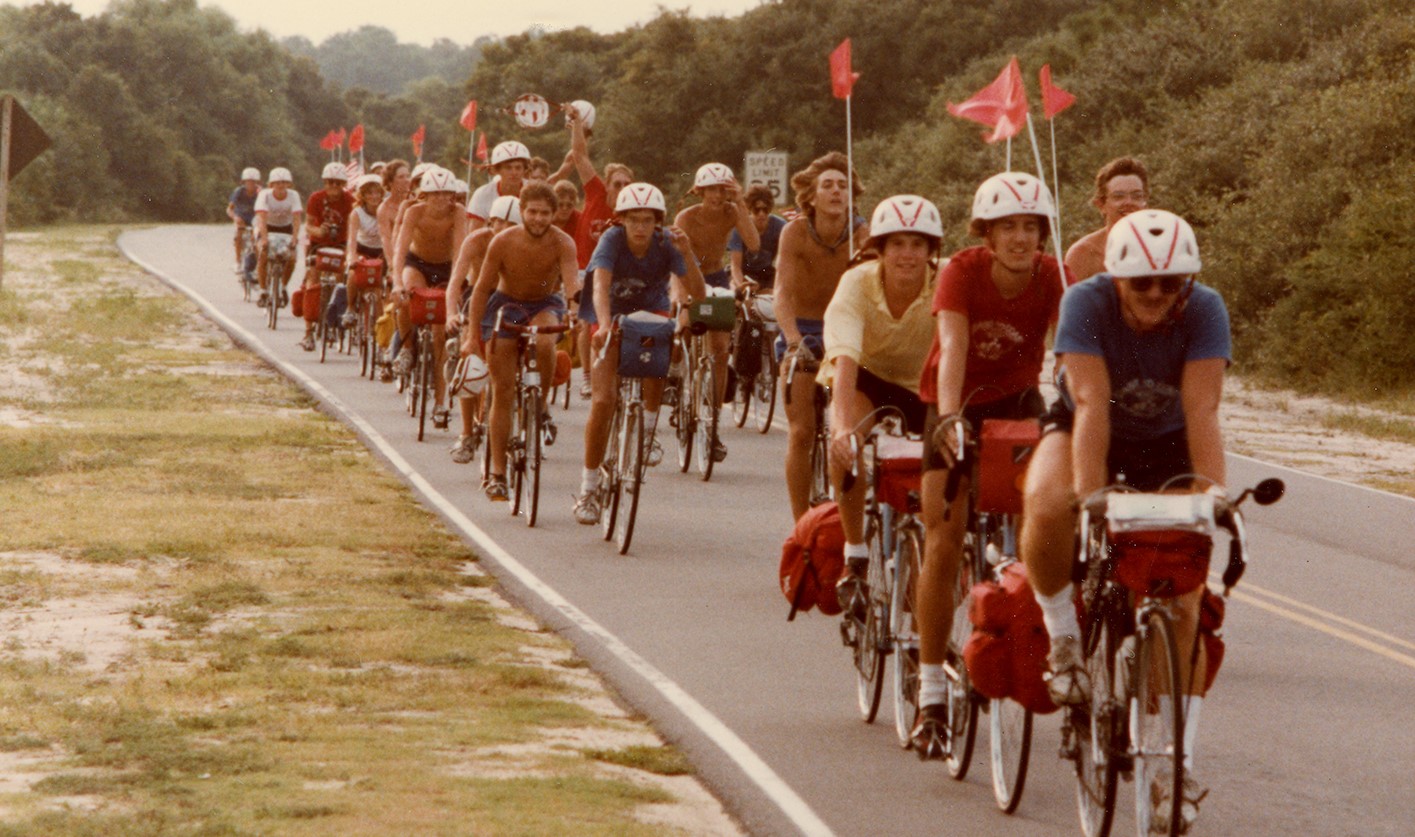 Asheville, North Carolina (Sept 29, 2022) /OUTDOOR SPORTSWIRE/ – Can one bike ride change your life? That topic is the essence of a new documentary film, “Shadow of a Wheel”, by award-winning production company Bonesteel Films, and the answer is a definitive YES. Having produced numerous documentaries for PBS and others, Bonesteel recently turned its lens on a 1982 cycling adventure where 31 teenagers – some with almost no cycling experience – rode bikes over 3000 miles eastward across the US to raise money for Multiple Sclerosis.

Slated as a 4-part series, “Shadow of a Wheel” is currently being considered for broadcast on PBS, along with other distribution avenues, for release spring/summer of 2023. The team has brought in SIMBOL Communications to help develop sponsorships and provide general PR services to bolster potential viewership.

Along with its inspirational power, “Shadow of a Wheel” is also partially autobiographical, as Paul Bonesteel, founder of his namesake production company, was one of the kids who completed the ride. “This is the true story of regular American teenagers who came together that summer to share the journey of a lifetime, and we were all transformed in the process,” says Bonesteel. “We were ‘spokes-people for America’ setting out to raise money and awareness for MS and experienced a summer filled with intense challenges, humor, mishaps, personal discovery and tragedy.”

Bonesteel considers the ride – and perhaps more poignantly all of the other aspects of the adventure – nothing short of life-changing for him, and others echo that feeling just as passionately. By weaving together deeply personal interviews, iconic music, found footage and period photography of that life-altering summer, it celebrates the journey and uncovers the lasting value of any experience like this.

“It answers the question of why this group of high-school kids enlisted in this extremely ambitious idea – and managed to pull it off, despite many being novices, less-than-ideal equipment and a host of other challenges,” Bonesteel adds. “But it goes much deeper than the asphalt they covered: The ‘shadow’ of the ride, and its lasting influence on the participants, is a powerful theme throughout the narrative, with riders going deep into their personal stories of how the summer of 1982 helped them persevere future tragedies and life setbacks, and helped inspire many of their life achievements.”

Lifelong cycling enthusiast and SIMBOL Co-Founder Scott Boulbol adds, “As a teen myself in the 80’s, it’s absolutely unfathomable to have even thought about accomplishing something like this. It’s fascinating to see these kids achieve the seemingly achievable and transform over the summer; but it’s also tons of fun seeing the clothes, the bikes, the hair – so much hair! – and to ride the emotional roller coaster along with them.”

While the film is nearly finished, Bonesteel Films is still looking for more entities to help sponsor the film’s completion and its release across all levels, including a Title Sponsor who would receive premium credit placement on the broadcast. Sponsorship and underwriting opportunities will connect brands to a broad and diverse audience that has interest in and passion for the outdoors, cycling and life changing adventures.

Along with PBS’s broadcast, the producers hope to submit the film to festivals and screen a shorter compilation of the four episodes at cycling events, retailer events and other venues.

About Bonesteel Films: Since 1990, Bonesteel Films, a media production collaborative based in Asheville, NC, has produced over a dozen feature-length documentaries, with most airing on PBS. Our purpose as filmmakers is to illuminate the bridge between the past and the future; to dig deep into people’s lives and experiences with an intention to captivate, activate and inspire an audience.

About SIMBOL Communications: SIMBOL Communications formed to help brands tell truthful, authentic stories in the outdoor, cycling, and fitness industries, through exposure in a wide variety of media outlets, developing creative content and sports marketing services. With their multiple decades of relevant experience — as both industry professionals and competitive enthusiasts — the founders of SIMBOL have all the tools to get powerful stories to the right audience.